This submission came via email from Marilyn Bates, a Mayo Clinic patient.

Bulbs crack the soil as sleet clears from Pittsburgh streets. Spring is almost here or so I think. Not so in Rochester, Minnesota, where my sister and I journey along I-90 to the Mayo Clinic. Here, plains are snow-swept and box elders border an occasional farm, the landscape stark and icy.

Procedures performed at the Clinic are often above and beyond those achieved at other medical establishments. Physicians there are not afraid to undo medical mistakes made by others. I am looking for a solution to my dilemma of coping with a missing left kneecap.

Previously, I suffered a broken kneecap (patella) in a fall in my driveway. The physician who initially mended my knee removed the patella entirely because it was fractured in five pieces. Regrettably, the inevitable happened. When walking down steps, my knee collapsed, my leg buckling, unable to bear weight. In the process, I damaged the tendon that held the knee together. I broke both elbows in falls over the next few months as the knee collapsed regularly. The only advice I could receive from local physicians was to use a walker and wear a rigid brace that required both hands to release it when bending into cars or sitting down. It was life-altering and made living autonomously impossible.

Simply stated, the kneecap is central to walking because it acts as a fulcrum when leg bones move from a fully straight leg to a bent knee. The powerful quadriceps muscle (thigh muscle) inserts into the upper surface of the kneecap. When contracted, it pulls on the patellar tendon to straighten or flex the knee joint.

Most people think a missing kneecap can be mended with knee-replacement surgery -– not so. Metal parts, used in knee replacement surgery, cannot be substituted for a kneecap which is a bone attached to living tissue. This complex extensor mechanism can be replaced but only with a “transplant” from a cadaver, called an allograft.

My appointment in the Orthopedics Department at Mayo was late in the day. We’d been keeping an eye on the weather for days, hearing of snow storms to the south in Wisconsin, watching the skies warily from the 14th Floor of the Gonda Building.

The Mayo culture is conservative. Everyone is professionally attired with neat haircuts -– no ostentatious jewelry, facial hair or earrings. Even the pharmacists in St. Marys Hospital wear suits and ties.

Like all Mayo personnel, the young resident who initially interviewed me wore an elegantly understated suit. He was extremely friendly as he recorded my medical history -– heart by-pass surgery, back surgery, a popiteal bypass in my left leg, breast cancer and most foreboding of all, 60 years of diabetes. Trying to minimize my anxiety as I showed him my leg, he remarked, “Nice lined slacks for the winter weather.“ I chuckled, “Only someone of your sartorial splendor would recognize the lining.” We all laughed.

“Dr. Pagnano will be in to see you shortly,” he said. “I know what he is going to say, but I’ll let him tell you.” My sister and I sat in silence, wondering what his remark meant. Was Dr. Pagnano going to give me the bad news -– that my medical history rendered me unfixable? Experiences in the past led me to see myself as a “broken person” who was better off “patched” with paraphernalia and assistive devices than subjected to additional assaults on the body. Inferentially, I was a risk to the surgeon’s reputation.

Dr. Pagnano entered the exam room with an entourage of physicians and his Physician’s Assistant, Pat Taylor. After asking a few questions and seeing me walk, he described an involved surgery called an extensor mechanism repair using an allograft, which is another name for a cadaver kneecap and tendon. During the operation, I would receive a new patella tendon, using a cadaver’s achilles tendon which would be connected to my shin bone. The tendon would be tunneled upward and implanted in my quadriceps muscle. The kneecap replacement was really like putting together a puzzle -– selecting a cadaver kneecap that was suitably sized to my anatomy and etching the piece to “click” in place under maximal pressure. Then the leg would be encased in a formidable toe-to-upper-thigh cast until it healed, 6 to 8 weeks later. After, a brace is worn for another six weeks as my knee acclimates to a 90 degree bend. And then he paused.

A long period of silence elapsed before I realized he was waiting for me to respond. I didn’t understand that he was actually offering this operation to me because it sounded so radical and no one in the Pittsburgh area ever suggested it.

Finally, I realized it was my turn to speak and asked in disbelief, “You mean you would actually do this for me?”
And he responded simply, “Yes.”

After the operation, enduring the cast was rigorous because I could do very little unassisted, but I kept telling myself all that mattered was that I had received a new knee and would one day walk. I kept saying, “You can do this.”

Mine was a good tenure at Mayo, which included a wonderful woman at Samaritan Bethany residence, where I rehabbed. Her name was, “Comfort.” She helped me during the long nights when sleep was impossible. Terms that I use when telling others of Dr. Pagnano are that he was brilliant and fearless because he knew he could “fix me,” and wasn’t afraid to proceed. He made me feel that I deserved to have a better life, unlike others who viewed me only in terms of my physical risks. Compassion was the true healer in my experience at Mayo -– one person’s reaching out to lift a little of the suffering of another.

I would really like to know the availability of receiving a new kneecap. My knee cap was removed in 2014 with no warning or really given a reason. I am sure it must have been fractured due to my knee twisted after getting out of the shower without the brace due to breaking my femur 5 to 6 weeks earlier.
I am 56 years old in good Heath other than than the missing knee cap. I do have a rigid brace but my life has been totally upset with no expected good results. To walk comfortably or mostly comfortably would mean an outstanding relief to me. I live in Maryland and was given no good answers regarding receiving a new kneecap? Any help or information about would be extremely appreciated. 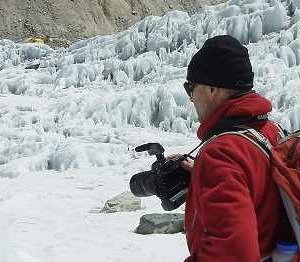 Thanks for your question. We will forward it along for a possible reply.

I had total knee replacement on both knees in 2012. I always had pain in the right knee, pain had diminished in the left one approximately a year after surgery. I returned to my surgeon in Nov. 2017. X-rays showed break in the right patella. Dec. 11th the patella was removed. The surgeon has suggested my only option at this point, due to the pain, is a cadaver patella replacement. He has never done one. I’m curious as to how long it takes to find a replacement cadaver patella, recovery time, etc.

My 21-year-old daughter with mixed ataxic and spastic cerebral palsy went through leg reconstruction surgery of her right leg this past August and is slated to have her left leg done by early Spring. The previous surgery involved a 20 degree right rotation from the femur just above the knee and the straightening of the tibia with a wedge shaped cut just below the knee. Additionally, the doctor performed a basic cleanup of the knee joint and did a slight release of the tendon holding her knee cap about two inches above her knee joint. As I am sure you can imagine, the complications of the CP have brought a great deal of complexity to this procedure and her recovery. While her physical therapy was helping her to progress a good deal during the first few months, she has recently reached a plateau. Therapists and the doctor all agree that her knee cap is the culprit, as it has moved to the far right of her knee, completely outside of where it should be tracking. At her last appointment, the doctor suggested a patellectomy and gave a convincingly logical argument that it would “free her knee” to be able to continue making progress with bending and general mobility. As I have researched the potential complications associated with a patellectomy, it seems that knee dislocation can be a common issue; the very issue she was having prior to surgery and that set her on a quest for a solution.

This article and the recommendation of Dr. Pagnano caught my attention as we are seeking out professional medical perspective before going forward with a patellectomy. As we are located in Tennessee, your Jacksonville, FL, location would be more practical for us. Do you have a doctor at that location who has performed similar procedures to those of Dr. Pagnano, or, would a teleconference be a viable option?