Jill Camirand: Off and Running 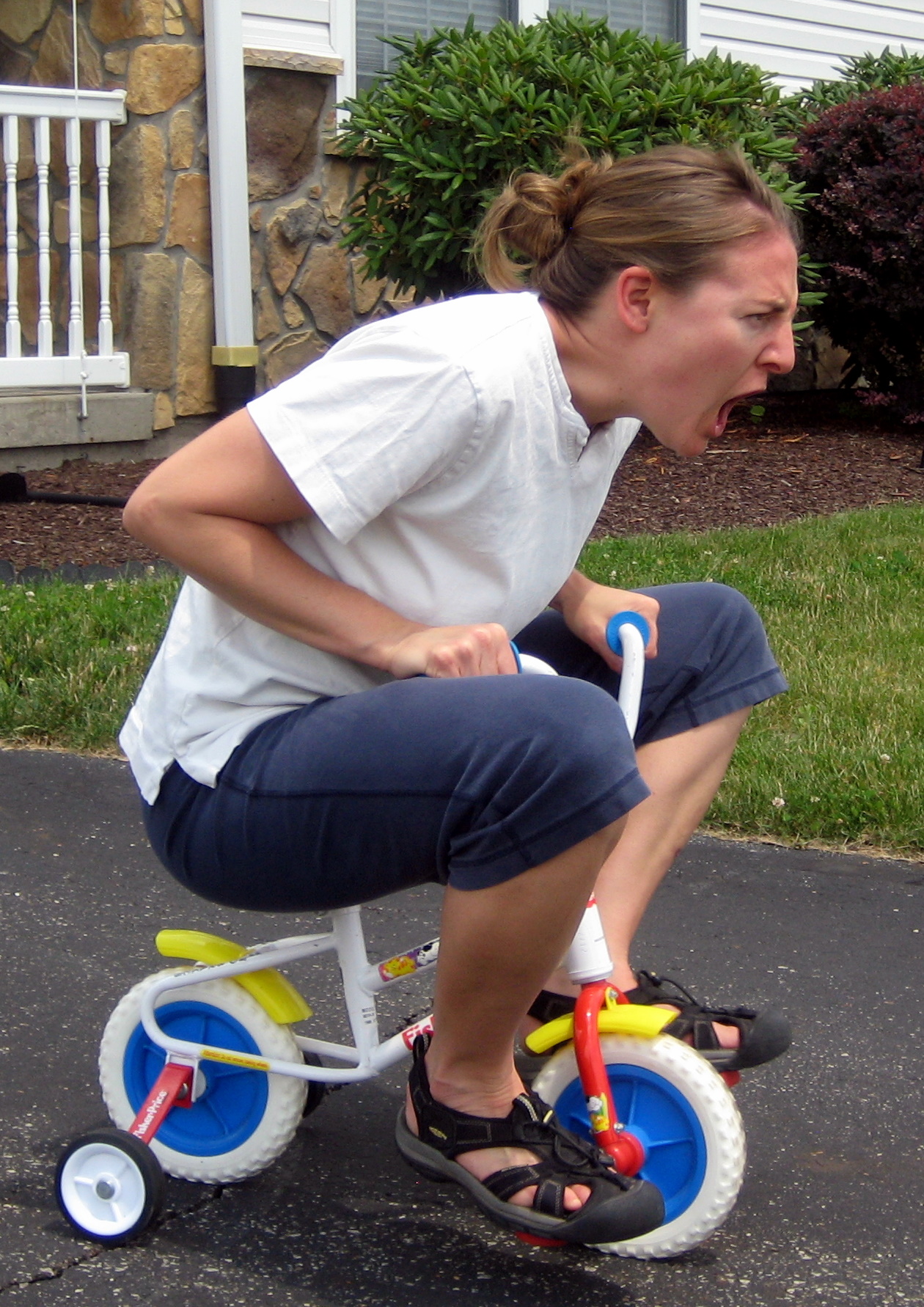 Jill Camirand likes to keep moving. When she finished college in New Hampshire the first thing she did was get on a train and go. She didn’t have a particular destination in mind, she just wanted to see where it would take her.

Now some 10 years later Jill lives in Flagstaff, Arizona, and is an active runner, cyclist and world traveler. She is determined, full of life and still moving.

She wasn’t going to let cancer stop her.

Jill, 33, a massage therapist, is affectionately described by her husband, Rob, as a “healthy, organic-eating, tree-huggin,’ non-smoking, hippy chick.” Her adventurous spirit was tested last year when she started having strange headaches that she later found out were the first signs of a cancerous brain tumor.

“One day I was running and I had the first of what I called the moments,” Jill said. “I would get intense headaches and become confused. Because I was in the middle of remodeling a house, everyone thought it was stress. I pretended that nothing was wrong and I got pretty good at it.”

Assuming it was stress, Jill did what came naturally to her: she took a trip to relax – this time to the Galapagos Islands. When she got back, however, she still didn’t feel quite right. Her headaches and confusion had increased, and she started to have other symptoms as well.

“I finally had to put my foot down with my medical care,” Jill said. That’s when Rob took her to Mayo Clinic in Phoenix, Ariz.

I wasn’t worried, I was relieved

When she arrived at Mayo, the doctors found that Jill had a brain tumor the size of an avocado. The diagnosis was a silent, slow-growing oligoastrocytoma, a tumor that attaches to the brain and grows to create pressure, headaches and other symptoms. Richard Zimmerman, M.D., Mayo Clinic neurosurgeon, said that when Jill came to Mayo she had undergone a rapid change and was in an extreme situation. He added that, fortunately, she had come to the right place at the right time.

When the doctors broke the news to Jill that she had a serious tumor and needed surgery right away, her first reaction was relief.

“I was so relieved that someone found out what was going on. I had become so frustrated that no one knew what it was for so long,” she said. “It can just sound so horrible when you hear about all this but I just didn’t want to go there …When they told me I said: cool, now take it out.”

Jill underwent two surgeries at Mayo Clinic to remove most of the tumor from her brain. Following the surgery Jill’s treatment plan included months of radiation and chemotherapy to destroy the remainder of the cancer cells.

In the days just after Jill’s surgery, it became evident to the medical team at Mayo Clinic that this determined, athletic woman faced her condition like a runner preparing for a race.

“She is an amazing person,” said Alyx Porter, M.D., Jill’s neurologist at Mayo. “She has a passion for life and a great sense of humor. She was accepting of the diagnosis and willing to be aggressive to fight it head on – she is an inspiration and a joy.”

Within a few short weeks, and with her doctors’ clearance, Jill was back to cycling and short runs despite going through her treatments. In a matter of months she built back enough physical strength to run a 10K race. Although never one to set lofty goals, Jill has set her sights on competing in a marathon this spring in Big Sur, California.

“If I can go through cancer, I can do a marathon,” Jill said. “My goal is just to finish. I can read my body pretty well and if I have to stop and walk, well, what a pretty place to do it.”

Dr. Zimmerman, who performed Jill’s surgeries, said that within her story is a great a message of hope, fighting and winning. The fact that she returned to her normal life, an “exceptional life” in terms of physical condition Dr. Zimmerman says, is testament to her full-steam-ahead spirit. Jill’s progress amazed her medical team and everyone around including Rob who has been with her stride-for-stride during her treatment and recovery.

“At the 10K, it was so inspiring to see Jill cross the finish line a mere three months after two brain surgeries, and six weeks of chemo and radiation,” Rob said. “Her treatment is the biggest race of her life. We've got the best doctors in the world and we're in the best place in the world for this. She was in good spirits going into this and I know she's going to come out of this better than ever. I am so proud of her.

“It's a long road that lies ahead, but there is sunshine at the end.”