Sharing Mayo Clinic is a place for patients and employees to share their Mayo Clinic stories. Often patients submit them by email, or as a comment on one of the posts. Sometimes we have patients call us when they are on campus, and our team can capture their story via video. See options for how you can share your story here.

In early December last year I received an email from a young man named Casey Berner, who is a freshman studying photojournalism at the University of Missouri. He was coming to Mayo Clinic for a procedure later that month, and asked if he could, with his mother, produce a short documentary about his experience. He planned to enter the documentary in a film festival at school, and said he would offer it for Sharing Mayo Clinic as well.

We helped to facilitate this project with Casey, his mother Marie and his physicians, and only after his visit did I learn that Casey's work in photojournalism was already being recognized. His photo of a high school football game was a finalist in a photo contest connected with the Super Bowl, and was eventually named the Grand Prize Winner. 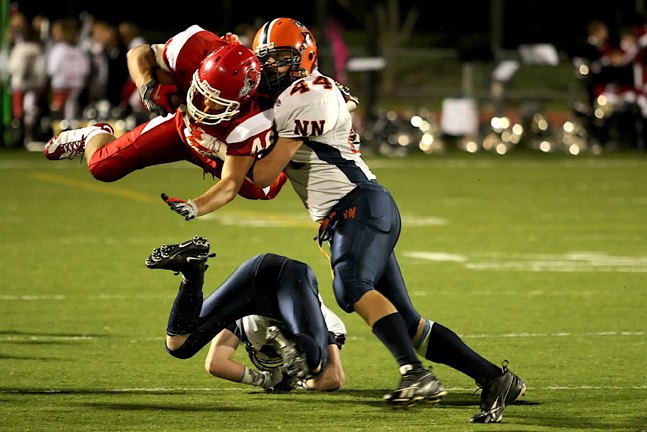 Casey received a trip to the Super Bowl in Miami for his photo, and he also will be recognized at the Pro Football Hall of Fame in Canton, Ohio later this year.

Casey's Mayo Clinic documentary, which won the top documentary in the Silver Screen Film Festival, is embedded below. Here is how Casey described its purpose:

Documenting a two-day visit to the Mayo Clinic in Rochester, Minnesota, for a procedure for an extremely rare disease, this film showcases how millions of people look normal on the outside - they go to school, go to work and live what seems like normal lives - but behind closed doors, they’re dealing with medication, doctors and insurers. It’s a huge added stress that most people don’t ever see.

Thanks to Dr. Dale Ekbom, Dr. Harvinder Luthra and Dr. Mark Brutinel for their cooperation, and to Eric Sheahan from Mayo Clinic's video unit for helping with the surgical footage.

Lee Aase is manager of syndication and social media at Mayo Clinic.