Helping the Girls of the Congo: Part Ten (Thursday)

The following is another update from the Mayo Clinic team that was in the Democratic Republic of the Congo last week.

Housing for the women waiting for surgery at Panzi Hospital, Democratic Republic of the Congo

"In the car on the way to Panzi, we had time to discuss with Dr. Mukwege a plan for continued collaboration between our group and Panzi. He had told us earlier in the week that one of the most important goals for his hospital and staff is to establish a strong research program at Panzi, which in turn will attract important government recognition and funding. He also wants Panzi to serve as a standard for high level, accountable care throughout the DRC. After morning report for the various pediatric, medical, and surgical services, Dr. Mukwege called a meeting of all the staff and our team. He challenged his staff to work with us over the remaining two days to identify a strategic plan for developing research collaboration, as well as goals for their own academic progress. We then had a chance to express our appreciation and admiration for the staff and the work they are doing.

Following this, Dr. Sean Dowdy and Dr. Emanuel Trabuco headed to the OR. They were able to demonstrate the assembly and use of the new cystoscopy set that we brought for the hospital. The cystoscopy worked beautifully, and the OR staff cheered when they saw the clear images on the screen. This was a very complex case of an 18 year-old woman who had lifelong urinary incontinence, due to an extra ureter emptying into the vagina. The team was able to divert this ureter to the bladder. When she wakes up from surgery, she will be dry for the first time in her life. 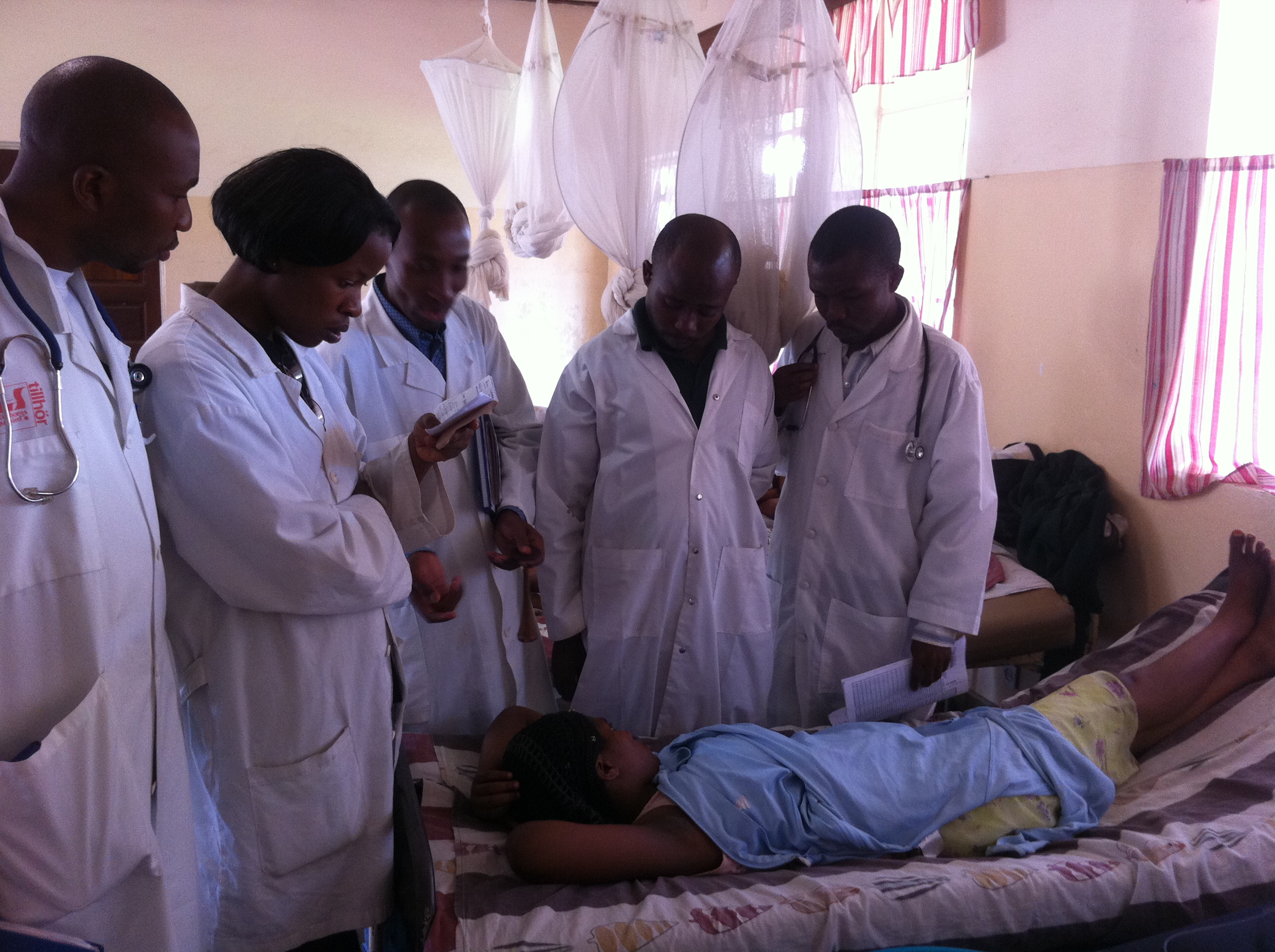 Dr. Doug Creedon went to the inpatient OB-GYN ward and did bedside teaching and lectures with the medical students. Dr. Phil Fischer spent the day teaching pediatrics to the medical students – the crowd of students following Phil grows daily. Dr. Deb Rhodes spent the day in the cardiology clinic and worked with the internal medicine staff to establish ideas for future collaboration. The Mayo and Panzi staff were so enthusiastic about the project ideas, and we later discovered that 3 staff members have signed up for English lessons starting Monday so we can better communicate."