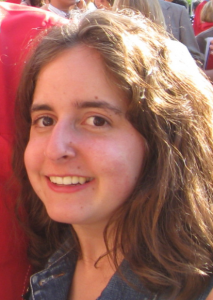 Birthday gifts, Christmas gifts, graduation gifts…we’re set in a society that longs after gifts.  I have learned, however, that the most important gift one can receive is a clean bill of health.  I have not had the pleasure of knowing what that is truly like.  I have been sick on and off for the past twenty-two years.

I have learned to be content with the day at hand, not knowing what tomorrow may bring.  But through my struggles, trips to the doctor, tumors, surgeries, medication, and the like, I may soon get better, knowing and sharing with others what the gift of good health truly is.

Medullablastoma is a very rare and often fatal type of brain cancer.  At age one I was diagnosed with this cancer, having a tumor in my brain the size of an orange.  Living in California at the time, I was taken to the UCLA Medical Center, where the first of two surgeries took place.  The tumor was removed, three weeks later it re-grew; nearly 1/3 of my brain was removed during the second operation. Doctors informed my parents that I had a 10% chance of survival, even then it was likely I would never walk or pass a third grade learning level.

Despite my grim outlook, I beat the odds.

However, living through two brain operations, radiation, and a year of chemo therapy does not come without consequences: I have no hair in the back of my head, loss of balance, diminished fine motor skills, lack of good hand-eye coordination, severe deafness, and weak eyesight.

My family moved to Minnesota when I was two years old. The years in elementary school were hard for me. I was teased and criticized.  It was hard for me to see the board, and I could not hear what was said to me; I resolved not to talk much at all.  I never fit in with any other kids.

During my junior year of high school, I was complaining to my mother of seeing “pictures” in my mind.  I was taken to the Mayo Clinic and hooked up to an overnight video EEG (electroencephalogram) monitor.  A day and a half later doctors came to my room, informing my mother and me that I was having seizures.  I was diagnosed as having epilepsy and complex/partial seizure disorder.  Because I was having seizures in so many different areas of my brain, surgery was not an option. So much trauma to my brain as a youngster, doctors did not relish the idea of another brain surgery anyhow.

Short-term memory loss was also a problem when I had seizures.  Finally, in early 2009, my Mayo Clinic Neurologist Dr. Jeffrey Britton discussed with my parents and me the potential of using the Vagus Nerve Stimulator. I had this stimulator implanted on November 2nd, 2009, by Dr. Meyer.  After just one month the device started to work.  I began going days without seizures.  I am confident this stimulator will continue to work, taking away seizures, allowing me independence and freedom in my life.

Struggling to expose myself to my worries, I spent much time at Mayo Clinic in CBT (Cognitive Behavioral Therapy) trying to work through my anxious thoughts. Finally, after some time, I was put on one drug that seemed to help me very much; as it became easier for me to expose myself to my worries, letting go of things I had no control over, and working through my anxieties.  Mayo Clinic has given me a firm foundation on which to challenge my anxious thoughts.

Radiation from my initial brain cancer is believed to have damaged my thyroid, leaving me with an appetite that could not be satisfied, and mood swings.  About a year and a half ago, Mayo Endocrinologist Dr. Charles Abboud discovered that my thyroid was not functioning and also had several tumors on it.  Two days before Christmas, 2008, Mayo surgeon Dr. Geoffrey Thompson removed it.  Final pathology reports came back, declaring cancer in the smallest of the tumors.  I was now put on a thyroid supplement.  Over the course of many months, my TSH (thyroid supplemental hormone) level was checked often, altering doses of the thyroid supplement frequently, until TSH levels were within normal range.  And seeing as my appetite was back to normal, and mood swings were gone, Mayo Clinic had helped solve just another one of my many health issues.

Everyday continues to be a struggle for me, but despite the many health issues I face, I continue to take comfort in the staff at Mayo Clinic.

I have found that there truly are blessings in everything where there is heartache.

Now I can focus on what I love to do—helping other people—thanks to Mayo Clinic, who helped diagnose and treat my sicknesses, enabling me to find new ways to cope with them, living my life despite my sicknesses.

Today, I volunteer with the foundation, helping those I may, speaking and inspiring many thousands of people.