Benny Andújar has traveled a long way from his native Utuado, Puerto Rico, to tell an important story.

“Cancer doesn’t always send a warning,” Andújar says about his experience with a precancerous condition called Barrett’s esophagus.  A routine endoscopy gave him the information he needed to unmask esophageal cancer before it developed.  “When they did the endoscopy they discovered I had Barrett’s esophagus,” recalls Andújar.  His doctor referred him to gastroenterologists at Mayo Clinic.

Andújar, who retired from detective work with a New York police department and now lives in Orange Park, Florida, visited Mayo Clinic in Jacksonville, Florida, for state-of-the art treatment to correct the lining of his esophagus before cancer cells began to propagate.

Andujar and his doctors chose treatment with radiofrequency ablation. In this minimally-invasive procedure, doctors use an endoscopic tool through the mouth and lower it into the esophagus to deliver radiofrequency energy to the affected area. The outpatient procedure takes about an hour and the patient can return home the same day.

“I consider the procedure to be comfortable for the patient,” Andujar says. “I never had any complications from it.” Now, every six months, Andujar comes back to Mayo Clinic to monitor his esophagus through an endoscopic biopsy. “The last three have been negative, which indicates my esophagus was restored to its original condition before I had a problem.”

“My impression is that I had the best of luck to become a patient at Mayo Clinic,” Andujar concludes. “If we wait to have symptoms, it’s already too late. The consequences are much worse than if you find out the problem on time, as I had the opportunity.” 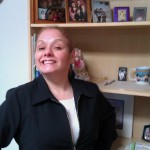 I would like to ask Benny Andujar if he is related to Jose Luis Andujar from Utuado, Puerto Rico. I believe we are related. He can write to me over email if he thinks we are related. My email is: pflovespark@sbcglobal.net Thank you. Alicia Feliciano

I had breast cancer 8 years ago and since then I have had very bad pain in my feet. I have been on so many pain killers with no success. I read that the Mayo Clinic uses the re builder. I am interested in purchasing one of these machines. They are very expensive, so I need to get some feed back as to the success of it before I purchase. Please help as I am in bad pain.