Living With Myelofibrosis (Part 2 of a 4 part-series) 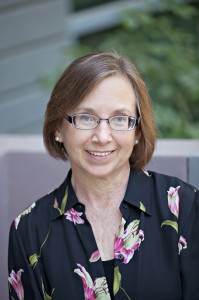 In this entry, I’ll talk about how the disease started and a look into how I was affected. Bear in mind that every case is different and you shouldn’t conclude that you’ll go through the same things I have. My case, in fact, is more dramatic than most.

I first suspected that something was wrong when I began to lose some of my mental quickness and my physical energy. I also had many other symptoms: bleeding gums, bloodshot eyes, flushed complexion, and abnormally long periods. I saw different specialists for each problem. Then a blood test ordered by my internist revealed very high red, white, and platelet counts. Referred to a hematologist/oncologist in my health plan, I was studied periodically by him but received no treatment. He thought perhaps I had Polycythemia Vera but wasn’t sure.

Before I had time to get a second opinion, I had a brain stem stroke due to high blood counts. I had a beautiful near-death experience but returned to a body that was now rendered deaf in one ear. Not to mention an inability to speak without struggle, an inability to stay upright without hanging on to walls and nearby objects, and several long lasting neurological problems.

After this, I was no longer able to perform in the business world I loved. So, with my husband, also in poor health, we chose to retire quite early in life. We would make the most of this by selling our home and taking off in our RV. Prior to the stroke, I’d been told I had less than 10 years to live, so who knew what was left? I was eager to enjoy it whether it was brief or not.

I travelled to Mayo Clinic for the first time, where a doctor definitively diagnosed me with PV and began treatment. Initially, I took Agrilyn and was phlebotomized regularly. Thanks to orders which I could present wherever I travelled, I could continue on in the RV with my husband for over 2 years. When my counts became unruly and I began experiencing TIAs, travel ceased and my intensive research began.

I'll talk more about that in my next entry, but for now let me say that due to my research I changed my treatment to Interferon and Plavix. I also began flying annually to see specialists throughout the country. By that time my overabundance of blood cells changed to an underabundance and my diagnosis was changed to Myelofibrosis. It was a good thing that I knew what to do and who could help me. During that time, I experienced a fair amount of pain in my bones, joints and muscles, and I had debilitating chronic fatigue in spite of adding Procrit. I took 15 or more prescriptions, and had a long list of complicating issues. It took time to overcome this, but one issue at a time, I was gaining a toolbox of knowledge and techniques which eventually helped me reduce most of this and regain a pretty good life.

I’ll talk more about being your own best advocate in my next entry. . .

Hi, Thank you very much for being here. I have ET, soon to be diagnosed with MF. I too realize I need to be my own advocate. Gotta run. Talk more later.

Hello – My husband has ET but I am frightened that he may have Pre-MF. Could we talk more or connect outside of this portal. I would really like to connect directly with others with this horrible disease and share information.

Hi, My husband was diagnosed in 2010 with MF, but no recommendations for treatment were made. He now has spleen and liver involvement is being followed by a new hematologist in the Houston VA hospital. Just put together that his aunt had thrombocytosis and it appears from reading this that they could/ are related. Maybe he inherited the JAK2 gene mutation that predisposed him to this. Thanks for your blog, it is very enlightening.

Hi Sue – I would also like to connect you with you and talk about your experiences. Please let’s connect

Hi 🙂 My understanding is that ET and JAK2 are not hereditary. That can be pos and neg I guess :/