A Touch of Kindness Leaves a Lasting Memory 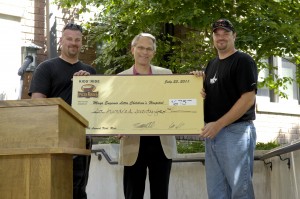 For the past five years, brothers Matt and Scott Conklin, along with many other motorcyclists, have traveled to Rochester from Glencoe, Minn., to raise money for the Mayo Eugenio Litta Children’s Hospital. The event has been a big hit year after year with young children from the hospital being able to watch the parade of motorcycles come down Saint Marys hill, followed by an opportunity to have their photograph taken while seated on the motorcycles. 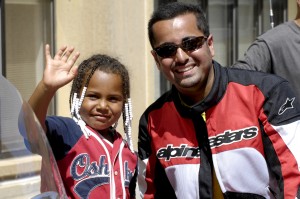 However, this year, part of the ride took place during a nasty storm, followed by intense heat in the afternoon. The extreme heat made it difficult for many of the young patients to be outdoors, so this year, the Conklin brothers were asked to surprise some of the children who were unable to be at the event. 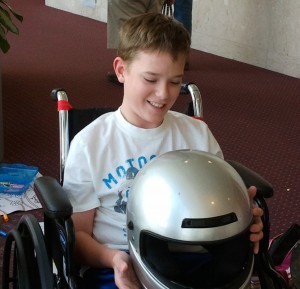 Jacob is autistic and was seen at Mayo Clinic for cerebral palsy. “We had a wonderful experience at Mayo. Jacob had wonderful care and everyone asked if there was anything they could do to help him because he is autistic and very sensitive to his needs,” Jacob’s mother, Candace Rotert, says. He had surgery around the time of the motorcycle event and was unable to attend due to the extreme heat and his foot being swollen. Jacob’s spirits were down and at times he was crying and not very cooperative with the hospital staff; he was very upset. But after he heard that the Conklin brothers were coming to the hospital to see him, his mood changed drastically.  “He became very excited and even let the nurses touch his foot,” Candace says. He was thrilled that the brothers took time to visit him personally and sign his cast. “It’s amazing how such a seemingly simple thing could make such a difference in a child’s life,” Candace says.