A Heartening Song: From One Patient to Another 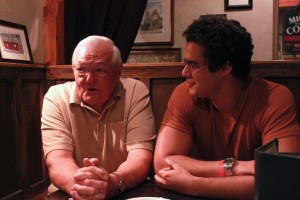 The young are bullet-proof.  Or they seem to think they are. That’s probably why we don’t see middle-aged X-games athletes.  Rare, too, is the 65 year old motocross racer or the social security recipient who spends his free time sky diving.  The line between good choices and not-so-healthy choices is often blurry for the young.  That line is wisdom; something older folks have in spades. Even the most adventurous middle-aged individual in his or her boldest moment is often content to live on the periphery of crazy.  They have already begun to understand cause and effect, whereas the young – particularly college-aged and twenty-somethings, don’t think about risk or the possibility of broken bones or social security.  They think even less about heart health.  But then again, most people don’t.

A local Jazz musician named John Thomas is one of those folks.

“When you’re young, you never think anything can happen to you. You never think you’ll come to an age when the old heart will start acting up,” says Thomas, now 76, reflecting on his antics while on break between sets during a gig at Culhane’s Irish Pub in Atlantic Beach, Fla.

Fresh off the first half of a two hour performance, the talented musician is also a Mayo Clinic patient dedicated to sharing his story about why he’s become an ardent support of the medical institution as well his continued support of the American Heart Association (AHA).

"In my younger years, I never gave much thought to what life could hold after 60 or even 70. I didn’t think I would get there,” he says. But he did. And while he discovered unexpected new and exciting life opportunities, experiences & pleasures, life caught up with him. 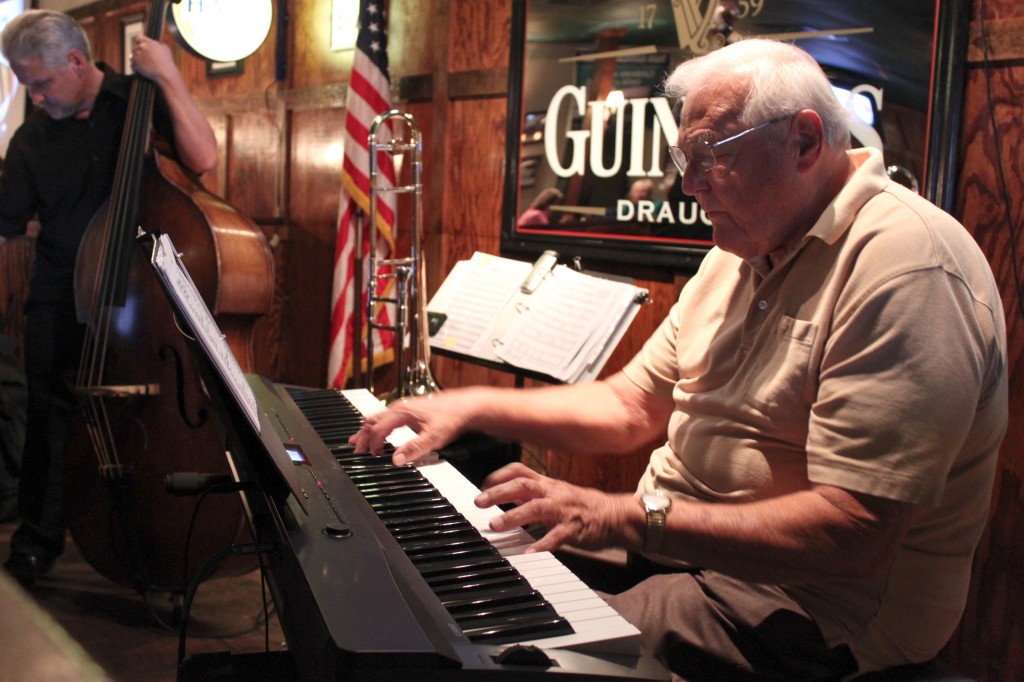 He recalls: “A few years ago, I’d suffered a serious heart event. I went to Mayo Clinic, where the treatment was absolutely marvelous and after a few days of tests, I was fortunate to learn that I didn’t require a heart bypass.  Instead, the decision was made to put a stent in. But the doctors told me I needed to make a few lifestyle changes,” says Thomas.

Heeding the advice of his doctors, Thomas made a commitment to change to his lifestyle and immediately volunteered for Mayo Clinic’s cardiovascular rehabilitation program which assists heart patients by teaching them strategies to maintain a healthy lifestyle.  Part of a program includes daily exercise which is, ironically, exactly what John was doing when he suffered another attack.

“As part of the program, I walked on the treadmill 45 minutes a day.  One day, while walking, I looked up at the television to a show I was watching and I saw two of them,” he remembers.

John’s temporary double-vision was the result of a mini-stroke.  In need of immediate treatment, he ended up back at Mayo and after a full series of tests, was fortunate to learn that there had been no damage.  “I was very lucky,” he says, knowing many strokes are debilitating with life-altering effects.

He credits Mayo Clinic for the quality of life he currently enjoys saying, “I probably would have suffered a major heart attack at some point, if not for the cardio-rehabilitation program which taught me how to notice the symptoms, which led me to seek treatment.  It’s through the collective efforts of many that I’m still walking around today.”

It’s because of these experiences that John has become such a passionate supporter of Mayo Clinic and the AHA. And this year, he’s able to meld his support together in a unique way since Mayo Clinic is the local sponsor of the AHA’s annual Heart Walk.

“I walk every year,” Thomas says, but this year he’s trying to do more. “I’m dedicated to supporting all the activities that went into keeping me alive and gave me a better quality and hopefully, longer lasting life.”

In the course of his music, playing at the Irish pub, he learned that one of the owner’s family members had a heart issue, too. That person is alive today because he had access to a defibrillator, thanks in part to the efforts of the AHA to educate and share information and resources.

So touched by the story – and to help spur awareness and fundraising for Team Mayo Clinic and the AHA – Thomas will play a special heart walk benefit concert at Culhane's  on Wed., Sept. 21 from 5 to 7 p.m.

“Our hope is that people will want to come listen to good music but they will help make a difference in someone else’s life,” he says.  He goes on to stress the cause’s universality; “this is just so important, not only to me and other older folks, but to the young people out there as well.”

After all, nobody’s young forever.