When I first met Marlow and Frances Cowan nearly three years ago, I recall Mr. Cowan joking, "At our age, we don't buy any green bananas." So it was especially neat for our Mayo Clinic Center for Social Media staff to help him celebrate his 93rd birthday this month.

You may remember the Cowans as the couple whose impromptu piano duet at Mayo Clinic went viral, having reached more than 8 million viewers on YouTube.

The story began in Sept. 2008 when the Cowans were in Rochester, and their piano duet in the atrium of our Gonda Building was captured by another patient and her daughter and posted to YouTube. Six months later we saw the video, which had been viewed about 1,000 times, and embedded it here on Sharing Mayo Clinic.

Then it really took off. Within just a few weeks their video was viewed more than a million times on YouTube and the Cowans had been featured in The Des Moines Register, and two weeks after that they were flown to New York for a live in-studio gig on Good Morning America.

In February 2010 they returned to Rochester for some appointments, and asked if we would want to schedule a little concert. That led to a big story on KARE TV in Minneapolis/St. Paul, as well as a segment on national television in Japan.

With one more return visit last October, we arranged for the Cowans to play what they say will be their last full-blown public concert, in connection with our Social Media Summit and member meeting of the Social Media Health Network. We called it "A Concert for the Ages" and you can see it for yourself.

Mr. Cowan had mentioned that night that he would like to get all the video footage of from this journey put together as a keepsake for his children, grandchildren and great-grandchildren. So we conspired with his daughter, DeDe Shour, to surprise him at his 93rd birthday celebration with a package of DVDs to share with his family.

Thanks to Joel Streed from our Center for Social Media staff for producing the DVDs, and to DeDe and her husband, Mark, who took these pictures of the Feb. 19 celebration and our surprise gift. See the slideshow of the photos:

Please join us in wishing Marlow and Frances Cowan many more years of perfectly ripened bananas! Share your comments and greetings below, and we'll pass them along. 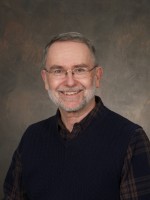 Marlow and Fran,
I’ve enjoyed watching your YouTube videos repeatedly, but finally write to let you know how happy and proud I am to have known you. I was a counselor at the Des Moines Y Camp one summer in 1962. “One nine six two in our Y camp, no other year the same.”
Your vim and vigor is the same on the videos as it was when it rained at the camp. “Rain is an opportunity. Have a great day with your boys!”
I am now a retired United Methodist minister, having served churches and counseling centers in NJ since 1969. Life is very good!
Dan Bottorff