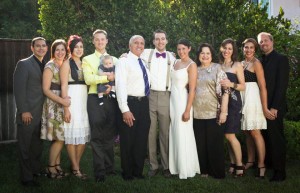 “Couldn’t breathe, gasping for air,” is how Bobbie Sofia describes the first sign that something was wrong.

In 2007, Bobbie Sofia and her husband, Sam, traveled to San Antonio, Texas from their home of almost forty years in Lake Havasu City, Arizona to attend their daughter, Ashley's, graduation from Air Force Basic Training. While enjoying the sights on the River Walk, Bobbie suddenly began gasping for breath. She recovered after a short while, but in the back of her mind, she knew that it was time to see her doctor at Mayo Clinic Family Medicine -Thunderbird.

Her physician ordered a series of tests including a chest x-ray, echocardiogram, lab tests, and electrocardiogram. Bobbie had battled her weight for most of her life but otherwise had no serious medical problems such as high blood pressure, high cholesterol or diabetes. Nothing could have prepared her for the diagnosis - heart failure.

Bobbie explains how fortunate she felt to continue her care at Mayo Clinic with D. Eric Steidley, M.D., cardiologist, at the Heart Failure Clinic. He performed a thorough cardiac evaluation and examined all her test results. Dr. Steidley then gave her the final diagnosis - primary cardiac amyloidosis - an extremely rare blood disease that develops when proteins build up in your heart. This buildup had severely affected her heart.

Unfortunately, there is no cure for cardiac amyloidosis. The grim prognosis left Bobbie with a profound sense of shock and total disbelief. She didn't feel that sick.  She could not believe that she had only several months to live. How was she going to tell her family?

Bobbie and her husband, Sam, had raised five daughters, all grown and living elsewhere. They told all but one daughter, Ashley, shortly after her diagnosis. As an Airman First Class,  Ashley was completing her degree at the Defense Language Institute Foreign Language Center in Monterey, Calif. Bobbie wanted to wait until after her graduation in the fall of 2008. The family traveled together to California and told Ashley on the beach after her graduation ceremony. Bobbie remembers how "everyone was so supportive and it encouraged me."

In October 2008, Bobbie underwent a peripheral blood stem cell transplantation. She had high-dose chemotherapy and then a transfusion of her collected stem cells. During the treatment, Bobbie lost her hair, got very weak, and didn't even have enough energy to turn over in her bed. Yet, she remembers how "there was always so much laughter in the room, the girls were never sad about anything."

After spending both Thanksgiving and Christmas together with her family in Lake Havasu City, Bobbie received discouraging news again. Test results showed that her protein levels were high. Her hematologist at Mayo Clinic, Craig Reeder, M.D., kept optimistic and reassured her that "we will find something else." Bobbie believed him, "I know I have the best doctors. They work hard to find the best treatment."

The new treatment proposed by Dr. Reeder meant that Bobbie would be taking a combination of three different drugs - cyclophosphamide, bortezomib and dexamethasone (CyBorD). The treatment worked.

It worked so well that Bobbie was able to attend three of her daughters' weddings in California all within a year and a half. In May 2010, Bobbie attended one daughter's wedding in a wheelchair. A few months later, she returned to California for the second wedding and brought her wheelchair, but did not use it. For the third wedding, in August 2011, she left her wheelchair at home.

Today, Bobbie still has a thickened heart wall from the damage of the proteins deposited in her heart. She also has a leaking heart valve, which makes her feel tired. But, Bobbie remains positive while enjoying her family life and their newest addition, her first grandson, born in April 2011!

Bobbie feels that her medical team at Mayo Clinic never gave up and provided her with a treatment that has kept her disease from progressing. She thanks everyone at Mayo Clinic involved with her care, especially Dr. Steidley, Dr. Reeder, Angela Mayo, physician assistant in Hematology and Anne Marie Wenzel, Heart Failure Clinic nurse practitioner. Throughout her "incredible journey," Bobbie explains what kept her strong, "I turned to God and believed that He would give me a long life."