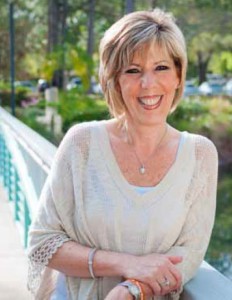 Mindy Cahn is living proof that pancreatic cancer can be beat.

The odds can be daunting. According to the National Cancer Institute, the five-year survival rate for localized pancreatic cancer is 21 percent. For cancer that has spread, the survival rate is about 9 percent.

Cahn, 60, had been diagnosed with a softball-sized cyst on her pancreas 20 years ago. Told it was benign, the West Palm Beach, Fla., mother of three didn’t worry about it.

In August 2011, she mentioned a “weird sensation” and a “dull ache” on the left side of her rib cage to her internist during a routine checkup. An ultrasound and MRI both revealed a large mass. The cyst had doubled in size and would have to be removed. Cahn sought opinions from local surgeons.

One recommended a consultation with Horacio Asbun, M.D., at Mayo Clinic in Jacksonville, Fla. He is one of only a few surgeons in the country with experience in complex laparoscopic surgery of the pancreas.

“I knew this surgery had to be done,” she says, “but since you don’t know what’s going on inside your body, I thought it was important to ask questions to make the best decisions.”

Cahn met with Dr. Asbun and a team of Mayo Clinic specialists in the fall to discuss a new, minimally invasive procedure known as a laparoscopic distal pancreatectomy. “This approach allows for better access to difficult areas,” Dr. Asbun says. “Magnification and specialized instruments allow meticulous removal of suspicious cells.” When performed by a multidisciplinary team of experienced surgeons, the procedure can be as effective as traditional open surgery, and recovery is easier on the patient.

“Our results show multiple advantages to the laparoscopic approach that are not only related to faster recovery and shorter hospital stay, but also decreased blood loss during surgery,” says Dr. Asbun.

On Dec. 14, Cahn underwent laparoscopic surgery. Surgeons made only three tiny incisions in her abdomen. Thanks to the precise technique, Dr. Asbun removed the sprawling mass from her pancreas while preserving the areas of the pancreas needed for enzyme and insulin production.

He also removed her spleen and a small portion of intestine that were affected, as well as 18 lymph nodes. After the surgery, a pathology report confirmed cancer. Fortunately, it was in its earliest stage, and all the cells were eliminated.

Cahn spent only three nights in the hospital. Within six weeks of the surgery she had returned to her normal activities and full-time work as a boutique manager.

“I knew I was in the best of hands,” Cahn says, praising the entire Mayo team for their attentiveness and availability, and the ease with which appointments were streamlined.

Today, although Dr. Asbun considers her cured, Cahn is more conscious about her lifestyle choices. “I have changed my whole diet,” she says. “I’m more aware of my health.” She also makes time to enjoy family, including her 2-yearold grandson.

Do you offer laparoscopic pancreas surgery at Rochester location? If so, how many of these procedures are done at this location per year.
Thank you!