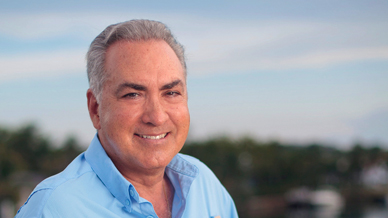 Christopher Mark Gregory registered as an organ donor at age 16. At 19 he lost his life, suddenly, because of a brain aneurysm.

Because of Christopher's decision to donate, 63-year-old Jorge Bacardi received a lifesaving double-lung transplant for his lifelong primary ciliary dyskinesia — and with it, his first-ever full breath of air.

"My disease had forced my body to become accustomed to less oxygen," says Bacardi. "So when I took that first breath after my surgery, it was euphoric. There are few things in life better than being able to breathe."

To repay the precious gift he received from Christopher, to honor all organ donors and to thank his medical team at Mayo Clinic in Jacksonville, Fla., Bacardi and his wife, Leslie, members of the Bacardi family that manufactures rum and other spirits, made the lead gift for construction of the Gabriel House of Care at Mayo Clinic in Florida. The house offers affordable, long-term housing and a supportive environment for visiting transplant and radiation oncology patients.

The name "Gabriel" has profound significance for the Bacardi and Gregory families. Before Bacardi knew his donor by name, he referred to Christopher as "Gabriel," his saving angel. Bacardi used the name in his first anonymous letter of gratitude to the Gregorys.

"He had addressed the letter to 'Gabriel,' for the archangel of incarnation and consolation," says Christopher's father, Eric Gregory. "He chose that name for Christopher. The impact that had on our family was powerful beyond words to describe."

At the dedication ceremony for the facility, Christopher's mother, Grace Gregory, captured the emotions of those in attendance.

"I know that everyone who walks into this building will find a warm, caring home and a place to heal," she said. "As a tribute to my son, this makes my wounded heart soar."