Seek and you shall find the answer 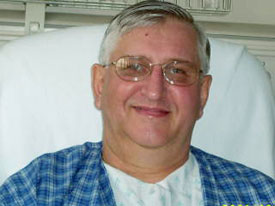 For more than four years, Mike Wuest was troubled by a tic, a twitching in his face that he could not get rid of. It started in his left eye and later moved to his cheek as well.

"I assumed the tic was from some stressful events I was going through at work," Wuest says. The tic affected Wuest physically, emotionally and socially. "As the twitching progressed, I became more and more reclusive. I just didn't want to be out in public."

Wuest's primary care physician thought the eye twitch was anxiety-induced and prescribed a medication, but it had no effect. The doctor suggested that Wuest might be a good candidate for mind control therapy, but beyond that had no more ideas.

In 2005, Wuest had back and elbow surgery. During the pre-op evaluation, Wuest mentioned that he'd had a tic for three and a half years, but the neurosurgeon didn't follow up on it. "He brushed the situation off," Wuest remembers.

At this point, he decided to try to find the answer himself. He researched his symptoms on the Web, and ran across a disease description that sounded like exactly what he had been experiencing. It was called hemifacial spasm (HFS). It occurs when a blood vessel touches the facial nerve, irritating the nerve, which then causes twitching in the face. The twitching typically starts in one eye. If no action is taken, it can affect the whole side of a person's face. Symptoms can increase with stress, emotions, fatigue, driving, bright lights, watching TV and reading.

More Web browsing eventually led him to the Web page of the Hemifacial Spasm Association (opens in new window), which helped change his life for the better: The association's Web page provides information and support for those coping with HFS. He read about how a woman was defeating HFS thanks to surgery at Mayo Clinic. "She was helped by Dr. Link, a neurosurgeon. That prompted me to seek help there," he says.

Wuest set up an appointment with Dr. Link and the neurosurgeon confirmed that Wuest did, in fact, have HFS. He then performed decompression surgery, separating the blood vessel from the facial nerve.

Wuest's symptoms are beginning to subside and should be gone in about a year (nerve injuries heal slowly) and he is thrilled about the results. "I have my self-confidence back. It is nice to go out in public and not have people stare or ask what's wrong with your face. Because of Dr. Link and the wonderful surgical team, I have my life back and for that, I shall be eternally grateful." 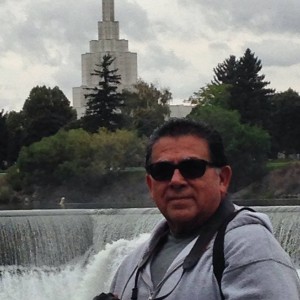 How long was your recovery after the surgery? How is your lifestyle now? I have had this Hemifacial Twitch for about 1 1/2 years now.. I have had Botox injections in my face which do not seem to help? Any information would be very helpful!1 thank you