A heart transplant put him back in the race 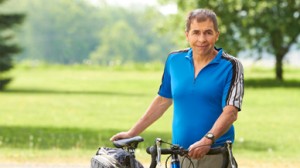 As a marathon runner and long-distance cyclist, Dan Olson thought his athletic lifestyle ensured a healthy body. But in 2002, at age 38, Dan was diagnosed with cardiomyopathy, a condition that weakens and enlarges the heart muscle.

In fact, his condition was so serious that Dan was airlifted from a Wisconsin hospital to Mayo Clinic, where his doctors told him that his heart had been damaged beyond repair. Dan would need a heart transplant.

Once he was stabilized, Dan's name was added to the transplant list. Just two weeks later, he received the call. A 15-year-old girl had died in a car accident. And in the midst of their tragedy, the family made the generous decision to donate their daughter's organs. In doing so, they saved Dan's life.

"I think of my donor every day," says Dan. "And I want to show her family all that their gift has allowed me to do."

For Dan, that meant getting well and resuming an active life. It meant running marathons again and biking across the country. It meant restoring an old farmhouse and returning to his long-held job in a local factory. But it also meant honoring his donor and her family by talking about organ donation.

"I want people to know that you can live your normal life after transplant," he says. "I hope that by doing the things I do, I can give hope to people waiting for transplants, and also encourage people to consider organ donation. It's hard to think about being in a position to donate your organs or your loved one's organs. But if you're ever in that position, it's nice to know that something good can come out of it. 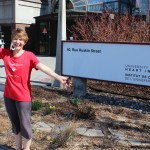 I too am the lucky recipient of a donor heart. I am now trying to get back to my prior activities of running etc. but find it very hard. I still feel quite compromised. I would love to ask Don some questions about his experiences getting back to sports post-transplant. Is it possible to contact him directly?

Hi, Taunia. That sounds like a discussion you’d want to have with your doctors. You can also connect with other transplant patients on Mayo Clinic Connect: http://connect.mayoclinic.org/group/transplants