Holiday Health Hints and the Faces of Stroke Prevention 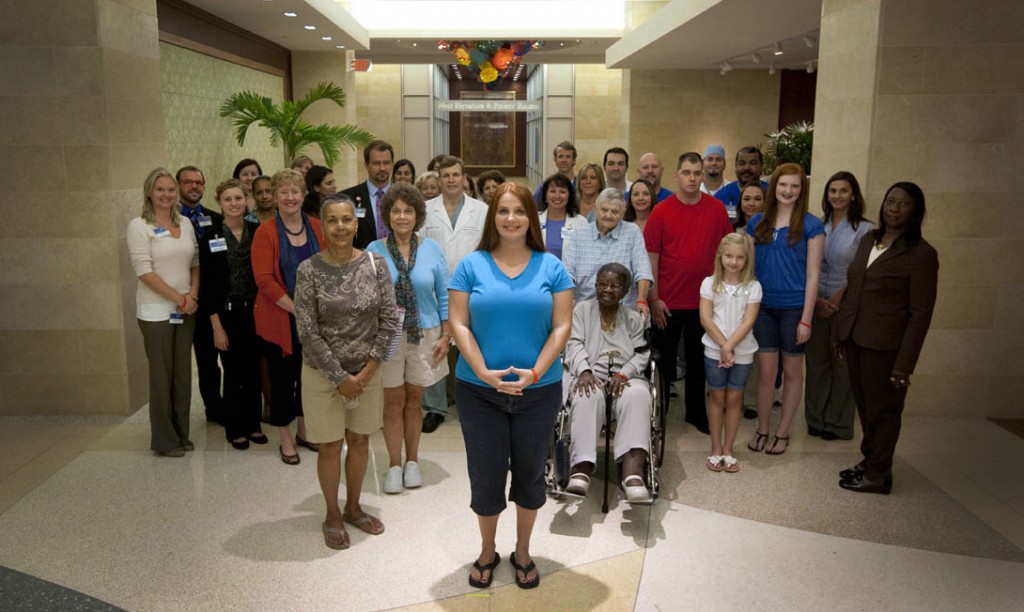 As I get ready to celebrate the holidays with my family this year, I’m preparing to pay special attention to my father and grandmother. Both have had a stroke in the past. And while both are doing well, I learned earlier this year while working on a project that the biggest risk for a stroke is to have had one already. I also found that the incidence of stroke – and heart attacks – increases at the holiday season.

I’m hopeful that I won’t be calling 911 but I’m much more aware of the signs and symptoms of stroke, particularly after participating this past August in a nationally syndicated public service announcement (PSA) supporting the American Stroke Association.

Members of our stroke team & patients are being featured in the #StrokePSA video, including Sean: http://t.co/EtwUVOwm http://t.co/7IxYIXe5

As an intern with the Public Affairs department, I was fortunate enough to participate in the video shoot that sought to educate and advocate for stroke awareness. Shot by Jacksonville photographer Paul Figura (who also handled the “My Answer” advertising campaign for Mayo Clinic) and produced by the Dalton Agency, the PSA was a unique experience.

Certainly, filming isn’t all the glitz and glamour one might think. It’s more like running around, sweating, stressing, and then doing something and repeating it, again and again, all while trying to overcome Florida’s rain and humidity. It was not difficult to see that video production is definitely no walk in the park, but the end result was well worth it.

Following along with the crew behind the shoot was both educational and lots of fun. Everyone involved took their work seriously while managing to stay down to earth at the same time. And it provided me an opportunity to learn first-hand about stroke, its impact on families and the magnificent work done by Mayo Clinic physicians and stroke team members, who, with many of our patients, became the stars of this national campaign.

[Dr. Jorge Trejo, cardiologist at Mayo Clinic, recommends paying special attention to symptoms of heart attack and stroke in ourselves and in loved ones with a history of cardiovascular problems.]

Getting to know the patients and staff, and hearing their personal stories of triumph over an often debilitating disease, was amazing. From Sean Bretz, a 23-year-old U.S. Coast Guard technician who couldn’t move more than his left thumb but now is pursuing a degree to become a physical rehabilitation specialist, to Jackie Golden, 61, a former long-distance cyclist, and Jessica Cook, a young mother of three who had her stroke on the soccer field, I learned that stroke could affect anyone, no matter their age, gender or workout schedule.

While I’m thankful to have participated in this experience – it was a great opportunity for me to be a part of – I can only hope that I never have to use the knowledge I gained. As I prepare to celebrate Christmas and a new year, I also hope others will take a moment to be cognizant of the signs of stroke and seek appropriate care if needed. Just because you’re on vacation doesn’t mean it can’t happen to you or a loved one.