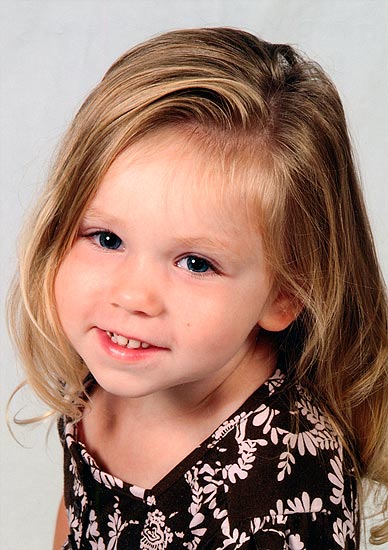 Lori Blommers used to cry at dance recitals. She knew that her youngest daughter, Harper, would never join the girls on stage because of injuries suffered at birth. Today, Harper is happily dancing away, thanks to an unusual surgery at Mayo Clinic that allowed her arm to move more freely.

When Harper was born on Aug. 26, 2004, she became stuck in the birth canal with only her head delivered. The pulling and the pushing after 27 hours of labor damaged Harper's collarbone and severed the brachial plexus nerves from her left arm.

The brachial plexus is a network of nerves extending from the spinal cord that controls muscle movement and sensation in the shoulders, arms and hands. About 1 in 2,000 babies born in the United States suffer brachial plexus injuries at birth. "It's primarily a problem of big babies trying to get out of small moms,"says Mayo Clinic pediatric orthopedic surgeon William Shaughnessy, M.D.

Doctors told the Blommers that about 80 percent of babies recover complete use of their arm within the first year. When Harper failed to improve, Lori and her husband Chris looked for help. "There were no doctors in Iowa who knew how to work with those injuries," Lori says. They turned to the Internet for information. Friends from the United Brachial Plexus Network eventually referred them to Mayo Clinic, where in December 2005 they met with Mayo orthopedic surgeons Alex Shin, M.D., Allen Bishop, M.D., and Dr. Shaughnessy in Mayo's Brachial Plexus Clinic. "We were ecstatic to find doctors who knew more about the injury,"Lori says.

Sooo high - Harper can now raise both arms over her head. Her brother Laiken is in the foreground.

Because most children recover on their own, few doctors specialize in treating brachial plexus injuries, Dr. Shaughnessy says. Only in the past 10 to 15 years have surgeries been developed to help the 20 percent of kids who do not recover. "When I was in school, we were told we couldn't do anything for those kids," Dr. Shaughnessy says.

Mayo's Brachial Plexus Clinic strives to advance the treatment of brachial plexus injuries. Orthopedic surgeons and neurosurgeons work together to repair ruptured nerves in microsurgery, and move muscles and tendons.

At her first appointment, Harper could not raise her hand above shoulder height or touch her head. She could not turn her palm up and down unless someone else moved it. Her left shoulder was also stuck in an inward rotation. Because there were no nerves telling her muscles to move, she could not open her shoulder to the side in an external rotation. Instead, it turned further and further inward.

In September, 2006, Mayo surgeons lengthened the muscle around the shoulder and changed its position to allow for an external rotation. Then, they transferred tendons along the humerus by stitching working muscles into a different location so that the muscles could create new movements. They took the muscles that helped Harper reach behind into her back pocket and moved them so they also helped her raise her hand above her head. Luckily, Harper did not require more extensive nerve repair.

After a five-hour surgery and a two-day hospital stay, Harper went home and spent the next six weeks in an extensive cast. "Her arm was bent at the elbow like she was about to make a right turn," Lori says. "After they took the cast off, she just reached up and touched her head, and I was a bawling mess. I'd never seen her do that before."

Now 3 years old, Harper is pirouetting away. At her big sister's recital in April, Harper put on a performance of her own. "She just went down and she danced by herself," Lori says. "We couldn't stop her."

Any suggestions on what to do. I recently had a new born with similar if not the same condition.