He Said, She Said: How One Couple Battled Colon Cancer Together

Sue Willingham remembers the May 2010 day well. She was getting ready to take her two children to school. But before leaving the house, she did what any mom might – use the restroom.

But then she noticed she’d lightly soiled her undergarments. Only she didn’t remember it happening. 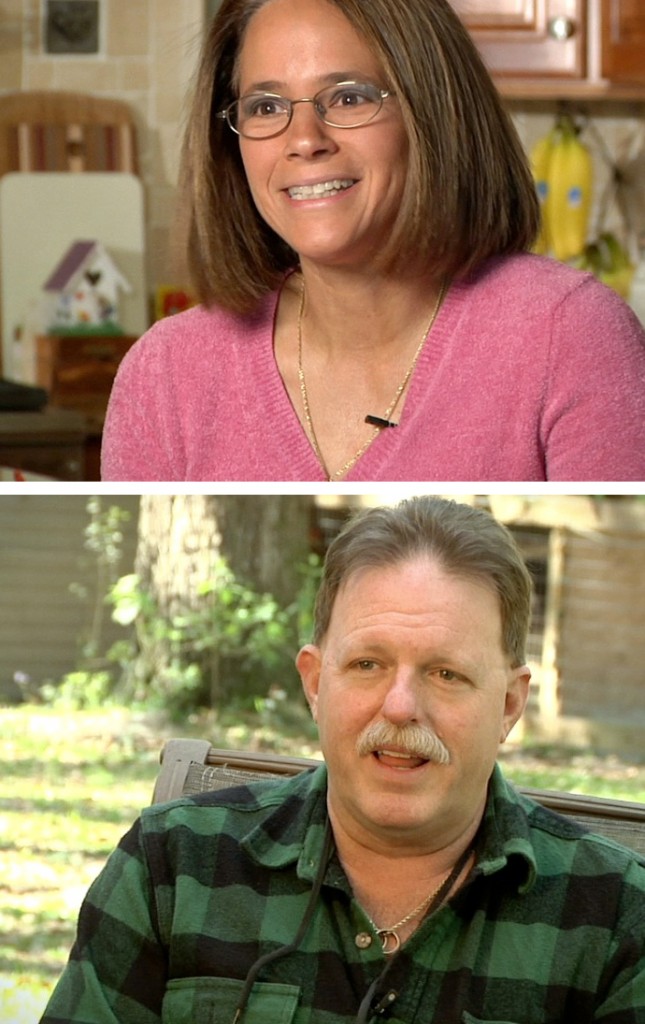 At 45, Willingham was the picture of health. She ate well, exercised and stayed up on doctor visits. But in that moment, something changed. She called her husband. “I remember telling him I’m scared,” she says.

But then Willingham, who describes herself as someone who is not easily rattled, tried to rationalize the accident, chalking it up to the six fiber pills she’d taken the day before to combat constipation.

“Being one that does not jump to conclusions or get upset or scared of anything easily, I said this is ridiculous, crazy, there is nothing wrong with me. I have no cancer in my family. I have no anything…” But today she admits, “Maybe subconsciously I had been aware of what he had gone through the year before.”

In Aug. 2008, at age 43, Willingham’s husband, Darrin, had been diagnosed with colon cancer. For better or worse, indeed. But neither expected the diagnosis would repeat itself.

As a surgeon at Mayo Clinic in Florida, Darrin Willingham was busy. Between middle-of-the-night flights as a member of the transplant team and directing the abdominal transplant surgery fellowship, he didn’t have time to be bothered by esophageal spasms. But at the urging of his gastroenterologist – and Sue – he finally agreed to get checked. 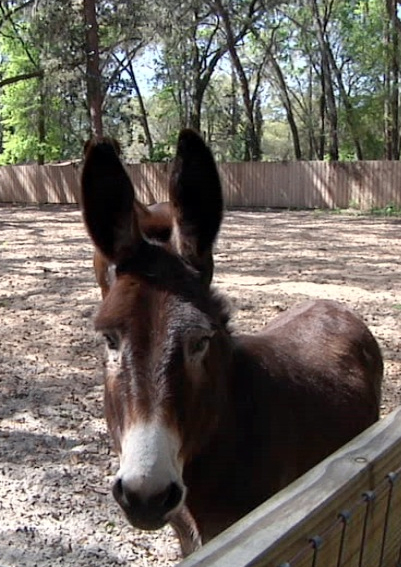 The Willingham family donkey, Slim, joined the family after their second diagnosis.

When he woke up, he was shocked to hear his diagnosis. “I’d been expecting esophageal cancer, not colon cancer,” he says.

Although colon cancer is the third leading cause of all cancer deaths in the United States, if caught early, the chance for a successful cure is great.

Darrin underwent surgery to remove a 5 cm tumor and then six months of chemotherapy. Family and friends rallied behind him. And life was good until the phone call from Sue.

Though Darrin says his first thought was “this is a young lady who’s just having some changes because of the fiber pills,” he made an appointment for his wife with her general family physician. A GI consult followed. So, too, did a colonoscopy, where “I remember it vividly,” Darrin says, of being told of a 4.5 cm mass that had just penetrated the bowel wall.  “I did not expect to hear colon cancer.”

Sue was rightfully shocked when she received the news. “My first thought was this isn’t happening. It was déjà vu again,” Sue says, recalling the first time she heard about Darrin’s cancer. “I was terrified. It was the last thing I expected to hear.”

A host of emotions rushed over her, including fear for her children. “Both my kids’ parents have now been diagnosed with colon cancer. What does this mean for them?” 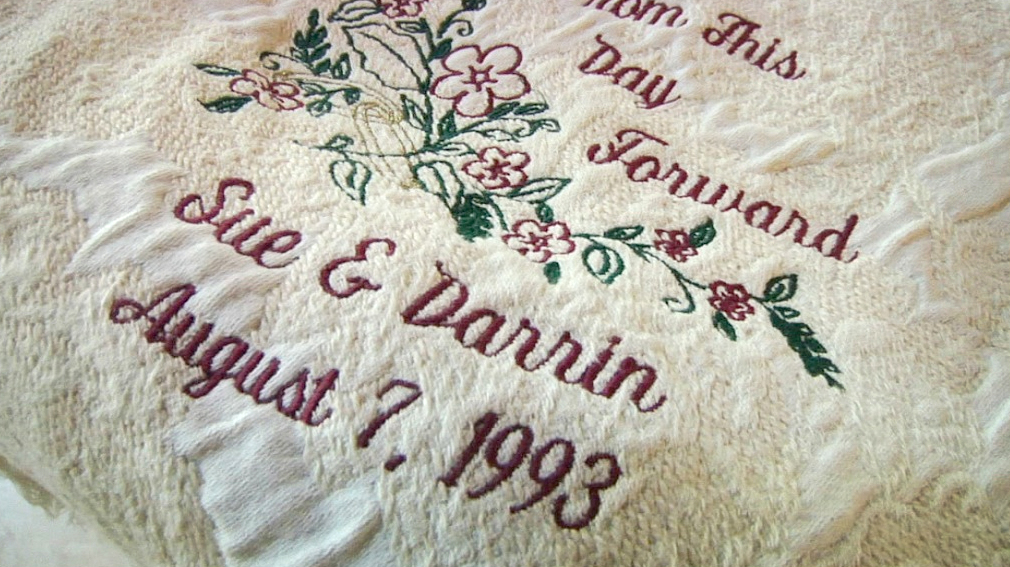 { Editor’s Note: Mayo Clinic offers a Familial Cancer Program, which strives to identify, educate and treat those who are at increased risk of cancer due to hereditary factors. According to Douglas Riegert-Johnson, M.D., a gasteroenterlogist who is also a part of the medical genetics team, the Willingham children will need to begin getting colonoscopy screenings at age 33 – ten years prior to the age of their dad at his earliest diagnosis. }

At the same time, Darrin was trying to process the information himself. “I was worried about Sue,” he says, adding “I’d rather go through another round of this entire colon cancer stuff vs. having her do this.”

Little did he realize that fate has a weird sense of humor. “Don’t wish things on yourself,” he cautions. Two years later, in Dec. 2011, he got to go through it all over again. 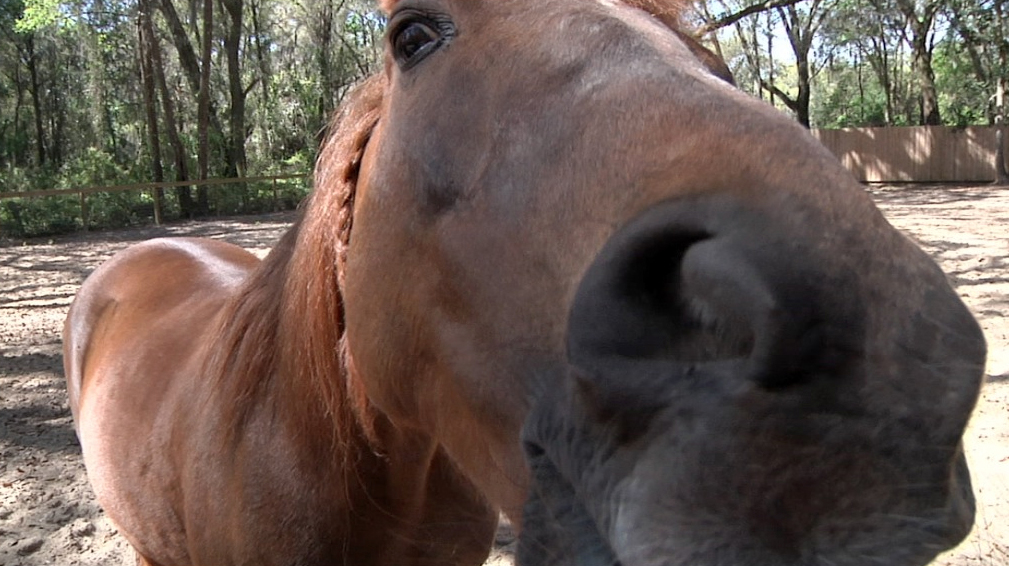 Sue had successfully completed treatment – surgery and six months of chemotherapy. Both Willinghams were on a routine follow-up schedule and both recall feeling good. But the results from one of Darrin’s blood tests caused some concern. He underwent more labs and a scan. The results were positive. The cancer had metastasized to his lungs. Both of them.

More surgery and more chemotherapy followed. Fear of the unknown was crippling. But through it all, the Willinghams stayed together and kept their sense of humor. “You have to, or you’ll cry,” Sue says.

Today, all are healthy and enjoying a new home and a cadre of animals, including a horse, a donkey and chickens, because “life’s too short” not to embrace the things you want, Sue says. 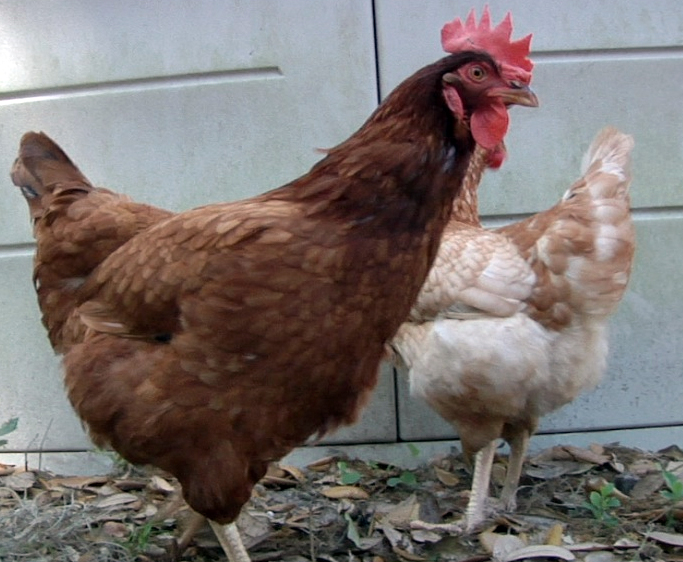 She has modified the family’s diet, including cutting out red meat and relying on their hens for fresh eggs. She tries to educate the children - Preston, 15, and Delaney, 13 - about making healthy life choices.

Both she and Darrin continue with regimented follow-up and encourage family, friends and strangers to get screened. “It’s much better to find something in early stages then wait until you have symptoms,” Sue says. “It’s definitely curable if found early enough.”

The main challenge, they say, is the colonoscopy itself. “People’s biggest fear is the procedure. Afterall, the worst part – and it is – is the prep,” Sue adds. But for anyone who is getting ready to have a colonoscopy, “I make them read the Dave Barry column. I have not laughed so hard.”

In all seriousness, though, Darrin adds, “I tell them don’t be scared of it. It’s a process that can save your life. Now suck it up, drop your pants and go get a colonoscopy.”