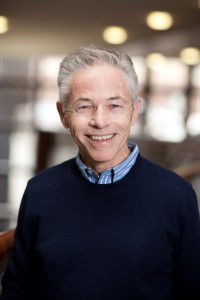 At the end of a routine physical in 2006, Dan Carey’s doctor asked if there was anything else he wanted to discuss. Dan exercised regularly and felt good. Except for one thing.

“I get out of breath when I walk up stairs,” he told his doctor.

A chest X-ray revealed healthy lungs but an enlarged heart. Dan would soon learn why: he had familial amyloidosis with liver involvement and needed to seek care at a medical center with experience treating this rare form of the disease. Dan chose Mayo Clinic, and during his initial consultations there, he learned he would need both a liver and heart transplant.

“I was shocked,” says Dan. His team of caregivers, including Roshini Abraham, Ph.D., tried to ease the shock by making sure he and his wife understood amyloidosis and the transplant process.

“Dr. Abraham spent two hours with us one Friday night, and we were spellbound,” he says. “She is an angel of mercy. Everyone at Mayo is so kind.”

In October 2007, the Careys moved into the Gift of Life Transplant House to await transplant. Though difficult to be away from home, Dan says there were “wonderful benefits,” including meeting other transplant patients.

“I wasn’t sure I’d be able to walk after transplant, and then I met a guy who ran every day. That gave me hope,” he says.

“I feel better than I ever expected to after transplant,” he says. “I can do whatever I want.”

The Careys recently moved to Chicago, and appreciate that Mayo Clinic is just a five-hour drive or one-hour flight away.

“Having been through what I have, we wanted to be close to Mayo,” says Dan. “The people there are just phenomenal.”