Soccer Mom Strokes on the Field 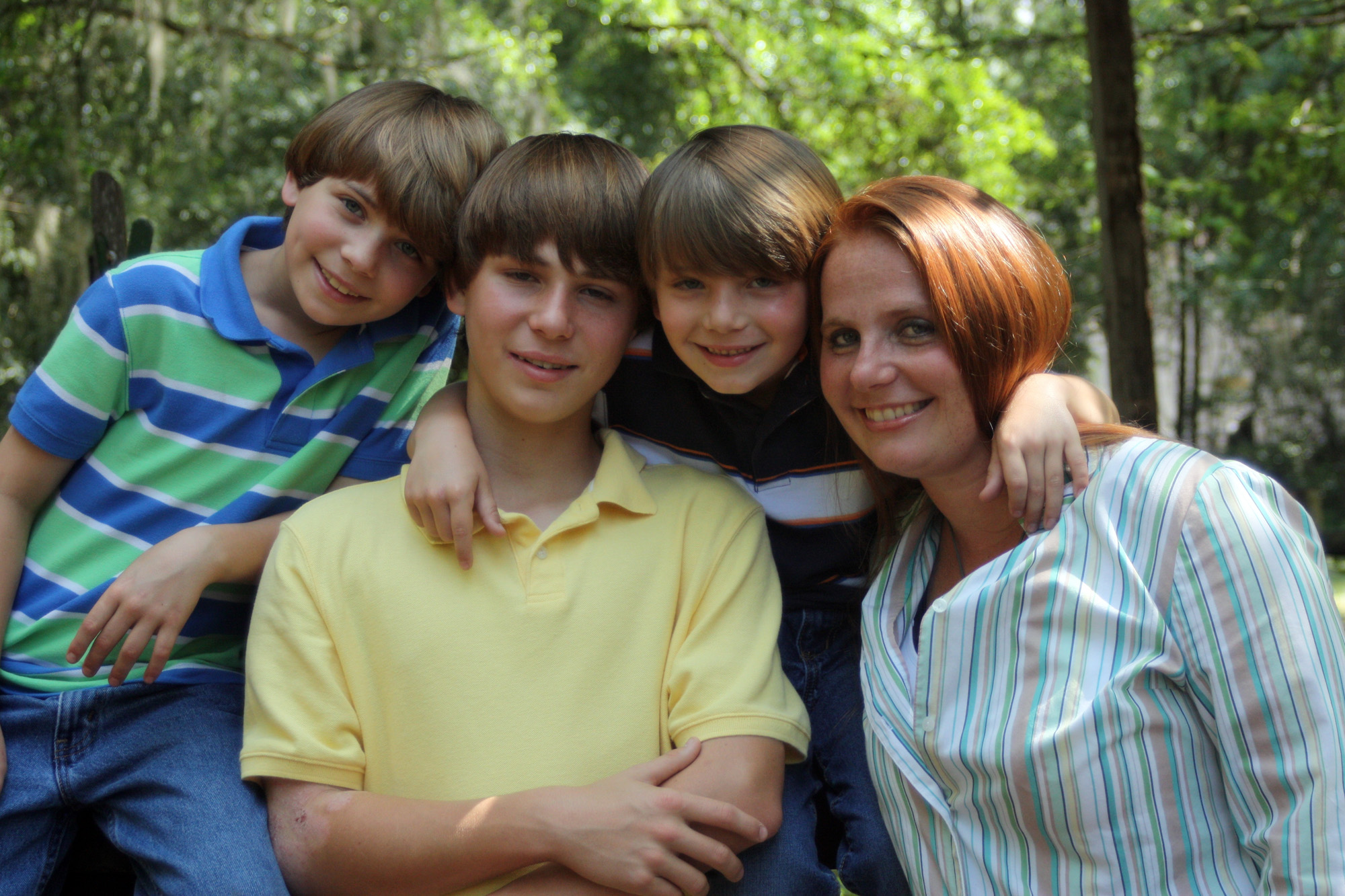 The phrase “soccer mom” might be a cliché, but for Jessica Cook of Jacksonville, Fla., it was apropos. The mom of three boys (ages 6, 10 and 13) spent hours in the car each week driving her sons from one field to another for their weekly soccer practices and games.

With a family history of migraines, headaches were not uncommon for Cook, 33. So when she awoke on the morning of Sept. 24, 2011, she dismissed the growing ache to ensure the boys got to the soccer field on time. But as the hours went on, Cook’s pain worsened. She began to feel nauseous, too. Thinking the heat and humidity were contributing to her symptoms, Cook headed for her car, hoping air conditioning might help.

But then she fell down.

“I noticed that Jess started walking to the parking lot… and she just collapsed,” recalls friend, Heidi Prater, who was at the field and ran to help Cook. “She was holding her head, saying it hurt so badly. I remember her saying she couldn’t feel the right side of her body, her tongue was going numb, and I think something was wrong with her vision. Then she started vomiting.”

Prater says she thought it was dehydration or maybe a reaction to the heat. “It was so hot and we hadn’t had a lot to eat or drink.”

Someone called 911 and Prater called Cook’s sister, Joanna, to meet her at the local hospital. Doctors there questioned whether Cook was on drugs. The paramedics reportedly thought the same thing. Cook faded in and out of consciousness, and for the most part, was unable to communicate as her symptoms worsened.

Finally, doctors made a diagnosis. Cook was having a stroke. The vertebral artery in her neck had torn, causing blood to pool and then clot at the base of her brain stem. Since so much time had passed since Cook’s symptoms began, she was well outside the typical 3-4 hour window when an intravenous clot-busting medication can be given. Specialized surgery was the only option.

“I remember the doctor came and told me, ‘Your sister has had a stroke and we need to get her to Mayo Clinic. Doctors are waiting to do surgery on her’,” says Joanna.

“What? My sister’s had a what? I didn’t understand. It was like a dream,” she recalls.

But unfortunately it became a nightmare. Joanna says that when they arrived at Mayo, an interventional neurosurgeon met the sisters and shared a grim prognosis. “The doctor said with the surgery she had a ten percent chance to live; without it, zero.”

As they wheeled Cook down the hall away from her, Joanna says, “I didn’t think I was ever going to see my sister again.” 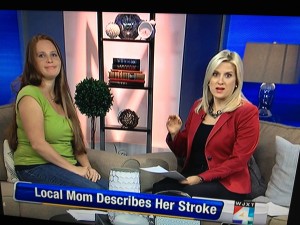 Jessica shared her story on a local news show in Jacksonville to spread the word about stroke.

Thanks to the expertise of the skilled team at Mayo's Comprehensive Stroke Center in Jacksonville, Jessica did survive the surgery and when she awoke, was shocked to hear what happened.

“We’ve had family members who have had stroke. My mom even had stroke when younger. The thought never crossed my mind that that would be in the cards for me,” says Cook.

Looking back, Cook says she doesn’t fault anyone for not realizing what was happening to her. After all, physicians say it would have been hard for her friends to make a diagnosis of stroke with her early symptoms. “You have a young person exposed to the sun here in Florida, and you’re thinking about everything but stroke,” says Rabih Tawk, M.D., an interventional neurosurgeon and member of Cook's care team. “Jessica is a wonderful example of the comprehensive team here at Mayo Clinic and the amazing community teamwork – wherein another physician finally recognized her problem and then collaborated with us so we can provide the best treatment in a timely manner.” 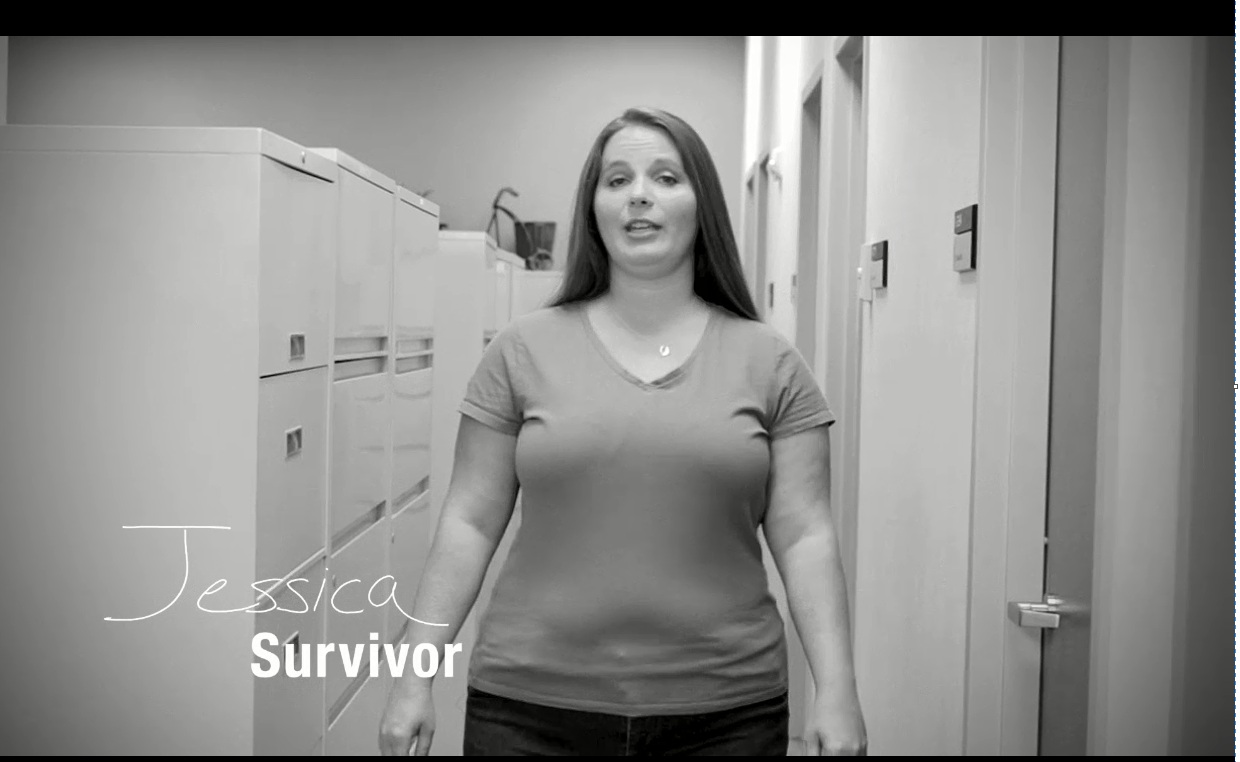 Now she – and her family and friends – make every effort to share her story. When offered the opportunity to participate in a national stroke public service announcement with the American Stroke Association, Cook – and her sister – jumped at the chance. “It made me feel like there was a purpose for me to spread my story…. To help people understand that someone like me, a healthy, young mom, can have this happen, then they need to be aware of the signs and that it can happen to anyone.”

Editor’s note – Although risk of stroke increases as we age, everyone is at risk. “Vertebral artery dissection is a well-known cause of stroke in young people,” says Dr. Tawk. The challenge, he says, is finding out why. For some people, major trauma, like a car accident, is to blame. But for many, it can be a spontaneous tear as a result of strenuous exercise, riding a roller coaster, even stretching.