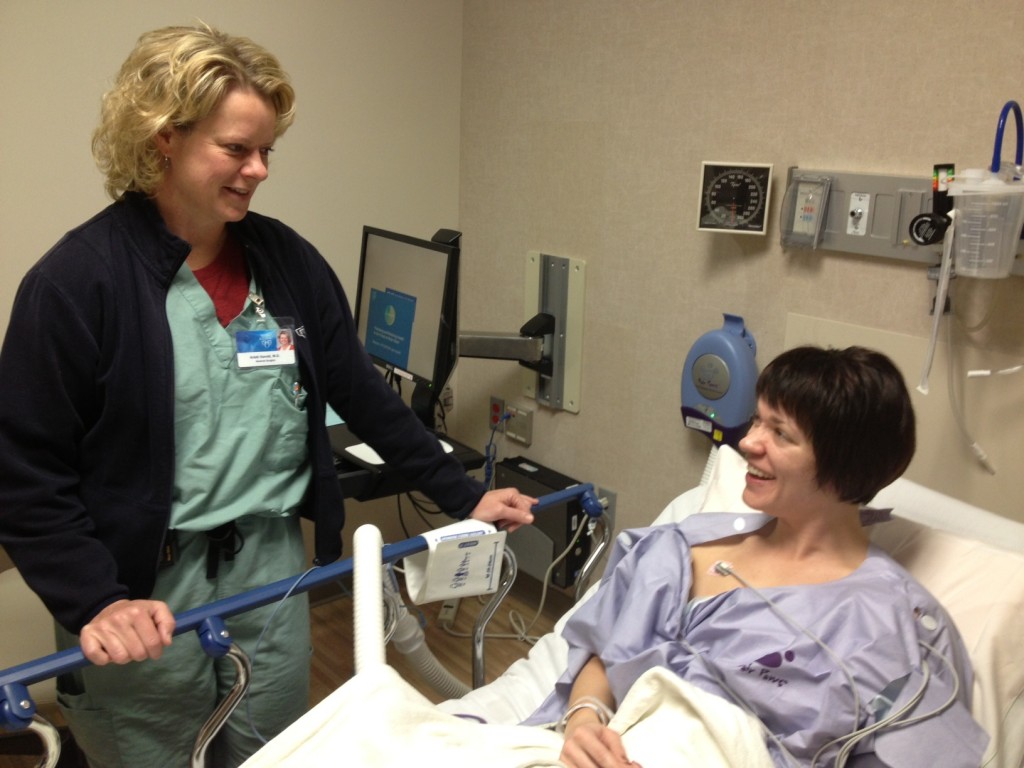 Who hasn't experienced the occasional acid reflux from a particularily spicy dinner or an extra slice of pizza? Nothing that an over-the-counter pill wouldn't relieve, right?

Unfortunately, for seven long years, Shawnee Williams, suffered not a few but daily episodes of progressively worsening acid reflux or gastroesophageal reflux, GERD. At only age 25, she experienced her first episode of reflux which prompted her to start taking over-the-counter medicine to relieve her occasional symptoms. But over time, these symptoms worsened even with the daily use of proton pump inhibitors. Shawnee explains how, "the burning throat was unbearable. To deal with it every day was excruciating."

Patience may be considered a virtue, although in Shawnee's case she had exhausted all conservative measures over six long years of avoiding certain foods, taking daily medication, and still suffering from unbearable symptoms. She began researching other available treatments and came across the LINX procedure.

Shawnee decided to schedule a consultation with Kristi Harold, M.D., a general surgeon at Mayo Clinic in Arizona, to find out more about the LINX procedure. Dr. Harold explained that the treatment involves a minimally invasive procedure where a small ring of magnetic beads is inserted around the end of a patient's esophagus. Swallowing temporarily breaks the magnetic bond between the beads, so that food can enter the stomach. Magnetic attraction then causes the beads to close so acid can't flow into the esophagus.

Dr. Harold added that "this procedure shows promise as an option for patients who do not respond well to lifestyle changes or who want an alternative to medications. Left untreated, GERD can lead to Barrett's esophagus, which increases the risk for esophageal cancer."

Shawnee went ahead with the procedure and couldn't be happier with the results. "I'm a lot better than I expected and it's pretty amazing," she adds. After tapering off her proton pump inhibitors over the course of two months, she is now no longer taking any medication and has only suffered one slight episode described as "a little tickle in my throat."

I have gerd. Good article . deciding if i should consider surgery.

Having surgery for Linx next month and have doubts.

How are you doing with it? Do you recommend the Linx?

I was looking into LINX due to my GERD. I had Roux-en-Y gastric bypass in Oct 2000 and my reflux is slowly becoming unmanageable with Ranitidine 150mg. My reflux has gotten to the point where I’ll be shocked awake from a dead sleep with the aspiration acidic juices. I have to cough up the bright yellow garbage to stop the burning in my trachea. I’ll be hoarse for a day and have bad thoracic discomfort from coughing so hard. Is LINX covered with insurance if medically indicated from diagnostics? Thank You!!!

Editor’s Note: Thank you for writing. Unfortunately, we cannot diagnose conditions, provide second opinions or make specific treatment recommendations through this website. If you would like to seek help from Mayo Clinic, please call one of our appointment offices (Arizona: 480-301-1735 Florida: 904-953-0853 Minnesota: 507-284-2511) or visit https://www.mayoclinic.org/appointments. You might also consider looking into our Mayo Clinic Connect website (http://connect.mayoclinic.org), where you can communicate with others who may have had similar experiences. You can also read Mayo Clinic expert blogs and take part in educational events. Sharing Mayo Clinic editors