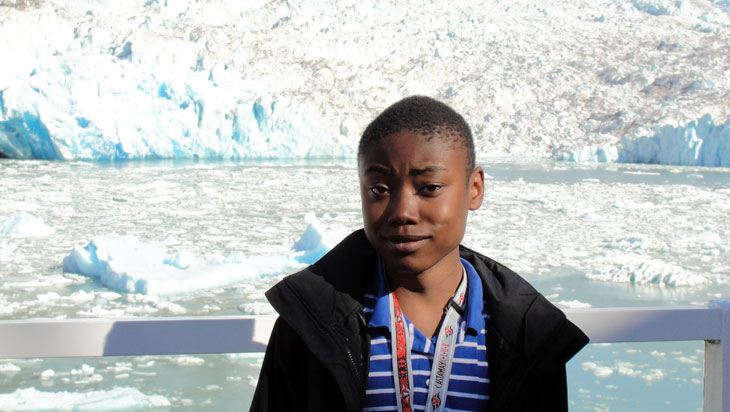 After heart surgery, Deshawn Corbin can run, jump and swim like a kid ... for the first time

Deshawn Corbin is just 15 years old. But he’s already experienced more life than most people many times his age.

Deshawn was born with complex congenital heart disease that affected the way blood traveled through his body and kept him from getting enough oxygen. His teenage mother, who’d had no prenatal care, realized she would be unable to care for a child with such special needs and gave him up for adoption. On the day he was born, Deshawn became a ward of the state and had his first open heart surgery. Two additional surgeries soon followed.

At age 2 1/2, Deshawn was adopted by Julie Anderson and her husband, Michael Corbin.

“We knew he’d had a medical beginning,” says Anderson, of Medford, Minn. “But he’d been very well cared for by his foster parents, and we brought home a wonderful toddler.”

A wonderful toddler, but not a typical one.

In spite of Deshawn's surgeries, his oxygen levels remained well below normal. “Deshawn was always kind of a sick kid,” says Anderson. “He never had the same energy as other kids. We were told he might eventually need an additional surgery to maximize his oxygen levels.”

Because of his heart condition, Anderson and Corbin brought Deshawn to Mayo Clinic, where he was cared for by a team that would eventually include pediatric cardiologist Ben Eidem, M.D. When he developed juvenile rheumatoid arthritis at age 8, he began seeing Ann Reed, M.D., a pediatric rheumatologist, as well.

For years, Deshawn’s conditions were well controlled. Then, in March 2013, things changed.

“Deshawn was having a lot of complications related to his arthritis,” says Anderson. “He had pain in his hands, feet, hips and shoulders.”

Dr. Reed prescribed new medications to minimize Deshawn’s pain. A few weeks later at a medication review, Dr. Reed noticed a problem with some of his blood work. Deshawn had a series of follow-up tests, including a cardiac catheterization, which revealed new problems with his heart.

"Dr. Eidem came in and held Deshawn’s hand and said, 'We love you. We aren’t going to let anything happen to you. You have the best doctors in the world taking care of you.'" – Julie Anderson

Deshawn had developed collaterals — abnormal blood vessels that were preventing oxygen-rich blood from getting where it needed to go. Normal oxygen levels are between 95 and 100 percent. His ranged from 75 to 79 percent. Dr. Eidem recommended surgery to correct the problem and raise his oxygen levels.

“I asked whether surgery was a quality-of-life issue or a life-span issue,” says Anderson. “Dr. Eidem said it was both. He also told us that the before and after of the surgery would be nothing short of miraculous. He said kids have whole new lease on life afterward.”

Anderson and Corbin discussed the procedure with Deshawn, then let him decide whether to have surgery.

“He told us that people treated him like an invalid because he couldn’t go as hard as other kids,’” says Anderson. “He wanted to go through with the surgery.”

Surgery was scheduled for the end of June. In early May, Anderson received a call from the school nurse at Medford High School. Deshawn’s heart rate was low, and he’d almost passed out. His lips and nails were bluish-grey. They suspected a cardiac problem, and Deshawn was sent by ambulance to the Emergency Department at Saint Marys Hospital. But the symptoms weren’t heart-related. Instead, doctors determined that Deshawn was dehydrated.

“Deshawn was so worried about surgery that he wasn’t eating, drinking or sleeping well,” says Anderson. “He was afraid he was going to die during surgery.”

In the Emergency Department, Deshawn received a dose of comfort from his cardiologist.

“Dr. Eidem came in and held Deshawn’s hand and said, ‘We love you. We aren’t going to let anything happen to you. You have the best doctors in the world taking care of you. If it were my own daughter, this is where I’d want this taken care of, and this is the team I’d want to do it.’ That was very reassuring to Deshawn, and to us,” says Anderson. 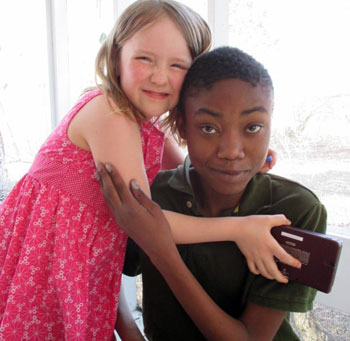 Deshawn Corbin with his sister, Emma.

Deshawn was encouraged to eat and drink normally, and was prescribed medication to help him sleep at night. And to reduce the time he had to worry, Deshawn’s surgery date was moved up to June 4.

On the day of surgery, it was Anderson’s turn to be nervous.

“Deshawn was anxious to get surgery behind him, so that day he was so excited you’d have thought he was going to Hawaii,” she says. But sitting in the waiting room was no vacation for Anderson.

“I can’t think of anything more terrifying,” she says. “My husband is very strong and logical and kept reminding me that there was a 98 percent chance Deshawn would pull through. But every time I’d see someone with scrubs on I’d feel like I was going to be sick. I was so worried someone was going to come and tell us something had gone wrong.”

Instead, Anderson and Corbin soon got word that everything had gone right. Harold Burkhart, M.D., a cardiovascular surgeon, performed a Fontan procedure, creating a path for the oxygen-poor blood returning to the heart to flow directly into the pulmonary arteries, which then transport the blood into the lungs. Anderson and Corbin were taken to the intensive care unit to see their son.

“It was a shock to see Deshawn in the ICU,” says Anderson. “But the nurses kept assuring us that he was doing great.”

Anderson says the staff were the right mix of professional and personal.

“The nurses and the doctors were compassionate without being patronizing,” she says. “They were never nonchalant about what was happening, but were also clear that they had things under control.”

She also appreciated the way the team cared for her son.

“Everyone called Deshawn ‘Mr. Corbin,’ and he loved that,” says Anderson. “They explained things to him step by step. Every single staff member treated Deshawn with incredible dignity and kindness. I think the way he was treated helped his recovery go as well as it did.”

“A better version of himself”

Four days after surgery, Deshawn left the hospital. Six weeks later, with his oxygen levels up to 92 percent, Deshawn was having the summer of his life.

“He hiked, fished and camped,” says Anderson. “He jumped into the pool and swam from one end to the other underwater. Before surgery he would never have been able to do that.”

There have been other changes as well.

“Deshawn used to be like an old man at 15,” says Anderson. “He moved, walked and talked like a sick old man. He wouldn’t play outside. I wasn’t sure how to picture his future. Now, he runs, mows the lawn, cracks jokes and is quicker to answer questions than he used to be. He hasn’t had any issues with his arthritis since surgery. I can see him as someone who will live to be an adult with a normal life. He’s like a normal 15 year old now, but one with a lot more wisdom and depth.”

"Deshawn is one of the most impressive people that I have ever met ... Helping him to feel better and become as active as he wants to be is truly a joy for me and our entire medical care family."  – Ben Eidem, M.D.

That wisdom and depth is apparent to his caregivers.

“Deshawn is one of the most impressive people that I have ever met,” says Dr. Eidem. “He’s an inspiration to many people at Mayo in so many ways. Helping him to feel better and become as active as he wants to be is truly a joy for me and our entire medical care family. Sometimes patients and their families impact the medical care team as much or more than we impact the life and health of their loved ones. With Deshawn and his family, this is definitely the case.”

If she could go back in time, Anderson would try to focus less on her fears about surgery and more on what life would be like afterward.

“My advice to anyone in a similar situation is to think past the surgery,” she says. “Never in a million years could I have imagined the difference it has made. It’s a whole new beginning for Deshawn. Since the surgery he’s become a better version of himself. We can never begin to describe our gratitude. Deshawn owes his life to Mayo Clinic.”