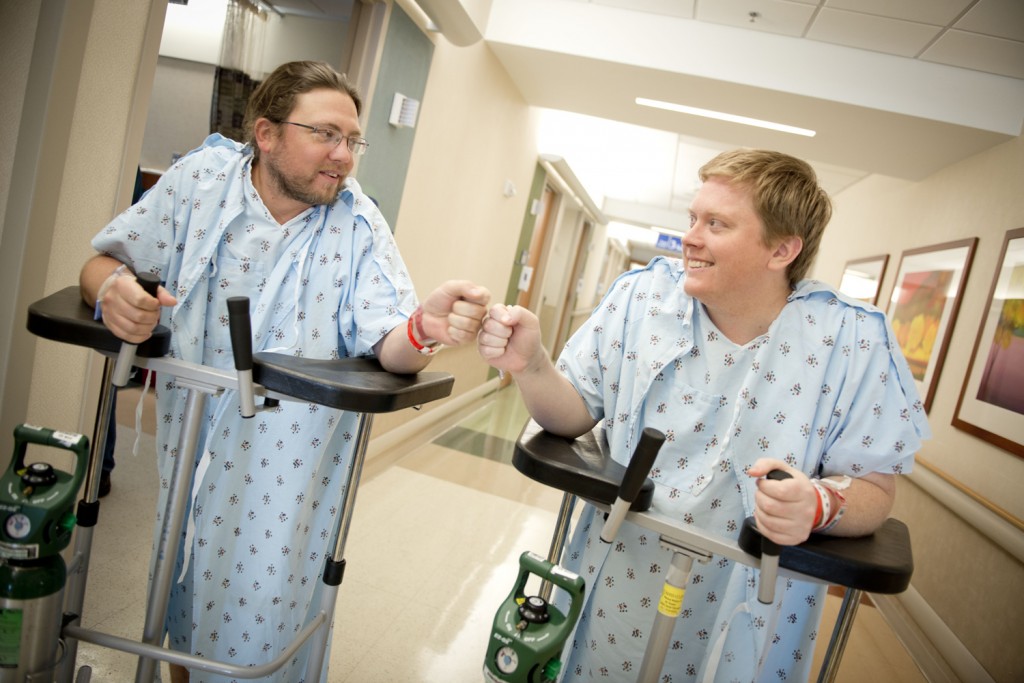 When I received a kidney from my brother David 10 years ago at Mayo Clinic in Florida, little did I know that someday my only son would have to undergo the same life-saving procedure after suffering from the same rare kidney disease that has plagued my family for several generations. Nor could I imagine that my brother’s son, Adam, would also give the same life-saving gift to my son, Trey, just 10 years later.

Several of my family members have suffered from a rare genetic kidney disorder called FSGS (Focal Segmental Glomerulosclerosis), which causes scarring of the kidney and the eventual loss of function. According to the National Institutes of Health, which is studying our family’s history with this disease, mine is one of only 20 families in U.S. with this genetic pattern afflicting several generations of relatives.  My father died of end stage renal disease when I was only 11 months old. My father's mother, and two of his brothers, also died of the disease. And the only exposure we’d had to transplants was in 1970 when our mother gave our brother, James, one of her kidneys. I eventually was diagnosed with FSGS and now my 26-year-old son, Trey, has it.  While there is no cure for FSGS, a kidney transplant can give the patient a high quality of life for many years. I am truly an example of that now, more than 10 years after my transplant surgery.

I was first diagnosed with FSGS in 2003 and initially planned to have my surgery at Duke University, where my brother had received his transplant many years earlier. But a family acquaintance, who happened to be a Mayo Clinic benefactor, referred me to Mayo’s Florida campus for an evaluation, where I began what was to become a long-term relationship with Mayo’s transplant team. I did eventually have successful kidney transplant surgery at Mayo Clinic on Dec. 5, 2003, thanks to the generosity of my brother, David Gray, who was a perfect match and donated a kidney to me.

While recuperating from my transplant surgery and resuming my normal life, I received some devastating news about my son, who was in 8th grade at the time. During a routine sports physical, I was informed that he had signs of a potential kidney problem. After he underwent a series of tests and evaluations, my worst fears were true — my son  was also diagnosed with FSGS. We were told that at some point in the future he would also be facing the likelihood of needing a kidney transplant. 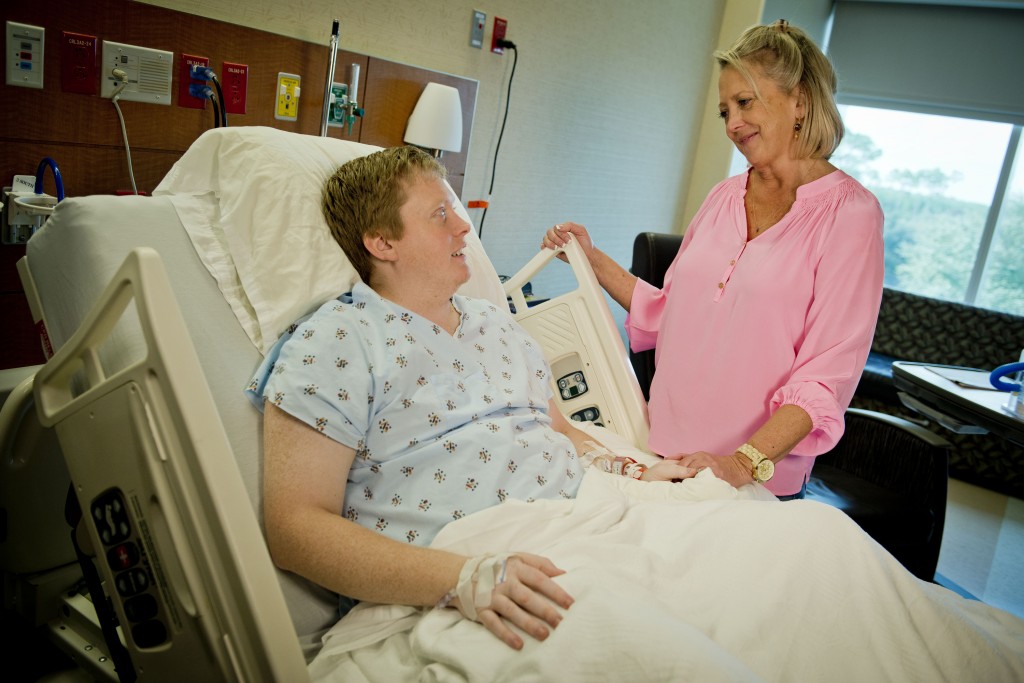 By August, it was clear that Trey’s condition had deteriorated to the point where he needed to consider going on dialysis at some point soon or be considered for a kidney transplant. He came to Mayo Clinic for help as I had done 10 years earlier. Two of his first cousins were tested as potential donors, and one came back as a perfect match — his cousin Adam Gray — the son of my brother, David Gray, who donated a kidney to me just 10 years prior. But things weren’t all clear just yet. Trey’s original surgery date was postponed at the last minute, when a blood test deemed Trey’s triglyceride levels too high for the surgery to be safe. We needed to wait until that issue was resolved before he could have the surgery. 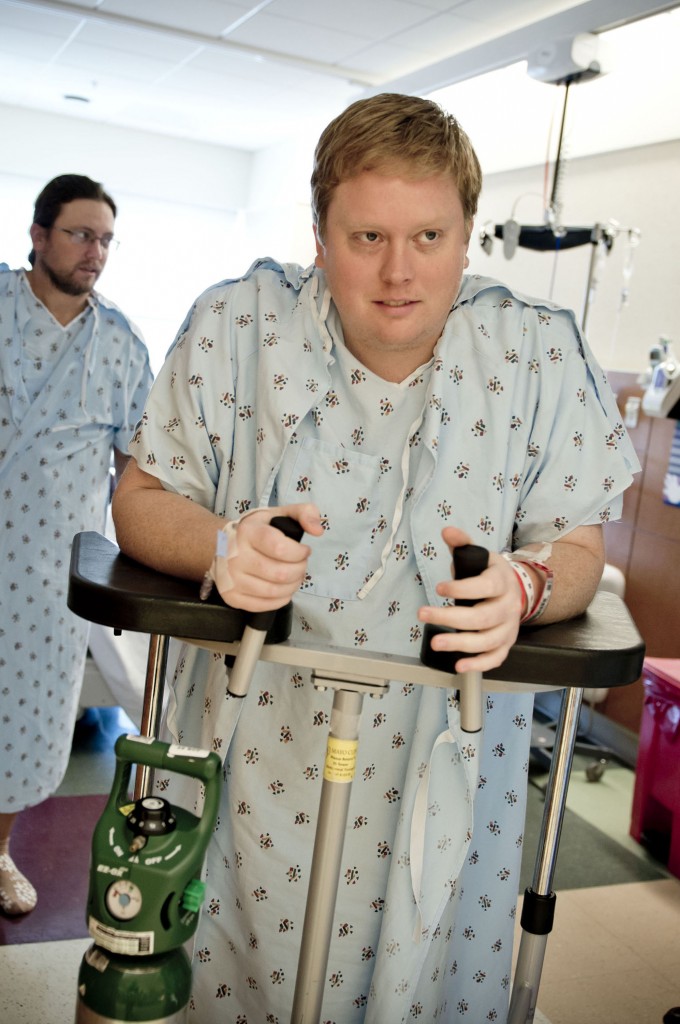 Trey eventually returned to Mayo Clinic and had his kidney transplant surgery on October 29, 2013. The decision to accept Adam as a donor was not automatic. Adam had three renal arteries, and in order for the transplant to work, it needed to be only one. Very intricate surgery to splice the arteries together was the only way it was possible. Dr. Justin Burns removed Adam's kidney. His portion of the surgery was very difficult, requiring an additional two hours to ensure that the arteries were in optimal condition. They had to be perfect for Dr. Dana Perry to complete the transplant process. Her job was to finish the intricate task of splicing the arteries together, prepare the kidney for transplanting, and then place it in Trey. Both are brilliant surgeons, and thanks to their skill, Adam and Trey are doing very well recovering from their surgeries.

Despite my family’s history with FSGS, we have been blessed in many ways. We have stuck together over the years and have helped each other in our time of need. I want to thank my brother and nephew for giving me and my son the gift of life. And I want to thank the doctors and nurses at Mayo Clinic for the wonderful care we both received. Most of all, I want to encourage everyone to consider becoming an organ donor to help someone in need live a long and healthy life.”

--
Jane Sullivan Horne is a kidney transplant recipient and mother of Trey.
--