Living Life to the Fullest After Epilepsy Surgery 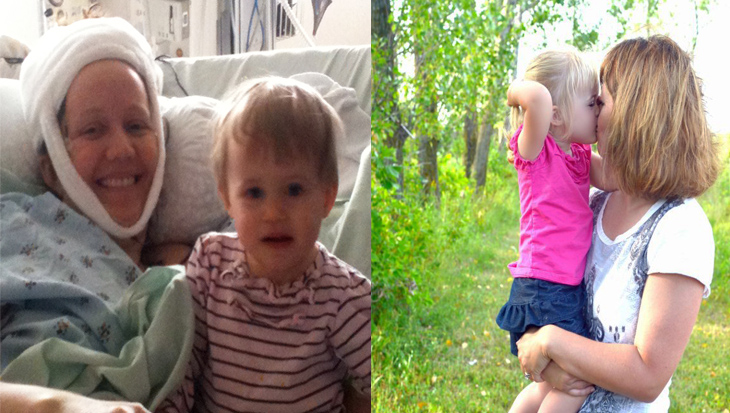 My name is Jill Staloch, and I had my first seizure when I was a freshman in college. Epilepsy never impacted my life, besides having to take medications and having a yearly appointment with my doctor. It wasn’t until 2010 that my life changed because of seizures. I had been seizure free for at least 10 years, but during my pregnancy, I started to have multiple seizures weekly.

During this time, I was worried about my baby’s health, I could no longer drive or be left alone, I was having difficulties doing tasks at work, and I eventually had to be on bed rest. Even after delivering a healthy baby girl, I continued to have seizures. I still was unable to drive and couldn’t be alone with my daughter, and my family worried about me. Epilepsy had taken control of my life. My husband researched different ways we could get help. He said we needed to go to the Mayo. I was resistant but knew something different had to be done.

After many tests, doctor appointments, and time on the epilepsy unit, I learned I was a surgical candidate. In April 2012, I had grids placed for EEG monitoring and spent weeks in the ICU at Saint Marys Hospital at Mayo Clinic. Thanks to Dr. Britton, Dr. Meyer and his residents, my mom’s constant support, my visits from my daughter and husband, my prayer blanket from the hospital chaplain, calls and cards from friends and family, and the great nurses, I managed to stay in the hospital for that length of time. Saint Marys became my second home, and the staff became my friends. I still remember the questions Dr. Meyer’s residents asked me every morning. When the grids were placed, everyone was hoping I would have a seizure so the doctors could perform the surgery, but I never had a seizure. Finally after five weeks, there was some activity from the monitoring, so Dr. Meyer performed surgery; however, it was not what was hoped for.

After a few months, I started to have seizures again. Not as frequently, but I was not able to live life as an independent adult and mother. I talked with Dr Britton and Dr Meyer, and both agreed that surgery was still an option. In December 2012, I had my second surgery, and I’ve been seizure-free for one year. Faith is an important part of my life, and I believe Dr. Britton and Dr. Meyer are my angels. They have great strength and knowledge. Their encouragement, along with the other hospital staff and my family, kept me focused on getting better.

Even though the last three years have been very difficult, I’ve been seizure free. My story isn’t ideal, because I had to have more than one surgery, but I’ve become a stronger person, I’m living my life, spending time alone with my daughter, traveling for work, and I now feel strong and determined. I’m so thankful for my amazing doctors, pray for them daily, and thank God for them every day.