From the Alaskan Woods to Top of the Transplant List 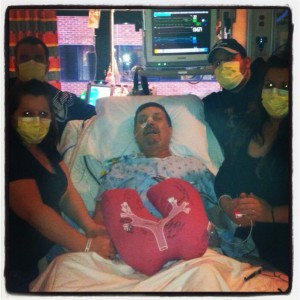 The first sign something was wrong came when Dennis Chavez was out hunting caribou with his wife, Maria. The Wasilla, Alaska, native suddenly found that he couldn’t cover ground like he used to. He quickly became winded — much more quickly than he expected.

He ignored the signs for a while. But one day a few weeks later, he found he could barely make it up a flight of stairs. He was breathing hard. His face was gray. His wife and daughter knew something was wrong. They got him on a flight to Anchorage, where after a series of tests and a biopsy, his doctor determined that his heart was enlarged and his lungs were hardening. Then his lungs collapsed.

The diagnosis was Langerhans, a rare disease where, according to the National Institutes of Health, immune system cells build up in the body causing a range of problems, as well as pulmonary hypertension. He would need a double-lung transplant.

Chavez's doctor in Anchorage told him he was going to need to be seen at a larger medical center equipped to do transplants and handle a complex case like his. Chavez and his wife did some research and decided their first choice was Mayo Clinic. What they learned was reinforced by his doctor.

Getting to Mayo Clinic, it turned out, wasn't going to be so easy. First, he had to get approval from his insurance company to come to Mayo for treatment and to be medevac'd from Alaska. Then, there was the flight itself — a lengthy adventure in a plane so small, he says, that the flight nurse could barely maneuver around him. During a stop in Oregon to refuel, Chavez says he nearly gave up and didn't want to get back on the plane. "I could smell the ocean, and it was peaceful. And I thought, if I'm going to go, I want to go here," he says. Eventually, his wife and the flight crew calmed him down and gave him a sedative to help him get through the last leg of the trip.

When he arrived in Rochester, Chavez says he was greeted as if a VIP had arrived. He initially attributed that to timing — it was 2009, and Wasilla, Alaska, was in the news and the focus of some intrigue due to a certain vice presidential candidate from the town. It turns out that the VIP-like treatment would simply be the norm for how he was treated, he says. "Everybody here was wonderful and nice," he says. "Everyone here treated me like gold."

After his first visit to Mayo Clinic, Chavez was able to manage his disease to a degree with medications. He had to get healthier to be able to withstand the transplant. But before that happened, his wife became ill. They learned she had lung cancer, and suddenly the caregiver role was reversed. Within eight months, she succumbed to lung cancer. The loss, of course, hit Chavez hard.

"At that point, I felt like giving up. I didn't want to go through with the transplant anymore. I wanted to be with her," Chavez says. But time, the thought of leaving his four children and his grandchildren behind, and a conversation with his transplant coordinator changed his mind. "I talked to Nadine (my transplant coordinator at that time), and she said, 'I know Maria. And I know she'd want you to get those lungs.'"

So in January 2013, Chavez came to Rochester for what he thought might be a lengthy stay at the Gift of Life Transplant House awaiting a donor. But again, the best-laid plans didn't work out quite as expected.

Chavez had done what he needed to do to prepare for surgery, but his lungs continued to deteriorate. His doctors felt he might have just a few days or weeks.

Then, 10 days after landing in Rochester, he got the call. A pair of donor lungs had become available, and it was time for the transplant. "They were a perfect match," Chavez says.

In the days after transplant, Chavez said he felt the difference immediately. "I felt 20 years younger. I feel like a new man. I have my energy back."

Today, Chavez feels a calling to reach out to others in need of transplant to help them find hope and faith. And a calling to spread the message about the need for organ donation. "You're not going to need them anyway, if your time has come," he says. "And they can give someone else a second chance at life."

Hear more from Dennis Chavez about his transplant experience in the video below. 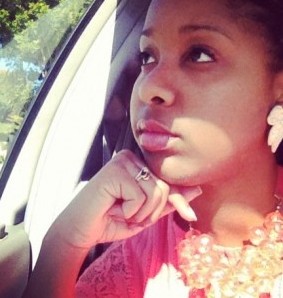