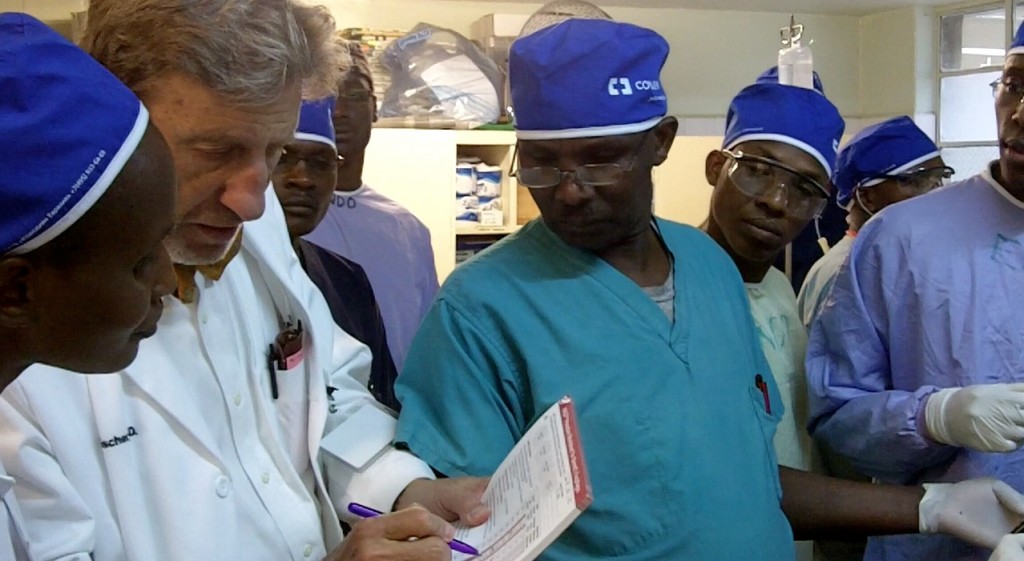 Esophageal cancer is a challenging enough condition to treat at the best medical centers in the U.S. When the condition affects scores of people in a developing country in eastern Africa, the challenge is all the more demanding.

David Fleischer, M.D., a gastroenterologist at Mayo Clinic in Arizona, and his colleagues, working in collaboration with Mayo Clinic in Minnesota, the National Institutes of Health (NIH) and Tenwek Hospital in Bomet, Kenya, were focused on a noble charge: to work with physicians and staff at Tenwek to intervene early when patients exhibit symptoms that could lead to esophageal cancer.

Dr. Fleischer notes that in many patients with esophageal cancer, the disease is so advanced by the time they present to a physician that only palliative care is possible. In many medical centers such as Tenwek, where several new cases of esophageal cancer are seen each week, the standard of care has been to outfit patients with a tube (stent) in the throat to assist with their swallowing. However, “swallowing a tube is not a cure,” he affirms.

Dr. Fleischer says the goal is to diagnose and treat patients much earlier, before their cancer becomes advanced. He and the team used radio frequency ablation, a minimally invasive endoscopic treatment, to cauterize early cancer cells. This is the first time this treatment has been performed anywhere in Africa, says Dr. Fleischer.

Tenwek Hospital, one of the largest mission hospitals in Africa, has a highly competent staff, according to Dr. Fleischer, and the medical staff were receptive to learning about this new treatment. He said the hospital is significantly different from Mayo Clinic in terms of resources but very similar to Mayo in its mission — to deliver compassionate care.

In the video below, Dr. Fleischer describes his trip to Tenwek Hospital to treat patients with the early stages of esophageal cancer.