Knocking “Care Coordination” Out of the Park 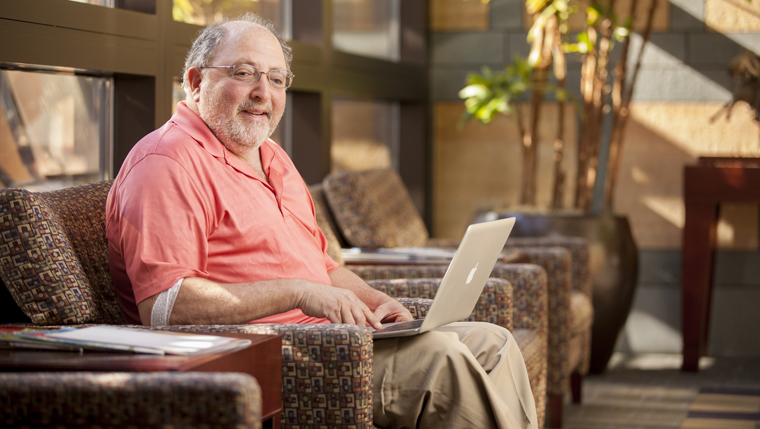 When I arrived at Mayo Clinic in Scottsdale, Ariz., that September day almost five years ago, my care for colon cancer was fractured and really a mess. I had suffered through a second bout of the disease, when the cancer jumped from the colon to the lung. After surgery to bisect the upper lobe of the left lung, I had just embarked on a six-month program of chemotherapy.

A local hospital had bungled the pathology from the original colon surgery in February 2008, discovered only when I went to a facility in Texas for a second opinion. As it turned out, at the time of the original colon resection, a trace of cancer was evident in a lymph node, doctors there discovered. Had my oncologist at the time possessed that information, he would have immediately placed me on a course of chemo. He didn't, and suddenly I had become a Stage IV cancer patient for the worst of reasons: medical error.

Just as bad, the surgeon who performed the original colon surgery did such a poor job sewing up my abdomen that it created an incision hernia. When she fixed the hernia, she told me she had inserted some mesh to pull the area together. That turned out to be false. The hernia surgery had to performed again. This time she demurred and sent me to another surgeon, who did the job properly.

No apology from the doctor or the local hospital has ever been forthcoming.

In the late summer of 2009, the second opinion confirming the spot on my lung, the biopsy, the surgery itself, and my first chemo sessions were reminded me of the times I was given flu shots in the pharmacy of a Safeway. My anxiety was at an untenable level, and as now the CEO of my own health care, I had learned an important lesson: the more doctors, clinics and hospitals involved without access to the same computer records, the greater chance for something to go wrong.

That's when Mayo Clinic became involved. I felt desperate. Through a friend in Major League Baseball, who is a prostate cancer patient at the facility, I was placed into the system and introduced to Donald Northfelt, M.D., in the most incredible fashion imaginable. On a Wednesday, I faxed in all my paper records. On a Friday I received a call from Dr. Northfelt, one of Mayo's leading oncologists.

I remember the call like it was yesterday and how it changed my life. Dr. Northfelt introduced himself to me on the phone and said he had gone over my records. He said he was ON VACATION, but wanted me to rest assured he was already working on my behalf and that he had set up an appointment for me on the Scottsdale campus the following week when he was back at work.

It was mind-boggling. I didn't even know this man. I am still waiting for follow up phone calls from the multiple physicians, who did my earlier surgeries. Nobody has even checked in. Suffice to say, I figure I will die waiting.

At that first Mayo appointment, Dr. Northfelt met me in a clean and inviting examination room. He took me on a tour of the chemo facility that looked like it was right out of a spa at a J.W. Marriott. He introduced me to a nurse practitioner and another assistant, and told me: "This is going to be your team. We are all going to be working to help you." But even more importantly, he took a great deal of time answering all of my questions. I am very involved in my own care and insist on knowing all the details. There was no rush. He was there as long as I needed him.

Right then and there, I made the decision to umbrella ALL of my health care at Mayo, and a great burden was lifted off my shoulders. The anxiety dissipated, and I never felt it again. Like Humphrey Bogart said to Claude Raines in Casablanca: "Well, Louie, it looks like this is the beginning of a beautiful friendship," that's the way I felt about meeting Dr. Northfelt.

There was other common ground. I'm a baseball writer and columnist for MLB.com. He's a baseball fan from Minnesota and loves the Twins. The new Target Field was about to open in Minneapolis. I'm from New York and am partial to the Yankees. Since the Yankees usually take apart the Twins in the playoffs, we have a lot to talk about.

Along the way there have been pitfalls. During chemo, I developed blood clots in my lungs called pulmonary embolisms. I started coughing up blood and felt strange pains in my shoulder and neck. Dr. Northfelt had me rush to Scottsdale for a CT scan. Unlike most medical facilities where you have to wait days, sometimes weeks for results, the Mayo had them back immediately. I was sent to the ER at the Mayo Clinic Hospital and was told they'd be waiting for me there. It was Labor Day weekend. They bombarded me with blood thinners, and I was out in three days. The care was amazing.

It's now nearly five years later, and I'm fortunate enough to be cancer-free. This past September the good doctor told me for the first time that he couldn't justify seeing me for another year, that he was confident as a two-time cancer survivor I am going to make it.  I know I'm only as good as my next negative test, but I trust he is right. At least I know how much he cares.

And just like our very first visit and every one after that, he gave me all the time I needed.

Barry M. Bloom is a national reporter and columnist for MLB.com.

What a blessing for you. Continued good health to you. Northwestern Hospital has proven yo show the same care thus far. I am receiving CHEMO for colon cancer and six more treatments to go. I will receive results of my first CAT scan after first six rounds of CHEMO on Thursday. Praying it will show negative.