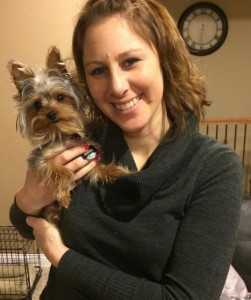 Carly Edgar faced a mystery illness, the baffling effects of a rare autoimmune disease, and the prospect of reconstructive surgery, but she found hope and help at Mayo Clinic.

In January 2013, Carly Edgar, an otherwise healthy 20-something, found herself in the hospital and in severe pain. The pain seemed to originate from near one of her ribs, but her local doctors couldn’t identify the source. She spent a week in the hospital without any answer. She was released, but it wasn’t long until she was back again.

Carly rated her pain at 10 on a 10-point scale, but doctors started to doubt her symptoms. They gave her pain medicine, but they also recommended antidepressants. When her boyfriend noticed a bump forming on her nose, she was told it was likely just a pimple. After a second week in the hospital, with things only looking worse, Carly asked to be discharged, and she and her boyfriend traveled to Mayo Clinic in Rochester, Minnesota, in search of answers.

Within a few days, Carly had her surprising answer – a rare autoimmune disease called relapsing polychondritis. The disease attacks cartilage, and it was affecting not only her ribs and her nose, but also her heart, where doctors at Mayo found inflammation. She admits that it was a difficult diagnosis, but it also gave her hope that treatment could control her symptoms.

In the video below, Carly tells the story of how doctors at Mayo Clinic diagnosed and treated her rare condition, supported her, put her back on the path to health, and performed reconstructive surgery to deal with the lost cartilage in her nose due to this disease. “I want to share with everyone how Mayo Clinic not only saved my life, but also gave me my life back,” she says. “I'm so thankful that they wanted to take my case on and help me out.”
https://www.youtube.com/watch?v=mtMlx_p9KxE&feature=youtu.be