Not Ready to Slow Down 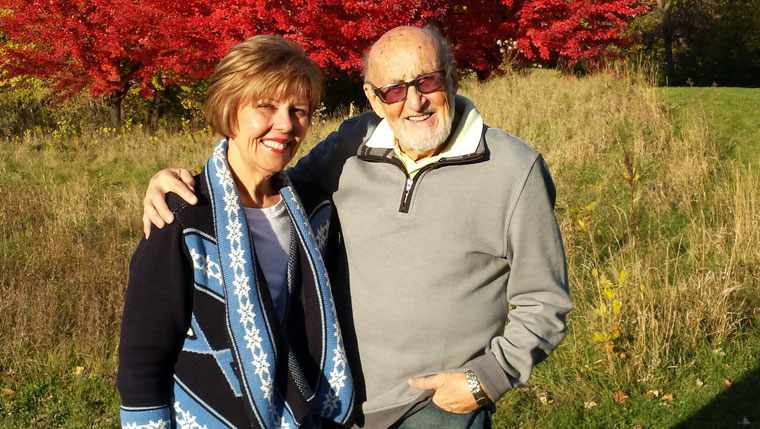 For years, Harold Magy was familiar with the inner workings of Mayo Clinic. As a mechanical engineer for more than two decades with a company that frequently worked with Mayo, he knew the ins and outs of many of the clinic’s complex mechanical systems in Rochester, Minnesota. But during that time, he was never a patient at Mayo, and he never thought he would be.

"I have had heart problems for a long time," says Harold. "I always took care of it with my local doctors. I didn't think about going anywhere else."

That changed in the summer of 2013. Harold's health had slowly deteriorated to a point that he had very little energy and spent most of his time at home. His wife, Judy, ultimately insisted he seek another opinion about the best treatment for his heart condition. Today, Harold is extremely grateful for his wife's persistence. Thanks to a revamped treatment plan developed by his physicians at Mayo Clinic, now at age 88, Harold has returned to working and teaching on a regular basis.

"Since I went to Mayo Clinic, I've gotten better and better," he says. "I feel mentally sharp, and I'm back to doing what I love."

Despite a long-standing diagnosis of heart failure, Harold was always active. He exercised every day, maintained a busy work schedule, and took time to teach design and drafting classes to Somali youth in his hometown of Minneapolis. About three years ago, however, he noticed some persistent and troubling health changes, including weight gain and fatigue.

"After a while, I couldn't buy pants that fit me around the waist, and I had to wear suspenders. My ankles were unbelievably thick," says Harold. "It was embarrassing. I started pulling inside myself. I didn't want to go work, because I didn't want other people to see me."

The medication he was taking didn't help, and his condition gradually worsened. Many days it kept him confined to his home.

"I was tired all the time. I didn't feel well. I didn't want to get up in the morning," says Harold. "I assumed that was just the way my life was going to be. Finally, one evening my wife and I were sitting together at our kitchen table, and she said to me, 'Harold. This is it. You're not getting better. You need to go to Mayo Clinic.'"

When Harold arrived at Mayo Clinic for his appointment, the doctors were immediately concerned about his condition. He was admitted to the hospital, where he remained for a week.

Using blood tests and other evaluations, his health care team confirmed Harold's diagnosis of heart failure. But they took a new approach to his care, changing many of his medications and recommending he switch to a no-salt diet. In addition, while he was in the hospital, Harold underwent a procedure to take excess fluid from his body. That process resulted in almost two liters of water and other fluids being removed.

"All those years working with Mayo Clinic, this was the first time I had ever been a patient," says Harold. "To be honest, I was a hard sell to go there. I thought, 'What could they do that hadn't already been done?' Afterward, I couldn't believe it. They changed my life completely."

A return to life

Harold now goes to Mayo Clinic to see his cardiologist every six months. But his medical condition is no longer a big concern for him. He's back to his busy ways and is currently working on several large engineering projects. He's been able to get to and stay at a healthy weight, exercising daily. And he has no intention of slowing down again.

"I feel great. I keep striving to learn more and share what I know with others," says Harold. "I just can't say enough about my experience at Mayo. It really helped me feel how good it is to be alive. And, of course I have to say a big thank you to my wife who saved my life by making me go to Mayo Clinic."