Learning a New Way to Live, With Pain 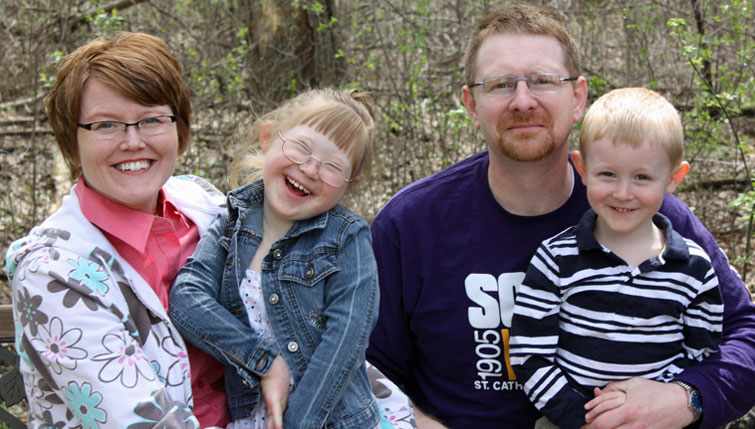 Look at Carl White today and you see a busy, content family man. A husband and father of two, Carl recently completed his bachelor's degree and now is pursuing a master's in social work. When he's not in school or studying, you'll likely find him either at his job as a health unit coordinator at Mayo Clinic Hopsital, Saint Marys Campus, in Rochester, Minnesota, or spending time with his family.

At first glance, Carl may seem like any typical, hardworking dad. Rewind a few years, though, and you'll understand just how far Carl has come and the enormous struggles he has had to overcome.

Back in 2009, Carl was consumed with chronic pain — the result of two serious accidents. He attempted to cope by taking steady doses of strong pain medication, along with a significant amount of alcohol. But it provided little relief.

"I was in constant pain. I couldn't think. I couldn't function. My family was falling apart. I didn't know what to do," Carl says. "Time seemed to go so slowly while waiting for a magic bullet, a new medical breakthrough that would take all the pain away. I believed that all I needed was to have the right surgery or find the right pill, and I would be cured."

"I was in constant pain. I couldn't think. I couldn't function. My family was falling apart. I didn't know what to do."

Unfortunately, that didn't happen. Angry and discouraged after several years of dealing with the pain, he was not receptive when a doctor at Mayo Clinic referred him to Mayo's Pain Rehabilitation Center.

"I didn't know anything about the center, and I didn't want to know anything about it," Carl says. "When the doctor recommended I go to the Pain Rehab Center, it sounded to me like he was giving up on me or pushing me off on to someone else because he couldn't fix my problem."

Much to Carl's surprise, the program proved to be more than just helpful. It was transformational. Since participating in a three-week program at the Pain Rehabilitation Center in 2009, Carl has used what he learned there to break free from his debilitating cycle of chronic pain and addiction, and focus on making substantive, healthy changes in his life.

"It was the starting point for changing my life," Carl says. "I had never had a way to deal with my pain other than medication. The PRC gave me other coping skills and tools I didn't know existed. That made all the difference."

When Carl first went to the Pain Rehabilitation Center, he had already been through years of medical therapy and treatment. A harrowing car accident in 1995, when he was 21, had broken several ribs, lacerated his liver, collapsed one of his lungs, and crushed his spine. It took months of physical therapy for Carl to be able to walk again.

Eventually, he was able to return to his job. But at the time, Carl was employed as a concrete construction worker, and the demanding physical labor took a heavy toll on his injured body.

"The more I worked, the more I needed pain relief. I went back to a job that required brute force, as well as constant motion," he says. "At times the pain was unbearable, but I was unwilling to find a different job."

During that time, Carl became more and more dependent on pain medication and alcohol. Although he managed to hang on to his job, his health deteriorated, and his addiction grew worse. Then in 2002, when Carl was 28, came the second accident. A floor he was working on at a job site collapsed under his feet. He was buried in concrete. The impact severely damaged his back again. After that injury, pain was a constant presence in Carl's life.

Following dozens of fruitless attempts to relieve the pain by other means, Carl came to the Pain Rehabilitation Center program frustrated and skeptical that it would do him any good. Slowly, however, he began to notice changes in other people going through the program that intrigued him.

He saw people transition from sitting in a wheelchair to using a walker or a cane. He saw people once saddled with high doses of medication needing less and less. "People were starting to laugh, starting to live again," Carl says. "When I saw that, I began to realize there was something to it. I wanted what they had."

Carl credits the Pain Rehabilitation Center staff with helping him to see he could make similar changes happen in his own life, but they were not going to be sudden or dramatic. Instead, crafting a plan tailored to his needs, they worked with him to implement small, step-by-step changes that would eventually get him where he wanted to go.

"I was an all-or-nothing guy," says Carl. "The staff were incredibly patient and compassionate. They helped me see that I needed to change my expectations."

"I was an all-or-nothing guy. The staff were incredibly patient and compassionate. They helped me see that I needed to change my expectations."

Physical therapy, occupational therapy, counseling and referral to an addiction program all helped Carl adjust to a different way of living and managing his pain. He learned how stress relief, biofeedback, stretching, exercise and relaxation techniques could allow him to better manage how he felt and reduce the power pain had over him.

"It was amazing what they were able to do for a guy like me, a tough, construction guy. I thought I didn't need any help," says Carl. "They gave me the insight I needed to understand what made my pain worse and how I could take charge of that. It didn't all magically disappear. But now I feel like I'm in control most of the time."

Sharing his story to help others

Even though it has been several years since he completed the program at the Pain Rehabilitation Center, Carl still feels its impact on his life on a regular basis.

"I like measureable outcomes," he says. "I haven't taken any pain medication since I went through the PRC. I haven't had a drink since I went through the addiction program. I'm still married. I have a great wife and two great kids. I used to think I had to do everything or it wasn't worth doing anything. Now I see that I don't have to be Superman. I can give my family my love, and it's enough. That's what they really want."

In gratitude to the difference the program made in his life, Carl takes time every three weeks to talk with current Pain Rehabilitation Center participants. He shares his story and encourages others to find the parts of the program that will work best for them. He particularly enjoys meeting people who feel dubious about the benefits the center has to offer.

"I like talking to the skeptics most of all, because they remind me of myself," says Carl. "I tell them about how I fought it and was frustrated ... I tell them it's okay to be upset, but try to let a little light in. See that there are ways it can help.

"The PRC program is big," he says. "I encourage them to find something — some little technique or tip — they can relate to and start using them right away. When they start using those nuggets, they begin to see how it can make a difference. Then they start to understand that things really can get better."

Very nice Carl. I enjoyed reading this. You are still a superman in my eyes. Your heart is bigger than anyone I know and I am happy to have you as a co-worker and feel honored to be able to call you my friend.You should be proud of yourself. You’ve come along way.

I’d like to know what these pain rehab programs cost.

Perhaps this link will be helpful: http://www.mayoclinic.org/patient-visitor-guide/billing-insurance.