Perfume Maker Gets Her Sense of Smell Back 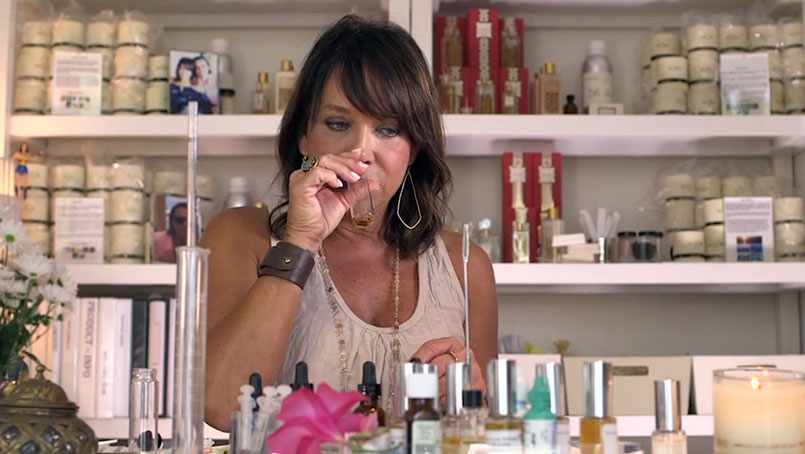 Kim Spadaro tells stories through scent. She travels the world capturing unique olfactory experiences and bottling them for others to share. "My experience [in these places] is really what turns it into a fragrance," she says. "I can tell you how something smells in a story."

That, of course, requires a keen sense of smell.

Kim used her talent and refined sense of smell to found Spadaro Luxury Fragrances and make a living capturing scents from around the world. Medical issues nearly derailed that and put an end to her perfuming days.

First, she began having odd sensations in her head. "It was like a mushroom exploding," she says "I felt like I needed to hang on." She sought answers at Mayo Clinic's Florida campus, where she learned that she had a brain tumor. She feared the worst. Her mother had died of a brain tumor. But, Robert Wharen, M.D., Department of Neurosurgery, assured Kim that her tumor was benign. However, the tumor had begun pressing on, and potentially damaging, her olfactory nerve, which controls the sense of smell.

"At one point, I thought, 'At least I'm going to live,'" Kim says. "But, this is my passion. This is what I've done my entire life." A damaged olfactory nerve would end not only her career but also take away much more.

Dr. Wharen worked with a multidisciplinary team to perform a minimally invasive microsurgery to remove the tumor and restore Kim's ability to live her passion and share it with others. "The challenge was to remove the tumor without damaging the olfactory nerve," he says. The results were even better than Kim hoped.

Kim says her sense of smell is "refined now … it's stronger than ever." And as her sense of smell has grown, so has her passion for bottling global experiences for others to enjoy. She has a fifth perfume in the works and jokes about her hair finally growing back from the small surgical site. "Everything is great," she says.

Learn more about Kim's story in this video: