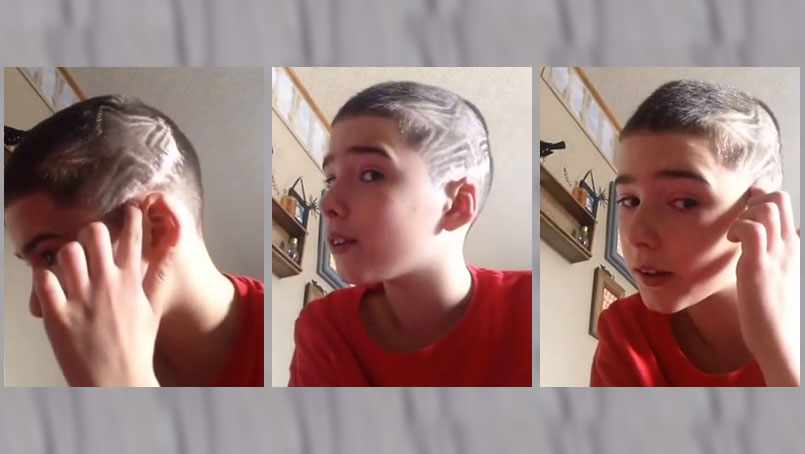 After brain surgery at Mayo Clinic, Xander Torres is a healthy, happy kid

"My hand is wiggly." When 4-year-old Xander Torres said these words to his mother, Sarah, she had no idea the long journey they would begin. "To be honest, I didn't think much about it at first," she says.

Several weeks went by when Xander's hand was occasionally "wiggly." Then during a stint as ring-bearer in a family wedding, he had what looked to his parents like a seizure. Frightened and confused, they took Xander to several physicians in their hometown of Omaha, Nebraska. Unable to learn what was causing the problem, and with his seizures growing more frequent and severe, the Torres family decided to travel to Mayo Clinic’s campus in Rochester, Minnesota, in hope of finding answers.

After evaluation and several months of other therapies, young Xander eventually underwent brain surgery to relieve his seizures. The results have been life-changing. Today, with his seizures well-controlled, Xander is a little-league baseball player who loves science and intends to be a brain surgeon when he grows up.

The search for a solution

What started out as spasms in Xander's hand quickly escalated over six months to encompass the right side of his body and then progressed to full-body seizures. As upsetting as Xander's seizures were, his parents were just as concerned about the lack of explanation for them. Multiple tests failed to identify the cause of Xander's symptoms. With little to go on, the family turned to Mayo Clinic.

"The first doctor we saw at Mayo sat down with us after Xander had an MRI and an EEG and went through every single slide of my child's brain with us," says Sarah. "He took time to explain them – to explain what we were looking at and what was going on. We breathed a huge sigh of relief. It was exactly what we had been looking for."

Xander and his parents were then referred to Elaine Wirrell, M.D., a Mayo Clinic pediatric neurologist. She recommended they first try medication to control the seizures. It didn't help. They raised the doses and tried adding other medications. That didn't work, either. In fact, Xander's seizures were getting progressively worse. And now, instead one or two seizures a week, Xander was experiencing as many as 15 to 20 seizures in one night. It was time for a different approach.

Concerned about the high doses of medication he was taking with little relief, Dr. Wirrell asked Xander's parents to consider surgery. They agreed and in February 2010, at age 5, Xander had a series of procedures that would make all the difference for him.

During his first surgery, Xander's Mayo Clinic care team placed a device on his brain designed to pinpoint any areas within the brain that were not working properly. It identified an abnormality in a section called the parietal lobe. A cluster of cells in that area were sending the wrong signals to the rest of his brain. Doctors were confident they had found the primary source of Xander's seizures.

In a second surgery, Mayo Clinic neurosurgeon Nicolas Wetjen, M.D., and his team removed the cluster of abnormal cells from the parietal lobe. After that procedure, Xander's seizures continued, at first. But after several weeks of recovery that included another assessment of his brain to check for additional abnormalities, the seizures stopped. 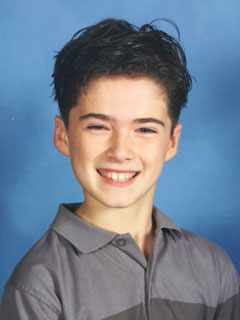 Since his surgery, Xander has had occasional seizures, and he continues to take medication for them. But seizures no longer overshadow his daily life. At age 10, Xander is a curious, active kid who doesn't mind fielding questions about his medical experiences.

With no activity restrictions, Xander is free to play the sports he loves. He's also nurturing an ongoing interest in science. Recently he was enthralled with a television program that featured brain surgery. "I had to cover my eyes," says Sarah. "But Xander was just fascinated."

Looking back on their experiences now, Sarah recalls how she had been unfamiliar with Mayo Clinic and wasn't sure what she should expect. But she turned out to be pleasantly surprised.

"Going into it ― because Mayo is such a big facility and people come there from all over the world ― we were a little worried that Xander would just be a number," she says. "Not only was he not a number, everyone was so warm. They used our names; they got to know us. They listened. They really cared.

This story is so near and dear to me. On Nov. 10, 2015 it will my 40th anniversary of having brain surgery at the Mayo Clinic to relieve my epilepsy. It was 1975 and I was 9 years old and the first child to ever have this type of surgery. No pediatric neurosurgeon had done this type of surgery yet so I had a regular neurosurgeon, Dr. Edward Laws, who had never performed this surgery on a child along with the Head of Neurology, Dr. Gomez advising. It was a complete success!!!!!! I had 3 check ups the 1st year then yearly for the next 4. On my 5 year checkup Dr. Laws told us that because of my surgery they were able to do surgery on younger and younger patients and the youngest to date was a 3 month old! I am eternally grateful to the Mayo Clinic and the doctors & nurses who gave world class care.

I dont have cancer to my knowledge .ive lost close 80 lbs since 2006 mostly on weight watchers.i have pcos irratable bowel syndrom w somstimes sevre constipation,id like to have a almost total hysterectomy because i believe i have endometrosis along w the pcos &i have a tilţed womb &fat from the weight lose on lower belly i like removed cause it makes it hard to keep clean. the pcos put me into menopause .i have degenerative disc diease ,degenerative athritis& rumitoid athritis,they want me to have knee replacements,&my back causes me a lot of pain,i hav bone spurs on vertabrae &knees,and last but not leaat breasts reductions i believe all that weight gone would help my back .only i have medicare/medicaid& don’t know that they would pay i have united health care dual complete(medicare/medicaid) thanks for listening may the Lord continue to help Kelly