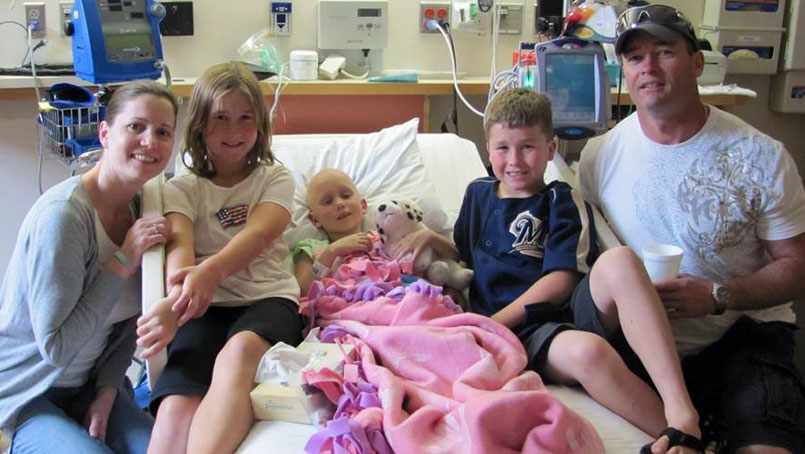 It's one thing to teach compassionate communication. It's another thing altogether to be on the receiving end of, "Your daughter has cancer." Learn how proton beam therapy gave Sherry Chesak, Ph.D., and her family hope.

Sherry Chesak, Ph.D., is a program director in Education and Professional Development at Mayo Clinic's Rochester campus, and has worked with doctors as they learn how to communicate compassionately with patients. That includes practices sessions that involve delivering bad news, such as, "You have cancer" or "Your mother's condition isn't curable."

When Sherry and her husband, Andy, were told that their 5-year-old daughter, Anika, had an inoperable tumor with many "fingers" behind her right eye on the optic nerve, Sherry stared at the door to the doctor's office, waiting for someone to walk in and tell them it was a practice session.

"It didn't feel real. It couldn't be real. This was our little girl," she says. "I wanted it to be one of the doctor-patient simulations I'd been involved in."

The door didn't open, however, and no one came in to tell the family it was a practice session. Andy broke down.

Although the diagnosis sounded devastating, the Mayo Clinic team told the couple Anika had a pretty good prognosis, with chemotherapy and radiation, and they'd expend every possible effort to treat her. "Their expertise reassured us," Sherry says.

Anika, then a kindergartner, spent the next 10 months being treated for a rhabdomyosarcoma -- a rare soft tissue cancer. Her treatment started with two weeks of chemotherapy at Mayo Clinic. Then Sherry took Anika to Houston, Texas, for proton beam therapy at MD Anderson Cancer Center. (Proton beam therapy wasn't yet available at Mayo Clinic but will be beginning in June 2015.)

Anika's doctors at Mayo Clinic worked closely with MD Anderson to coordinate her care while she was away, including continuing her chemotherapy during her seven weeks of proton beam therapy.

"We decided on proton beam therapy because radiation could affect Anika's brain and pituitary gland, which controls growth," says Sherry. "Proton beam therapy could pinpoint the tumor even better, avoid damage to the surrounding areas, and prevent some long-term side effects. We had to make a decision very quickly -- Mayo doctors told us there was no time to spare.

"The weeks away from our other two children at home in our family, in a place where we didn't know anyone, were especially difficult. If Mayo had had proton beam therapy then, our stress would have been so much less."

Grateful to everyone involved in her treatment 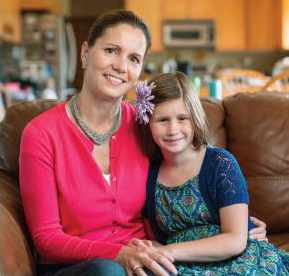 "Anika has had excellent care," says Sherry. "I could call the cancer center any time day or night, and the nurses knew her history, and I could talk to a doctor or resident. I never had to wait for answers. We're grateful for everyone who has helped us in her treatment journey."

Anika completed treatment just in time to start first grade. She lost vision in her right eye, near the tumor, but is otherwise healthy and thriving.

She has regular MRIs and gets the results the same day.

"I watch the faces of the doctors when they come into the room, to see if they look concerned," says Sherry. "So far, it's all been good news. Anika (now in fifth grade) takes it all in stride, but I breathe a sigh of relief each time. She'll be considered in remission later this year but will need to be monitored her entire life to watch for late effects of treatment, which is the norm for pediatric cancer patients who have had radiation therapy."

Although five years have passed, Sherry says her daughter's cancer is on her mind every day and probably always will be.

"We're appreciative of where we've been and where we are now," she says. "We know how fortunate we are and will always be thankful for Anika's outcome."

IN DEPTH: Proton Beam Therapy Helps to Reduce Side Effects of Radiation Therapy

This summer, patients with certain types of cancer will be able to be treated with proton beam therapy in the new Richard O. Jacobson Building in Rochester. (Learn about the grand opening event on Saturday, May 9.) In 2016, proton beam therapy also will be available at Mayo Clinic's Arizona campus.

Proton beam therapy doesn't replace conventional radiation, according to Steven Schild, M.D., a Mayo Clinic radiation oncologist, but rather broadens the opportunities for treatment, especially for pediatric patients. "We'll be able to offer this therapy as another treatment option for certain cancers and for patients who would benefit most from it," he says. 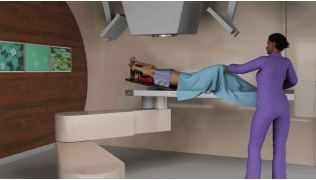 Sameer Keole, M.D., Proton Beam Therapy Program medical director in Arizona, has worked with proton beam therapy throughout his career and in the treatment of more than 700 patients. "Proton beam therapy is particularly useful for treating cancers in children," he says. "Today, many pediatric cancers have significant cure rates — some higher than 90 percent. Proton beam therapy is focused, which means people who have radiation therapy early in life are less likely to have long-term side effects and complications than if they have conventional radiation therapy. These side effects include secondary malignancies and loss of vision or hearing."