Tracking Down an Elusive Answer 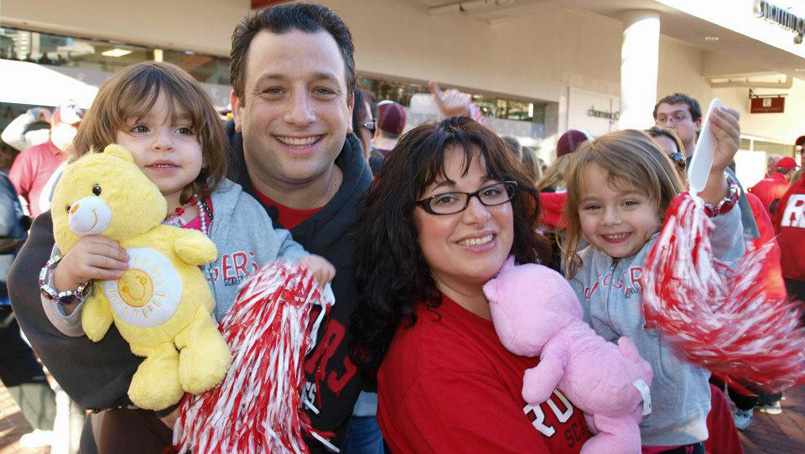 Plagued by persistent symptoms with no definitive cause, Scott Borden turned to Mayo Clinic to help solve a baffling medical condition that was interfering with his life.

In February 2015, Scott Borden boarded a plane in sunny Palm Beach, Florida, and flew into wintertime in Rochester, Minnesota. His trek north, in the opposite direction of most midwinter travelers, was born of frustration and determination.

For about a year, Scott had been battling a medical condition characterized by high blood pressure and low potassium levels. Although his doctors suspected an adrenal gland disorder, no clear cause for his symptoms could be found. At age 37, a professional with a young family, Scott wasn't content to accept the treatment options presented to him.

"To keep my blood pressure under control, I had to take a lot of medication," says Scott. "It caused significant side effects: retaining fluid, swelling, achiness, headaches. It was pretty rough. I couldn't just live that way indefinitely. I needed to find out what was going on."

After 12 months with little relief, one of his doctors recommended he seek care at Mayo Clinic with endocrinologist William Young Jr., M.D., an expert in the diagnosis and treatment of adrenal gland disorders. Scott jumped at the chance, and it made a world of difference.

"I got more answers in one week at Mayo Clinic than I had in a year of searching elsewhere," he says.

After he arrived at Mayo Clinic, Scott went through a series of blood tests and other exams, so his care team could better understand what might be happening.

The assessment focused on Scott's adrenal glands: two small, triangular glands located on top of the kidneys. Adrenal glands produce a variety of important hormones. Previous tests had shown that Scott had high levels of one of those hormones, called aldosterone. Aldosterone's job is to balance sodium and potassium in the blood. It seemed likely that Scott's symptoms were linked to the high aldosterone.

One of the tests Scott underwent at Mayo Clinic was adrenal vein sampling. During this test, using imaging as a guide, a radiologist places a tube in a vein in the groin and threads it up to the veins that drain the adrenal glands. Blood is then drawn from the right and left adrenal veins.

"I got more answers in one week at Mayo Clinic than I had in a year of searching elsewhere." Scott Borden

Scott had undergone a similar test with his local doctors, but the results were inconclusive. At Mayo Clinic, the test didn't offer a clear answer, either. But Scott's care team wasn't willing to leave it at that. Using imaging that showed the adrenal glands in more detail and additional veins around the glands, Scott's care team discovered a noncancerous tumor in his right adrenal gland.

"The numbers from the adrenal vein sampling were borderline. Where a lot of physicians might have said, 'Don't worry. This is not a problem,' Dr. Young was convinced there was more to it," says Scott. "He used advanced imaging and his years of expertise to figure it out, finding what others had been unable to see. It ended up working like a charm. He found the tumor when no one else could."

Scott's care team at Mayo Clinic found the tumor on a Friday. He had a minimally invasive surgical procedure the following Monday morning to remove it. Recovery went smoothly. Scott returned home and was back to work in two weeks. He was back to most of his usual activities within a month.

"I can do whatever I want — play with my kids, swim, lift, whatever I need to do. No recovery is easy, but this was as minimally invasive a process as I could ever ask for."

Since the surgery, Scott's medical condition has improved dramatically. Within 48 hours of the tumor being removed, his blood pressure and potassium returned to normal ranges. He has been able to stop taking three of the four medications he had been on before surgery.

Reflecting on it now, Scott believes that taking the trip to Minnesota in the heart of winter was one of the best decisions he's made.

"The whole experience at Mayo Clinic was great. Everybody was on the same page. They all knew who I was and what I was there for," says Scott. "Mentally, that was wonderful. After months of lack of communication elsewhere to not have to explain myself again and again was a big relief.

"The level of respect I received from everyone at Mayo Clinic was beyond anything else I've seen," Scott says. "People took me seriously; they took my illness seriously. There's a sense of empathy and compassion there that I haven't seen anywhere else on a broad scale like that. It was the best health care experience of my life."