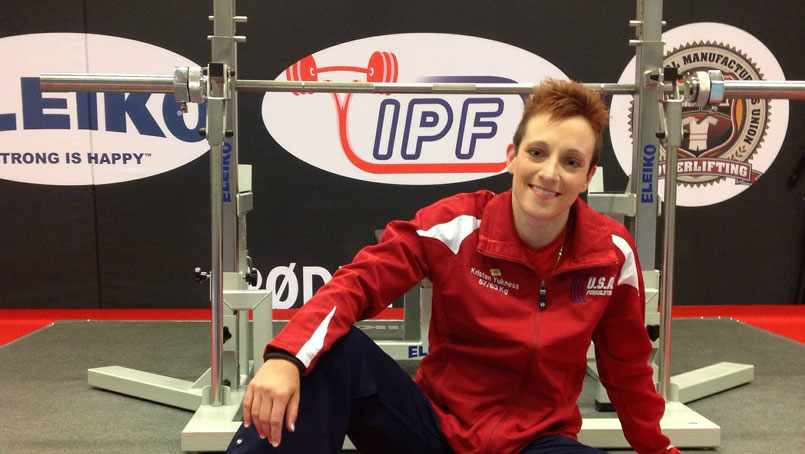 Kristen Yukness knew what her doctor was going to say next. After a finding of bilateral deep vein thrombosis after a routine flight, Kristen had a strong feeling – based on her family history – that her condition had been caused by an underlying form of cancer.

She was right. She learned that her venous issues were due to underlying endocervical cancer.

Even though she essentially expected to hear the words, "You have cancer," she says they still caught her off guard. "Even with having dealt with the loss of my parents and several family members to the disease, as well as the expectation of having it myself … it did not adequately prepare me for the cancer diagnosis," Kristen says. "Initially, there was a great deal of anger, especially over the loss of control."

And control is something Kristen Yukness is not used to being without. As a federal law enforcement agent, pre-med student, and competitive powerlifter for USA Powerlifting, the 38-year-old had made a career out of being in control of her surroundings and circumstances. Now that she wasn't, it was unsettling. "I went from being a well-tuned athlete to a person with a completely uncertain future in a short period of time," she says.

Kristen knew she was going to need to get past the shock of her diagnosis and come up with a plan of attack. And that's what she did. "I reframed and refocused my energy toward choosing the best practitioners, while remaining highly participatory in my own care and taking each day in short chunks of time," she says.

Those short chunks of time added up, between the time of her diagnosis on Jan. 6, 2012, and October 2013. Her care spanned Mayo Clinic's campuses in Arizona, Florida and Rochester. And it was intense.

"I was hospitalized for more than 3 1/2 months, had approximately 31 hours of surgery, had chemotherapy and radiation, was in kidney failure at least three times, had four sets of indwelling kidney stents, percutaneous nephrostomies, a temporary ileostomy, a partial pelvic exenteration, and two bowel obstructions that required additional surgery and hospitalization – all at or under the guidance of Mayo Clinic," she says.

And all, Kristen adds, under the care and treatment of "outstanding" physicians.

"If I can relate anything of my experience to other Mayo Clinic patients and staff, it's a snapshot of the teamwork between doctor and patient, mutual respect, and the collaborative effort to save my life," she says. "My surgeons, Matthew Robertson III, M.D., and William Cliby, M.D., are second-to-none, and I credit their skilled surgical hands and astute minds with paving my path to wellness. And the supportive and preventative care I received from Drs. Kenneth DeVault and Todd Miller also helped to complete a care team that I unequivocally trust and would recommend to anyone."

Due to her condition and repeated trips to the hospital, Kristen says she started to feel like a character on the hit sitcom "Cheers" – only instead of a bar, Mayo Clinic had become the place where she felt everyone had not only come to know her name, but had also come to treat her like family.

"All of the nursing and support staff I encountered provided compassionate, attentive care that often went above-and-beyond the call of duty," she says. "I also had the opportunity to speak with some of the pastoral staff in Rochester, who rounded frequently. From providing a prayer shawl, to mentioning my mom in a televised Mother’s Day mass, their efforts and presence epitomized what caring for the whole person is truly about." 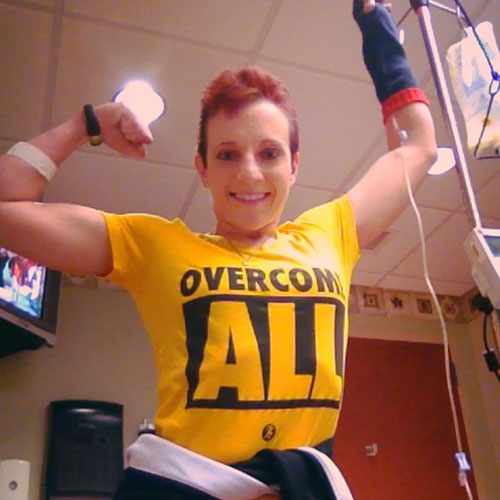 It's also what inspired Kristen to continue her childhood dream of pursuing a career in medicine herself. And to tell her story.

"My medical team's fight to preserve my life is such a story of teamwork and providing medical care that rings true of the desires and original vision of the Mayo brothers," she says. "It's now my desire, and duty, to share that story with others while reaching as many current and potential patients (and physicians) as possible along the way."

To that end, Kristen offers these words of encouragement, and advice: "Embrace all you do with determination and a fighting spirit," she says. "And be proactive by forming a therapeutic alliance with your physicians and medical professionals, because as a patient of Mayo Clinic, you have the opportunity to rely on an outstanding medical staff while remaining directly involved in your own care."

That's the approach Kristen took throughout the course of her treatment at Mayo, and it's what she credits with helping her get to where she is today, health-wise. Amazingly, in August 2013, less than a year after her last major surgery, she captured the USA Powerlifting Bench Press Nationals Championship and set a record, and she went on to represent the United States at the 2014 International Powerlifting Federation Bench Press Open World Championships.

"It's been more than two years since my initial diagnosis and my PET scans, thankfully, continue to come back clean," she says. "My list of thank-yous is certainly long, so I will simply say, 'To all of my Mayo friends, family, and fellow patients, my gratitude is yours – now and always. Be well!'"

Great Article!
I have been fighting cancer for years; this article is really inspiring!

Is there help for Tinitis

Is there help on tintus

Here’s a link to information on tinnitus treatment: http://www.mayoclinic.org/diseases-conditions/tinnitus/basics/treatment/con-20021487