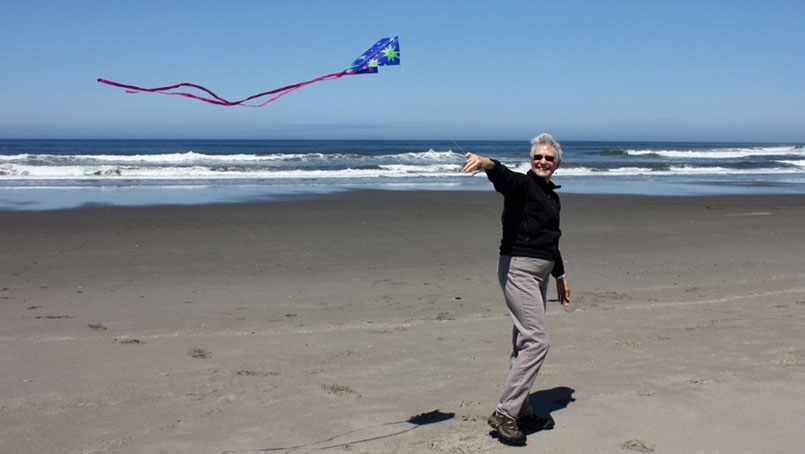 Mary Daugherty just wanted to sit still. For nearly four decades, the 73-year-old experienced tremors in her hands, arms and head. In 2014, she decided to do something about it.

Mary’s journey began when she was in her mid-30s and started to notice a slight trembling in her upper extremities. “I thought I just got excited or nervous, scared or tired,” she says. “When others started remarking on my tremors, I decided to seek a medical explanation.”

Her search led her to a diagnosis of essential tremor, a neurological disorder that causes rhythmic shaking in the body. “When the doctor told me I had essential tremor,” she says, “I thought he’d said, ‘Essentially, you have a tremor.’ That was no news to me. It wasn’t until years later when I read about (essential tremor) in a magazine that I realized he had been giving me a diagnosis.”

After reading that article, Mary joined the International Essential Tremor Foundation to learn more about her condition. The foundation funds research to find the cause of essential tremor in search of treatments and a cure, and provides information, support and services for those affected by the disorder.

Through the foundation, Mary had the opportunity to attend several educational seminars. During one of those seminars she was introduced to the latest treatment options, one of which was deep brain stimulation. Deep brain stimulation  involves surgically implanting electrodes in certain areas of the brain. The electrodes produce electrical pulses to regulate abnormal impulses.

“I was sure I would never have brain surgery for my tremor,” Mary says. “I couldn’t imagine someone invading my brain.”

However, as daily tasks like cooking, writing and playing her flute became more difficult, Mary began to consider the procedure. “My daughter encouraged me to have the procedure at a large hospital,” she says, “so I did a Google search and found that Mayo Clinic had one of the top neurology departments in the country. I had always been impressed with Mayo and called to see if I could get in.”

“It’s so much better. I’m so much more relaxed and don’t have to clamp down on myself like I used to.” - Mary Daugherty

She did. And in December 2013, Mary traveled from her home in East Lansing, Michigan, to Mayo Clinic’s Rochester, Minnesota, campus. There, she met with Kendall Lee, M.D., Ph.D., a specialist in deep brain stimulation procedures.

“Dr. Lee is just a sweetheart,” Mary says. “It was a much more thorough examination than I’d ever had, and he reassured me that the risks were low, the results high.”

Armed with Dr. Lee’s reassurance and the support of her husband, Mary decided to move forward with the treatment and returned to Mayo Clinic in May 2014.

Deep brain stimulation surgery can be performed as a single procedure, but it is commonly broken down into a two-step process. The first procedure involves brain surgery, in which a surgeon implants a thin wire lead with four electrodes at the tips into a specific area of the brain. Though general anesthesia may be used during this procedure, patients often remain awake and alert so that the surgeon can receive real-time feedback while placing the lead. “It’s not an easy procedure,” says Mary. “It’s definitely not for wimps.”

The second procedure is chest wall surgery. During this surgery, the patient is anesthetized while the surgeon implants a pulse generator under the skin in the chest, near the collarbone. The following day, the device is turned on, and the generator begins sending electrical pulses to the brain.

Since her surgery, Mary has seen a remarkable improvement in her tremors and usually doesn’t experience them at all. “It’s so much better,” she says. “I’m so much more relaxed and don’t have to clamp down on myself like I used to.”

Mary will continue to return to Mayo Clinic for annual checkups and to ensure that the pulse generator is working properly, but in the meantime, she’s enjoying the little things. “I play the flute, and that’s easier,” she says. “I fix meals, and that’s easier. Life is just easier.”

Such a wonderful story. Mary is very fortunate to get the relief she has been needing. I have spasmodic torticollis, Onset started in my late 20’s and was treated with many medications that would only make me tired. Then I was introduced to botox with numerous injections in the neck every 3 months and even with insurance is very costly. Now in my late 40’s I am still not a candidate for the deep brain stimulation. Injections wear off before the 3 months is up and the pain and tremor starts to esculate again. Normal, everyday things that are easy to most can be a battle. It’s so nice to see an article on a patient being able to get back to a normal life again. Hoping for many more years without symptoms Mary! 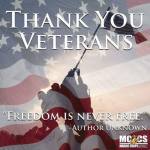 I have a tremor Mostly my right hand. I can not even sign my name and have to use my left hand on the mouse. My Dr. said there are meds for it but with bad side affects.

I was a police officer when my tremor became so bad I couldn’t hide it any longer. It took a while and several meds before the tried and true primidone at a very high dose worked. Lots of headaches and dizziness in the beginning but now my body is accustomed to it and there are no side effects, except the obvious … I don’t shake anymore! When I retired, I decided to stop taking primidone since it no longer mattered I had a steady hand, but found the tremor returned and that was truly disappointing, so I am back on the med and steady almost all the time. Just wanted to share a success story. Perhaps there is something out there for you too! I hope so.

I was diagnosed with essential tremor about 2 years ago. I am affected in the hands and have found that if I don’t let my arm touch when I write I can write much better. If you hold your arm up and move the whole arm…like writing on a blackboard….it is much easier. If I rest my hand when writing it is very hard to write or be able to read what I have written. Also, office supply stores have a wishbone pen that helps stabilize the hand.

I have cervical dystonia (spasmodic torticollis) and was diagnosed in my late 20’s. Came on in my early 20’s. I am now 48. Started out with the evaluation from a dr in Rochester MN. We tried drugs and the within 2 years I changed clinics and started botox. About 3 years ago I was on a trial for disport. With my dystonia I only have a small tilt to the side but a lot of tremor and muscle pain. The last year I now see the original dr who diagnosed me and I am back on botox again. The problem is that my dystonia moves all the time and we never can get the right dose.

I just had injections two weeks ago and we are now talking alternative options which we will discuss in April. DBS will be one of the options.

I am dealing with a trifecta, ET, RLS and Bipolar disorder. Even as I write this post I struggle with the mouse and key pad. My Dr. prescribed Propanol to help with side effects of my phyc. meds. Which can be violent. My great grandmother had tremors as she grew older (80 or 90) my onset was in my early twentys . I was sent to a neurologist, he said hold out your arms, then said you have essential tremors. No more than that no tests no treatment no info. In my life I was able to work with it, teased by fellow workers saying that “I can only work because my hands shake in stereo”. I can no longer hold a glass or plate. I drop and break things daily. no hope

All these life stories give me hope!…. I have been dealing with my tremors for about ten years now….it started in my twenties i am now 39….i got it from my dad side…..ive watched him deak with it and my grandpa and uncle and aunt and sister.. Its very aggervating…. I know this is unhealthy but the only help i get is from alcohol…start my day with a couple shots and throughout the day i have more . only relief i get…. I dont have insurance right now so i dont take any meds…i was on kolonipn and anti sezuire meds but i lost my job lost insurance. Life is awful right now…..there are no support groups in my state of indiana. Feel so lost

I had DPS for my left side effected by Parkinsons . Four months later I attempted the second DBS but when given the first ‘push ‘ of anesthesia, my brain felt left ken it froze and exploded. I could hear and feel everything around me but could not move or communicate for about three minutes. My blood pressure went up to 250.
I started breathing again and was taken to I C U in stable condition. I was tested for seizure disorders . Apparently I had two old subdural bleeds, one on each side of the brain. These were discovered by a scan just before the procedure. After the ‘ incident ‘ I had Fresh subdural bleeding on the right side.
For the last four months I have had brain scans and the bleeding has stopped.
The final explanation for what happened was ‘an unknown phenomenon ‘.
My surgeon wants to try again but the experience has left me Leary . He promised what happened would not happen again but how can you say that if you don’t know what happened?
I am having a hard time deciding on the second DBS . I am wondering if there are any studies or statistics on Parkinsons patients having one DBS. My left side is 3 times worse than my right. Any suggestions or information I woul d appreciate.
Dova

Unfortunately, we cannot diagnose conditions, provide second opinions or make specific treatment recommendations through this website. If your friend would like to seek help from Mayo Clinic, please call one of our appointment offices (Arizona: 480-301-1735 Florida: 904-953-0853 Minnesota: 507-284-2511).