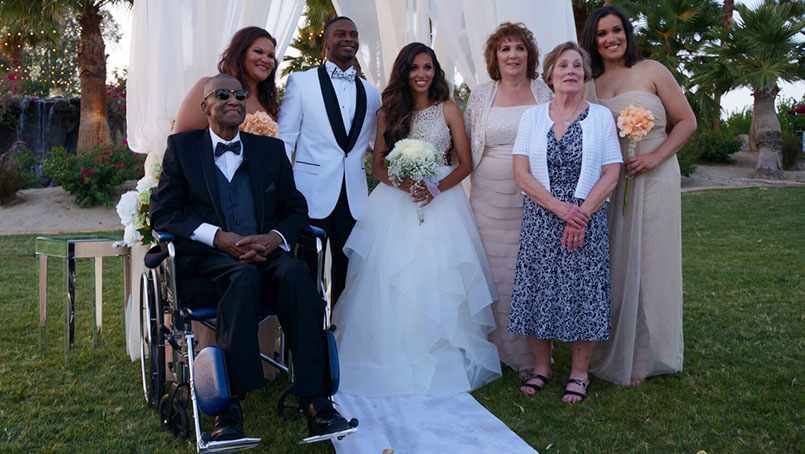 Andre Pearson wanted nothing more than to be in Indio, California, last June to answer the question: "Who gives this woman to be married to this man?" But up until the night before, it looked like he was going to be resigned to watching his daughter, Alexandra Price, get married from half a country away. Heart and kidney failure had kept Andre in a hospital bed at Mayo Clinic's Rochester campus since March. But then his care team had an idea.

As KESQ-TV reports, Andre came to Mayo Clinic from his home in Nebraska after his heart stopped pumping blood. In a novel surgery — performed by the father-and-son surgical team of Drs. Lyle and David Joyce — Andre was fitted with both a left and right ventricular assist device to help his heart regain its normal function. Still in a "frail state" following surgery, however, Andre was "in no condition" to fly to California, the station reports.

But as the wedding neared, Andre's condition improved enough to make his Mayo Clinic care team think that maybe there was a way that he could make the trip. So they talked it over. 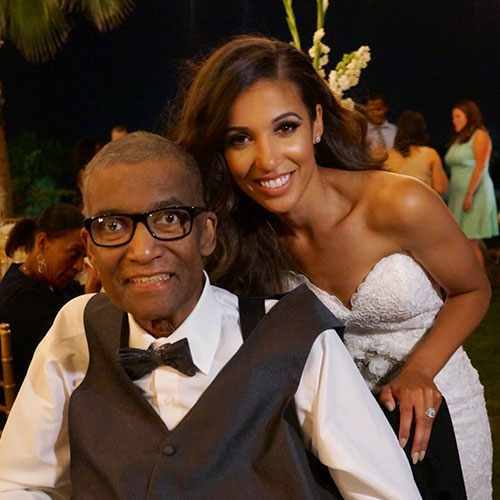 "They told me they had a meeting earlier that morning and said that they came up with something so I could see my daughter's wedding," an emotional Andre tells KESQ. "They told me they were going to fly me out here to California to see the wedding."

Making that happen required a true Mayo Clinic team effort, led by Andre's ventricular assist device coordinator, Sarah Schettle. She not only traveled to California with Pearson, but also helped him get a haircut and get fitted for a tuxedo. Then, the night before the ceremony, Andre made an entrance of his own and surprised his daughter.

"I knew he wasn't coming because I knew the circumstances and everything. And I just feel shocked. It feels like a dream," Alexandra tells KESQ. "It was just amazing to have him — sickness and all — here, and it just made me feel really happy and whole and complete."

You can see those magical moments in this post on the Mayo Clinic News Network. (Maybe bring a kerchief along.)

While his care team may have made the trip possible from a logistics standpoint, Dr. David Joyce says it was Pearson's "tenacity" that got him there from a health standpoint. "When you meet Mr. Pearson, and you realize what he's capable of, then you start to think outside the box a little bit," Dr. Joyce says. "That's when we came up with the idea of using a new device for supporting the right heart. He was kind of a pioneer and willing to take on that uncertainty, and it actually worked out beautifully."

You can watch video of Andre surprising his daughter below.