Be the Match: It Could Save a Life, Like Christina’s 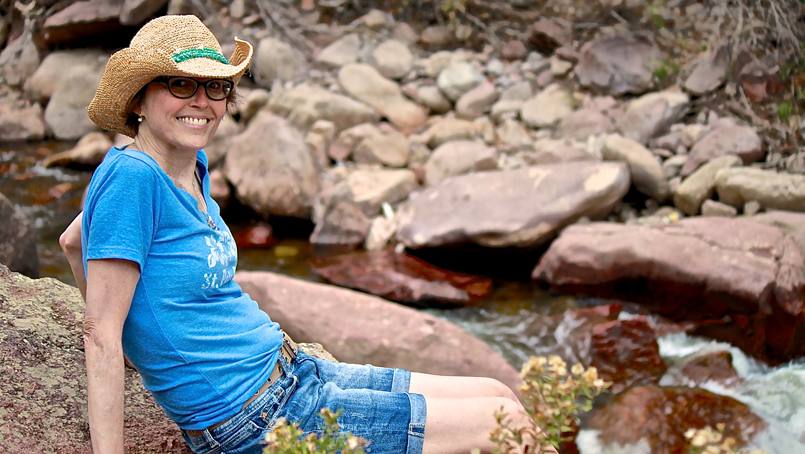 Christina Woodside starts off the YouTube video that chronicles her health journey by saying, “My family is like every other average family in America.” Her story, however is anything but average.

As part of an active family, Christina, along with her husband and their five children, enjoyed running, biking, fishing and snow sports.

In 2013, on the day after Thanksgiving, that active lifestyle was interrupted by what Christina initially thought was strep throat. She went to urgent care at a clinic in her hometown of Mankato, Minnesota. A strep test came back negative. But her white blood cell count was extremely high, and that pointed to a more serious problem.

Christina was sent to Mayo Clinic's Rochester campus, where she was diagnosed with leukemia. To say this came as a shock would be an understatement.

“I threw up right after they told me,” she says, describing the agony of learning her diagnosis.

She was admitted to the hospital, and shortly thereafter, Christina learned she would need a bone marrow transplant. She was told that she would have weeks to live if she chose not to have the transplant.

“It was a no-brainer,” Christina says of her decision to go ahead with the transplant.

At first, it seemed like it would not be difficult to find a donor. However, Christina had to have chemotherapy before she could receive a bone marrow transplant. “They can’t do a transplant if you have full-blown cancer,” she says. So, she had to wait until her body was ready for the transplant. And as time passed, finding a suitable donor became more complicated.

“By the time it came down to it, there were three donors,” she says. “Then, it was down to just one donor. People’s situations change; sometimes, they change their minds.”

After a long wait, Christina found a donor and had the transplant on June 4, 2014, which she calls her new birthday.

“I am so thankful for my donor and for the Be the Match organization,” she says. Be the Match, operated by the National Marrow Donor Program, is the largest marrow registry in the world and helps patients find life-saving marrow donors and provides support throughout the transplant process.

Bumps in the road to recovery

While the bone marrow transplant gave Christina a second chance, she's had some big bumps in the road to recovery. She had a relapse in January 2015. Her treatment options were limited, because of all her previous chemotherapy treatments. She opted for an experimental drug, which she reacted badly to, causing a seizure and leaving her in a coma for seven days.

When she came out of the coma, Christina had to go to physical therapy to learn to stand and walk again. Working with a speech therapist, she regained functional knowledge of language.

Today, Woodside says she is going to physical therapy sessions twice a week and making great strides. When she first walked into the physical therapy clinic, she was using a walker. Now, she can leg press 125 pounds. She has regained her ability to drive. And, she bought a recumbent bicycle and did a 12-mile River Ramble ride with her daughter.

And she's retained her optimism.

“Through all of this, I learned a lot," Christina says. "I am thankful for the medical staff and the support I received from family, friends and even people I’ve never met. I learned that people are good, and miracles do happen. Most importantly, I am thankful to be alive.”

Her doctor, Shahrukh Hashmi, M.D., Hematology, echoes that thought. “Without a stem cell transplant, Christina would not be here with us,” Dr. Hashmi says. “It is of utmost importance to become a registered donor on Be the Match for bone marrow or stem cell donation, since simple measures can save someone’s life, and the cycle of goodness continues.”

To find the donor drive near you, visit the Be the Match website.

Bone marrow donors save lives.. my daughter in lost her battle with leukemia before she voild have a bone marrow but they had located two bone marrow matches for her. She was so grateful to them both