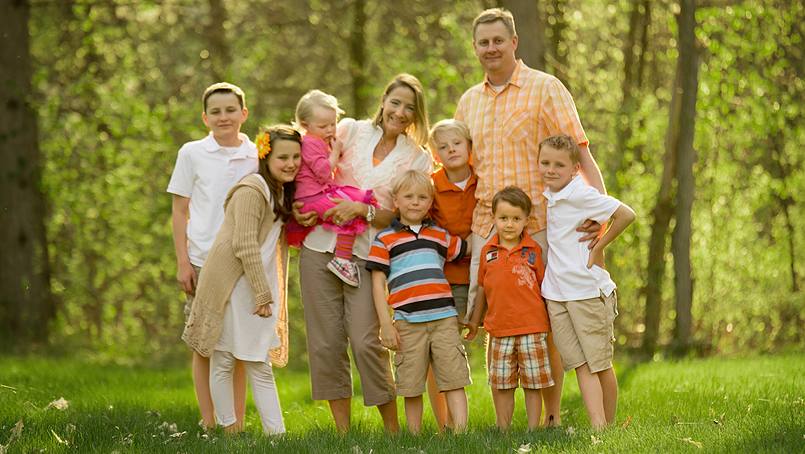 When her doctors suspected Kristen Soley had aplastic anemia, a rare condition in which the body stops making enough new blood cells, she says something told her to call Mayo Clinic.

Aplastic anemia carries with it a high risk of infections and uncontrolled bleeding. It can develop at any age and can occur suddenly. In Kristen's case, signs that something was wrong included swelling and bruising around her ankles.

Kristen and her husband, Nate, drove from their home in Waverly, Minnesota, to Mayo Clinic's Rochester campus, where her diagnosis was confirmed, and doctors outlined a treatment plan.

"They ran a battery of tests and left no stone unturned," she says. "I was so impressed with Dr. (David) Rosenman. In his first meeting with us, he reiterated what had happened to me in the last month and a half without even glancing at my chart. He'd taken it all in that quickly."

Kristen remained hospitalized for two weeks and had multiple blood transfusions -- necessary until her body resumed making blood cells. Next was treatment with a drug called anti-thymocyte globulin, which is given through intravenous infusion. She was able to have this therapy at a hospital close to her home, with Mayo Clinic overseeing her care and coordinating with the hospital.

"Dr. (Konstantinos) Leventakos and his team were unbelievable at coordinating with other providers," Kristen says. Dr. Leventakos is a resident in hematology and oncology at Mayo Clinic School of Graduate Medical Education, who was part of Kristen's care team. "I was in awe of how smoothly everything went throughout my treatment. The Mayo team always kept me informed, which made my life a lot easier."

More difficult was being away from her seven children, who she home schools. "I had to stay at my mom's for six weeks, because the flu was running through my house, and I couldn't be exposed to it," she says.

When the anti-thymocyte globulin therapy proved ineffective, Kristen resumed regular blood transfusions -- some at Mayo Clinic and some close to home.

"Every doctor we've had has been amazing and touched our hearts. They didn't just heal my body -- they healed the whole person." - Kristen Soley

The next line of treatment was a bone marrow transplant, which infuses healthy stem cells into the body to replace damaged or diseased bone marrow. All three of Kristen's sisters were happy to be tested for donor compatibility, two were considered possible candidates, and one was selected as the best match.

"It went beautifully," she says. "It's really just another transfusion."

Two days later, Kristen moved to the Gift of Life Transplant House near Mayo Clinic, where she remained for 35 days. That allowed her to be near Mayo Clinic until she had recovered enough to return home.

"I was able to go home much sooner than expected, because everything went so well," says Kristen.

As her recovery continued, however, Kristen developed acute graft versus host disease, in which the body sees the donor stem cells as something foreign and attacks them. She returned to Mayo Clinic for a couple of days for treatment. And she continues to take medication to prevent infection, because her immune system has been compromised.

"Every time something came up during this journey, Mayo was quick to respond and always got it right," Kristen says. "I've gained such trust in the staff and doctors there. I inherently trust their judgment. Every doctor we've had has been amazing and touched our hearts. They didn't just heal my body -- they healed the whole person. They could always read what we needed."

Kristen says her experience with aplastic anemia also reinforced her already-strong faith. "I have more peace and joy in my life now," she says. "I've learned that things will be fine even in the throes of life-threatening sickness."

Along with her faith, Kristen says her strong support network was key to being able to focus on her health. "We were surrounded by a network of friends and family who cared for and home schooled our kids while I was sick," Kristin says. "My sister, Monica, selflessly donated bone marrow to help me. And Mayo Clinic was there for us. We fell in love with it and Rochester."

And she's optimistic about the future. "I’m cured now -- my body is creating blood cells," she says. "It’s a great feeling to know the treatment worked."