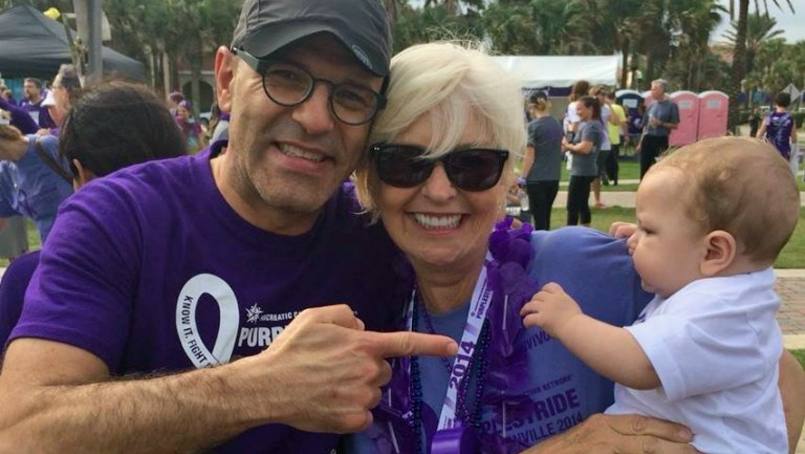 An avid runner, Judi Zitiello, 66, was forced into a six-week hiatus when she developed a meniscus tear in early 2014. The retired financial executive was always active – exercising, hosting dinner parties, and volunteering to run the JT Townsend Foundation, a Jacksonville, Florida, philanthropic organization.

Judi wasn’t too concerned about the downtime at first. She knew her body would take time to heal. But the pain lingered. Then Judi began losing weight and her energy waned.

"I didn't have the energy to get off the couch. I didn’t feel well. I was just not myself," Judi recalls. Still, she thought it must be related to her knee injury.

But when she began experiencing severe itching on her arms and torso, and her stool turned a clay color, Judi knew it was time to see someone other than the physical therapist. Little did she realize she would be starting a fight against pancreatic cancer.

At the suggestion of friends, Judi met with Kristina DeMatas, D.O., a primary care physician and sports medicine expert at Mayo Clinic. Given Judi's symptoms, Dr. DeMatas ordered an ultrasound, which showed a mass on Judi’s pancreas.

"I'm a healthy person, so this was not on my radar at all," Judi says. "Anytime someone says 'mass,' you're frightened." Still, Judi admits she never thought she might have cancer.

The following day, Judi met with Mayo Clinic surgeon Horacio Asbun, M.D., who explained to her that the mass in her pancreas was blocking the main bile duct, and she needed to have it removed.

"Mayo Clinic is a high volume center for pancreatic cancer and pancreatic surgeries, and our integrated, multi-specialty approach to care means patients like Judi, have their case reviewed in a way that it’s as if the patient is receiving second, third and fourth opinions on what is the best treatment approach for them," Dr. Asbun says.

"I feel blessed to have been treated at Mayo Clinic. I’m very vocal about my experience and tell everyone: If you have a problem, get to the Mayo Clinic, because they saved my life." - Judi Zitiello

His recommendation: Perform the Whipple procedure, a complex operation to remove part of the pancreas, part of the small intestine, and the gallbladder.

Typically the Whipple procedure is used to treat pancreatic cancer that's confined to the head of the pancreas, but it can also be used to treat other tumors and abnormalities of the pancreas, small intestine and bile duct. After performing the Whipple procedure, surgeons work to reattach the remaining portions of the digestive system so that the body can digest food and expel waste normally.

"The Whipple can usually only be done in a very small minority of patients who are diagnosed early on," says Dr. Asbun, who has been performing the procedures for more than 20 years. Judi’s mass was in close proximity to neighboring vessels. So she was presented with two options: Proceed with the Whipple or undergo several weeks of chemotherapy to shrink the mass prior to surgery.

Dr. Asbun felt confident the Whipple was best and that the procedure could be minimally invasive, without opening the abdominal cavity.

"I felt it would be beneficial to proceed with surgery, not only because surgery remains the only treatment that potentially offers patients a cure, but also because looking at Judi as a whole person, she was psychologically more ready to proceed with surgery than to have to go through an attempt to reduce the size of the tumor," he says.

"The unknown is frightening. But every fiber in my body was saying get this out," Judi recalls. "And we felt such a confidence with Dr. Asbun, with the team."

Though Judi ultimately underwent chemotherapy and radiation therapy, she’s almost back to her old self, she says.

"I don’t run now, I walk. And I get a lot of exercise with the baby," she says, referencing her 18-month-old grandson, Jude, born during her battle with cancer and who was named for her. "He was such a carrot for me," Judi says. "He really helped me heal."

Judi now spends much of her free time raising awareness for pancreatic cancer and advocating for research. She participates each year in the annual PanCan Walk and even donated her cells to the BioBank at Mayo Clinic, a research initiative that aims to build cell lines and test new treatments.

"I feel blessed to have been treated at Mayo Clinic," Judi says. "I’m very vocal about my experience and tell everyone: If you have a problem, get to the Mayo Clinic, because they saved my life." 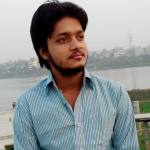