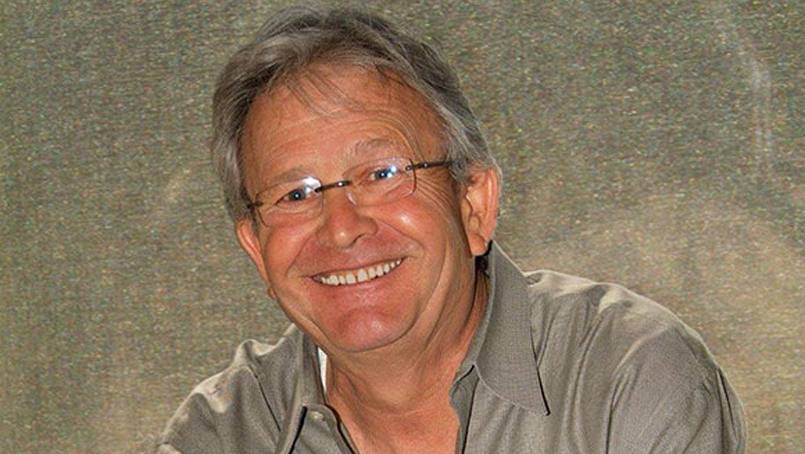 When Clint Frederick learned that he needed a heart transplant, he naturally wondered what the road ahead would look like. So he searched for a book that described the process from a patient’s perspective.

His search came up short. But it planted seed. Perhaps he'd change things for other patients.

"After I was approved for a heart transplant, I decided to keep a diary," he says. The diary became the basis for a book, supplemented by information he drew from his medical record, that chronicles Clint's 110 days on the transplant list. But his story begins long before his wait for a new heart.

A heart in decline

Clint was diagnosed with congestive heart failure in the early 1990s. The diagnosis didn’t come as a complete surprise. His lifestyle wasn't doing him any favors. "I smoked, drank, traveled for work and lived life out of a hotel room," Clint says. "I didn’t take care of myself."

He had a pacemaker and defibrillator implanted to help manage his heart condition. In 2007, his heart was further weakened by a severe heart attack. Two years later, Clint's doctors told him he’d need a transplant. He was placed on the transplant list and began the agonizing wait for a call that an organ was available — a call that could come at any time.

"Some people are on the list for days, some people for years," he says. "It depends on when there’s a match between the patient and donor."

For Clint, the wait promised to be longer than most. That’s because he had developed high levels of antibodies in his blood that would make it more difficult to find a compatible organ and increase the chance that the body will reject a new organ.

"My antibodies were off the charts," he says. "They tried to do plasmapheresis to wash my blood and reduce the number of antibodies."

The treatment didn’t work as hoped.

"My antibodies went up to almost 99 percent," Clint says. "I was told my chance of getting a new heart was very low, and that I’d probably need to be placed on an artificial heart or LVAD (left ventricular assist device) to survive."

The news was devastating. "I went into an extreme depression," he says. Then, Clint says, the unexpected happened.

A new start on Father's Day

Just a week after doctors suggested he may need an artificial heart, a compatible donor heart became available. His transplant took place on Saturday, June 19, 2010.

The next day was Father’s Day. A significant day took on even more meaning.

"I woke up on Father’s Day with a new heart," he says. "It was a miracle." For Clint, that miracle was first evidenced in the simple and profound act of taking a breath.

"You wake up from surgery and you can breathe," he says of life post-transplant. "You don’t realize how hard you work to breathe before your transplant, because you lose the ability so gradually. The loss happens slowly, insidiously."

Clint says he’s deeply grateful to his donor, a young man named Alex. Shortly after his transplant, Clint sent Alex’s mother a thank you letter through the United Network for Organ Sharing, or UNOS, the organization that coordinates the nation’s organ transplant system. She responded, and the two are now in touch via email and Facebook. Clint feels he’s gotten to know Alex through that correspondence, and has found similarities (and differences) in their personalities and habits.

"Alex was a fast driver, and my wife has told me that I drive faster than I did before my transplant," says Clint. "I tell her, ‘That must be Alex driving.’"

These days, a little too much speed is Clint's primary vice. He’s traded in his bad habits for exercise and a low-sodium diet, and he tries to encourage others to make similar choices.

"That’s one of the messages I want to get out to people," he says. "Take care of your body."

Another message: If you need a transplant, Mayo Clinic is the place to be.

"I’ve been in a lot of hospitals, and to me, Mayo Clinic is different," Clint says, adding that he lives in Arizona to be close Mayo's Arizona campus. "There’s incredible attention to detail. The care is very personal and the staff are very understanding. At Mayo, you’re not a number. You’re a name."

Not long ago, someone called Clint to tell him how much they had appreciated his book. He says it’s gratifying to know his story is helping others facing transplant.

"I would have loved to have a story like this to read before my transplant," he says.

Thanks to Frederick, now there is one. Its title: My Father's Day Heart.