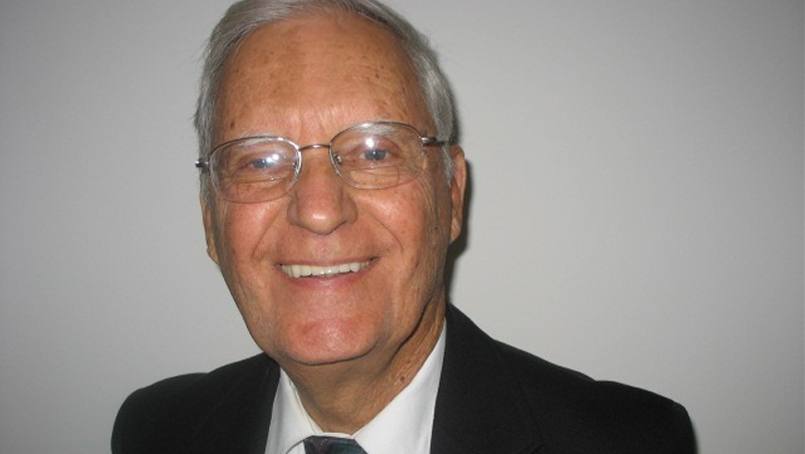 A minimally invasive procedure allows Leo DeGoursey to move on from lung cancer surgery without missing a beat.

Leo DeGoursey is used to being busy. Until age 50, he enjoyed a career as a printer. Then he made a switch and spent the next two decades developing curriculum, equipping a lab, and teaching printing at a local college. During that time, he also worked with handicapped students and learned sign language.

Now, at age 85, Leo enjoys woodworking and playing the banjo. He's active in his church, exercises regularly, enjoys socializing and spending time with his family, and takes care of all of his own household maintenance and chores.

That's impressive for anyone. But Leo's active lifestyle is all the more noteworthy because in early 2015, he had surgery at Mayo Clinic's Florida campus to remove a cancerous tumor from his lung. Within days, he returned to his usual routines without a hitch.

"Since I had never had an operation, I expected that this surgery would result in pain, perhaps severe pain, upon recovery. To my amazement I did not experience any pain," Leo says. "Two days after the surgery, I was released from the hospital and shopped at a pharmacy on my way to my daughter’s house to buy some pain medicine. I never needed it. Never once did I feel like I had been through surgery."

Leo's smooth recovery was thanks in large part to a procedure available at Mayo Clinic that makes surgery for lung cancer significantly less invasive than traditional open procedures and shrinks healing time considerably.

In March 2015, Leo noticed pain in his right shoulder blade that started to radiate down his arm. With a history of atrial fibrillation — a condition in which the heart beats irregularly — he was concerned his discomfort might be due to that. Tests revealed his heart wasn't the problem. Instead, there was a mass in one of his lungs. It was cancer.

"I expected that this surgery would result in pain ... Never once did I feel like I had been through surgery." - Leo DeGoursey

Although the diagnosis was disconcerting, the good news was that Leo's condition had been caught early. At stage one, the cancer was contained within the tumor in his lung. His cardiothoracic surgeon at Mayo Clinic, Mathew Thomas, M.D., recommended a type of surgery called uniportal video-assisted thoracoscopic lobectomy, or U-VATS.

As a minimally invasive surgery, U-VATS doesn't require the chest to be opened. One small incision is all that was needed to perform the surgery and remove the mass from Leo's lung. The benefits include less pain, quicker recovery, less time in the hospital, and fewer risks of complications than surgery with a larger incision and an opening in the chest.

Minimally invasive surgeries for lung cancer are becoming more common, with about 85 percent of the procedures being conducted that way. At the time of Leo's surgery, however, Mayo Clinic's Florida campus was the only hospital in the U.S. specifically offering U-VATS for lung cancer.

"If anyone knew they were to have the same minimally invasive surgery I did, I would tell them that it was nothing to fear, and to certainly proceed with it," Leo says. "Words cannot be found to express my satisfaction, which is total, with the doctors, nurses and all staff that I encountered at Mayo Clinic during this short stay and procedure."

Seven months after surgery, Leo notices no difference in his abilities compared to before he had the procedure. Although he needs imaging exams done twice a year for two years to check his lungs, he doesn't require any additional follow-up treatment for the cancer. And the atrial fibrillation Leo was concerned about when the lung cancer was diagnosed now is under control with medication.