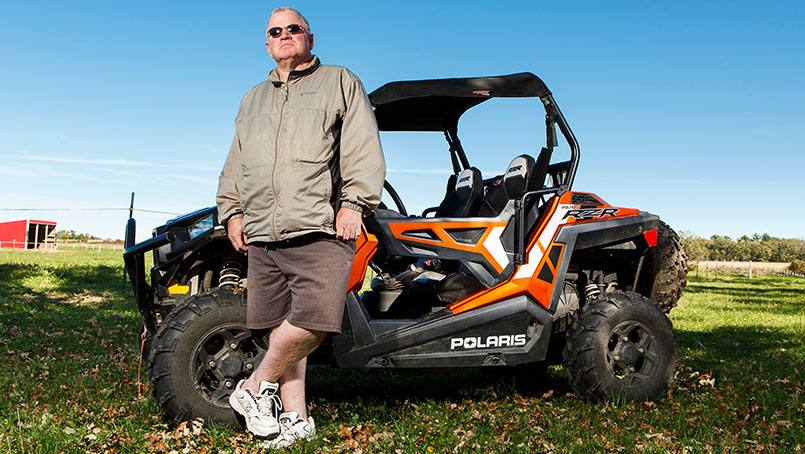 David Edming, of Rice Lake, Wisconsin, didn’t want to slow down when he retired. The U.S. Navy veteran, age 56, took up aviation and purchased a powered parachute ultralight aircraft — a three-wheeled machine with a propeller that ascends when wind fills an attached parachute.

“The thing with a powered parachute is you only fly in perfect weather,” David says. He found that perfect weather on July 2, 2013 -- a beautiful day with no wind -- and he took off from his hay field to pass by a local golf course, just as he had done many times.

After his flyby, he tried to increase altitude while making a turn, which was standard procedure. But this time, something went wrong. Although the wing should have caught the wind, it instead curled under, sending him into a nosedive.

“I immediately knew something wasn’t right,” David says. “Nothing worked, so I lost altitude. And, it doesn’t take long to drop 100 feet.”

He tried to control the parachute as he dropped at a 45-degree angle. “I knew what I needed to do, but it wasn’t working,” he says. “I tried whatever I could think of.” Unfortunately, nothing worked. 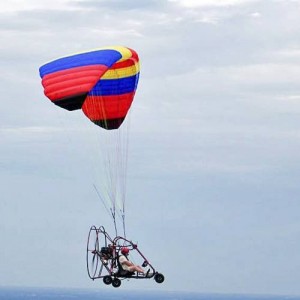 David crashed on his left side in a bean field by the golf course. “I remember a bounce, and I called for help,” he says. “When people rushed over, I told them how to turn the gas off to avoid an explosion.”

Then he told them to call his wife, Tammy. He has no memory of what happened from moment until a month and a half later.

Fernando Serna Jr., M.D., an orthopedic surgeon, recalls that David was brought to Mayo Clinic Health System in Eau Claire, Wisconsin, with multiple injuries to his left arm, thigh, ankle and foot, including open injuries with associated nerve damage. But the most life-threatening injury was his broken pelvis.

“When you break your pelvis like that, everything else inside gets jumbled up,” David says. “My intestines were cut, my spleen was ripped, and I had a bunch of nerve damage.”

David was initially placed in an induced coma, so surgeons could perform immediate repairs.

Over the next month, he underwent five surgeries. “He required external fixators at first to stabilize his injuries,” says Dr. Serna. “He also needed pins in his pelvis, leg and thigh, secured with external bars and clamps. With these in place, surgeons then performed staged surgeries to definitively fix his injuries with multiple plates and screws.”

Despite severe life-threatening and limb-threatening injuries, David has recovered well, according to Dr. Serna. “I think everybody involved has been very surprised and encouraged that he is doing as well as he is,” he says.

“I limp a bit on my left side,” David says. “But, am I a happy person? Yes. They saved my life. I thank the Mayo doctors, nurses and support staff, and most of all Tammy for getting me back on my feet.”

Although David says flying the ultralight is not an option now, he’s still active. “I still go four-wheeling, cut wood and ride my motorcycle,” he says. “Just a little slower, and I have to be a little more careful.”