Celebrating 40 Twice as Nice After Recovery From Surprising Stroke 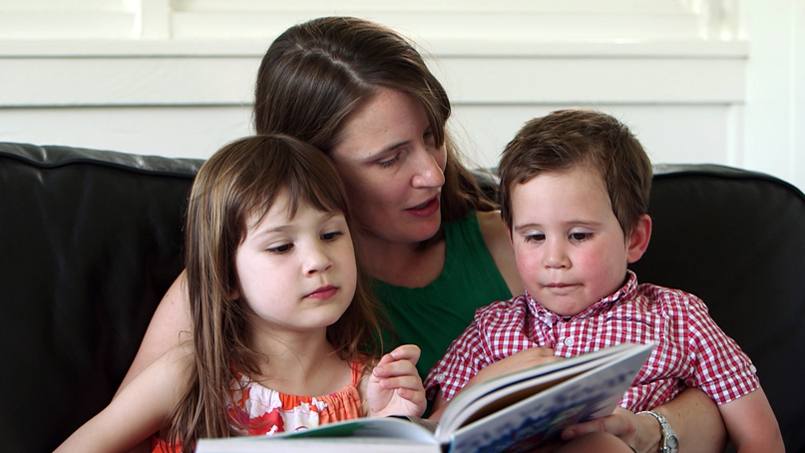 It was the Sunday after Thanksgiving, and despite having house guests, Sherry Pinkstaff, Ph.D., awoke at 6 a.m., just as she did every day, and began planning her morning run.

Sherry, then 39, ran daily. Exercise was important to her. After all, she’d made it her career. She was a professor of physical therapy at the University of North Florida in Jacksonville and a research collaborator at Mayo Clinic's Florida campus. She spends her days teaching students and patients about the power of exercise and its impact on cardiovascular health.

Climbing out of bed on this morning, though, she recalls feeling “off.” Although she initially shrugged off that feeling, she would quickly realize this was the first of several signs something more serious was in play.

Seeing the signs of stroke

“I just didn’t feel right, though I couldn’t pinpoint anything at that moment,” says the mother of two.

She thought a few moments of silent reflection in front of the Christmas tree the family had decorated the night before would help, so she made her way downstairs. Then she changed her mind and went back to wake her husband, Kevin.

Then she realized her voice wouldn’t work. She tried over and again, but no words would come out. She shook her husband on the shoulder.

In the sliver of morning light coming through the curtains, Kevin could see Sherry’s face was drooping. “She couldn’t speak and her face was drooping,” he says. “I knew this was not right so I grabbed my phone and called 9-1-1.”

“I was worried they wouldn’t believe I was having a stroke. I’m young, with no obvious risk factors, and I don’t look like the typical stroke victim.” – Sherry Pinkstaff, Ph.D.

As a medical professional, Sherry knew enough about stroke to suspect that’s what was happening, even though, she says, “I didn’t want to believe it.”

Fear began to set in because she was unable to communicate her suspicions to her husband or to the emergency medical personnel, who arrived within minutes.

“I was worried they wouldn’t believe I was having a stroke,” she says. “I’m young, with no obvious risk factors, and I don’t look like the typical stroke victim.”

A moment of relief finally came, she says, in the ambulance as they transported her to Mayo Clinic’s Comprehensive Stroke Center in Jacksonville. “I heard them on the radio call ahead to say they were coming with a possible stroke,” she says. “I was grateful and knew I was going to the best place, where my colleagues would be.” 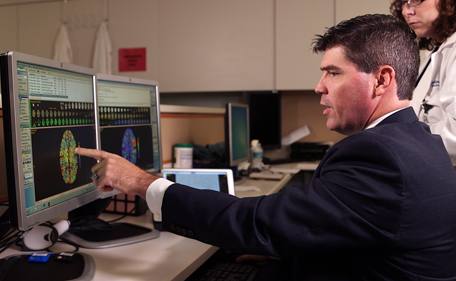 The stroke team confirmed the diagnosis. She had several blood clots, many in distal branches of her brain, which were affecting not only her speech but her entire communications center as well as the right side of her body.

Endovascular neurosurgeon Benjamin Brown, M.D., shared the grim news that Sherry's treatment options were limited due to the location and timing of her stroke.

Typically, doctors can use an intravenous clot-busting medication for patients who arrive to the hospital within four hours of symptom onset. But since Sherry had arrived with what doctors refer to as a ‘wake-up stroke,’ and no one could be sure when her symptoms began, administering the drug would be risky.

“Dr. Brown was frank that my options were limited,” Sherry recalls.

Dr. Brown and his team would attempt to surgically remove the clot via a catheter-based approach known as thrombectomy. This procedure would give Sherry the best chance at regaining her mobility and communication, though the outcome was uncertain.

“It was scary and frustrating to have my mind intact, to be able to think, but not be able to write or talk,” Sherry says.

“It was scary and frustrating to have my mind intact, to be able to think, but not be able to write or talk.” – Sherry Pinkstaff, Ph.D.

Her biggest fear, she recalls, after talking to Dr. Brown was not losing her speech but not being able to talk her children, Anna, 4, and MJ, 2 – “to not be able to say their names, or tell them I love them.”

Still, she says, “I had every confidence in the team here at Mayo Clinic – that they would do everything they could for me.”

After the surgery, staff performed hourly stroke assessments. Within a few hours of the surgery, Sherry’s arm and leg function returned to near normal.

But her voice wasn’t as cooperative. Sherry struggled to form cohesive sounds. Every hour she tried again. She even tried to write, hoping the act of forming letters would jog her brain. Tenacious in her attempts, she practiced into the wee hours of the morning, while her husband slept in a chair next to the hospital bed. 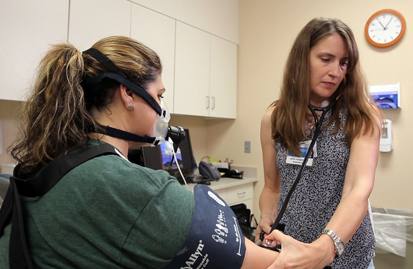 “I was so proud when I said my name!” Sherry recalls. “Then I went to work on the kids names.”

Dogged determination – and a little help from a speech therapist – and today, Sherry is back to her old self – lecturing in class, running daily and reading to her children every night. She’s recovered to the point that many guests at her recent 40th birthday celebration didn’t even realize she’d had a stroke.

“Many are surprised when I say I had a stroke because I’m not your typical stroke patient,” she says. “I’m young, I’m active, I’m healthy.”

Although doctors cannot be certain that it was the cause of Sherry's stroke, they discovered that she suffered from a patent foramen ovale, a hole in the heart, which can increase one’s risk for stroke. She’s since had the condition repaired, which will lower her risk for a second stroke.

The importance of knowing the signs

Over the past six months, Sherry has become an advocate for stroke awareness and shared her story with media and as part of American Stroke Association outreach events.

“Know the signs of stroke. Make sure the people in your life know the signs,” she says. “I was fortunate. I feel completely lucky to have had this happen to me and be cared for at Mayo Clinic.”

Hear more from Sherry about her experience in the video below.

Editor’s Note: May is National Stroke Awareness Month, and according to the Centers for Disease Control and Prevention, every 40 seconds, someone in the U.S. has a stroke. Often called a brain attack, a stroke occurs when a blockage stops the flow of blood to the brain or when a blood vessel in or around the brain bursts. Although many people think of stroke as a condition that affects only older adults, strokes occur in people of all ages.

thanks for sharing and making me aware.
rc software technologies