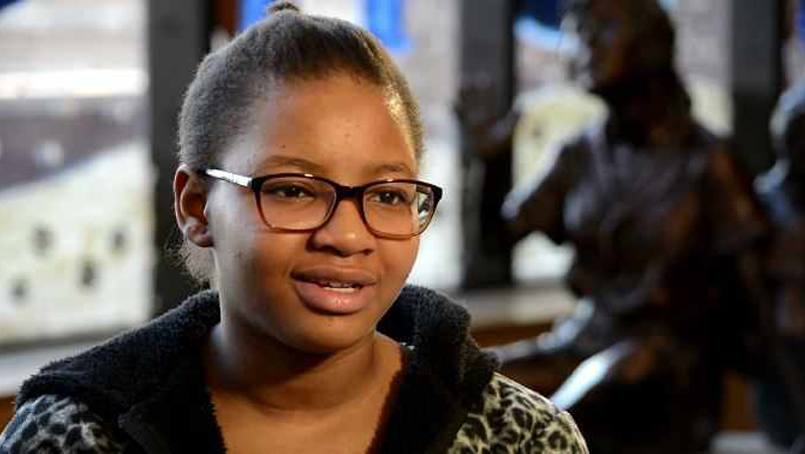 Just six months ago, every step for Amarachi Austin-Okoh was filled with pain. The 11-year-old from Nigeria had enough trouble walking. Things like running, playing tag or playing basketball seemed like a dream. But now they're things she can look forward to, thanks to a life-changing trip to Mayo Clinic.

Todd Milbrandt, M.D., an orthopedic surgeon at Mayo Clinic Children's Center, describes Blount's disease as "a failure of the growth plate to grow on the inside of the knee, specifically, the top part of the tibia." In Amarachi's case, her disease progressed to the point where she had severely bowed legs.

"We wish we could have seen her walk and be like other children," her mother says. "We were always crying for her."

"We wish we could have seen her walk and be like other children. We were always crying for her." – Modesther Austin-Okoh

Everyday activities became difficult. "It was very painful and hard, and, then, if people were walking a distance or something, I would start walking slower and slower, because it got harder and harder," Amarachi says.

Specialists at Mayo Clinic's Limb Lengthening and Regeneration Clinic knew they could help by using a team approach. Step by step, doctors were able to restore her legs to normal, so that she might enjoy the simple steps that most take for granted.

"She is very happy, and we are too, quite frankly," says Dr. Milbrandt. "She's just a phenomenal young woman and a really motivated patient," adds Mayo Clinic orthopedic surgeon S. Andrew Sems, M.D.

Her mother describes it this way: "They have given us hope that Amarachi is not someone who could just be abandoned."

wish you a better health…