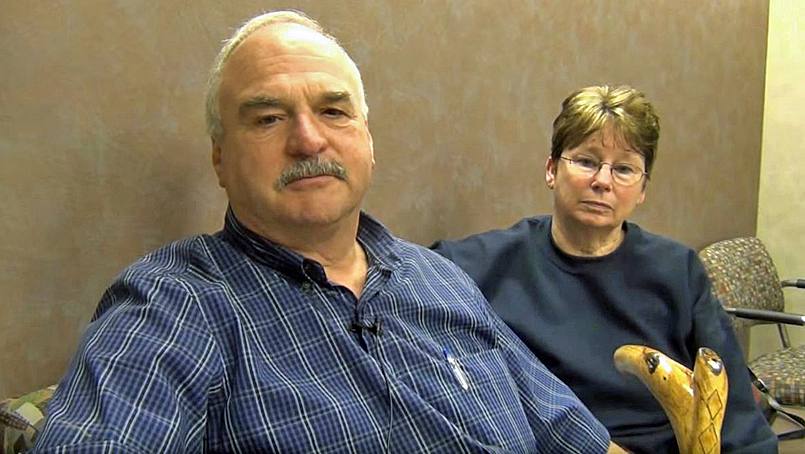 In the fall of 2014, Gary Sorcic was desperate. Severe, unrelenting pain in his legs had tormented him for 10 years. He was ready to take extreme measures.

"I told my doctor that if he had to cut my spinal cord and put me in a wheelchair to get rid of the pain, that's what I would do," Gary says.

Fortunately, that was not necessary. Instead, Gary found and enrolled in a clinical research trial at Mayo Clinic studying the effectiveness of a new technology to relieve nerve pain such as his. It made a tremendous difference. "I never imagined my legs feeling this good again," he says. "The study was a godsend for me."

He had exhausted nearly every other option.

A long road to relief

In 2004, Gary retired from his career as a general contractor in Gleason, Wisconsin. To stay busy, he worked part-time at a local home-improvement store, and he enjoyed hunting and fishing. That peaceful retirement was interrupted, however, when doctors discovered a long tumor wrapped around his spinal cord. After two surgeries, the tumor was gone, but Gary was left with the severe, persistent leg pain that he would endure for the next decade.

"It was two different types of pain," Gary says. "One, it felt like the legs were in charley horse all the time. The other one felt like they had been boiled in oil."

"I slept through the night for the first time in years ... I don't know quite how to put it into words. It's just amazing." - Gary Sorcic

Over the years, he tried everything to ease his symptoms. Pain medications either didn’t work or they made it too hard for Gary to function. In 2008, he had a pump implanted that delivered medication directly into his spinal fluid in an attempt to block the pain. That helped for a while, but it stopped being effective after about 18 months. Out of ideas and in dire need of some answers, Gary decided to go to Mayo Clinic.

After an evaluation at Mayo Clinic's campus in Rochester, Minnesota, Gary learned he could participate in the clinical trial of a new technology: MC-5A Calmare Therapy, often called "the scrambler" because of the way it works on nerve pain.

Gary's doctors suspected that much of his leg pain was due to nerve damage. Damaged nerves often send inaccurate signals to the brain that cause pain when there is no reason for it.

During Gary's treatment sessions as part of the research study, electrodes connected to the scrambler were placed near his damaged nerves. The device sent painless electrical signals to those nerves, and the nerves relayed the signals to the brain. The new signals broke the pain cycle caused by the nerve damage. They retrained Gary's brain to understand that it was not really experiencing pain.

Progress was slow, but steady. Throughout the two weeks of the research study, Gary had daily scrambler sessions, and he noticed a marked decrease in his pain. At the end of the study, his legs felt better than they had in years.

As a result of the study, researchers at Mayo Clinic found that not only does the scrambler help during the treatment period, but its positive effects often last for months afterward. The benefits are not permanent, though. Many people need follow-up treatments with the scrambler to keep their pain at bay.

For Gary, participating in the study was life-changing.

"After the scrambler, I slept through the night for the first time in years," he says. "I can do my job now without expending so much energy trying to ignore the pain. I can work more effectively and not be exhausted at the end of the day. I don't know quite how to put it into words. It's just amazing."

Gary describes his experience with scrambler therapy in the video below.