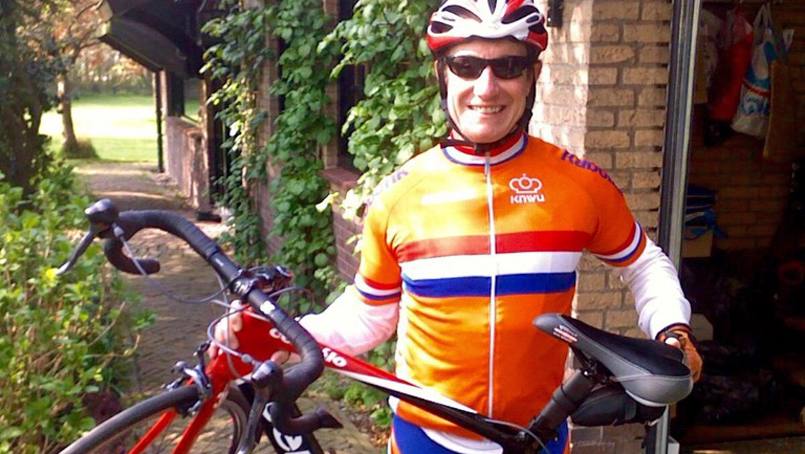 For 10 years, Jim Davis had a rapid heartbeat. He was otherwise healthy, though, so Jim wasn't particularly worried about it. He blamed the quick heart rate on his morning coffee.

In time, however, the condition began to affect his daily life. Medication didn't seem to help. When Jim sought care at Mayo Clinic in Jacksonville, Florida, his doctor discovered an underlying heart disorder that had gone undiagnosed.

Doctors were able to address his heart problems with a procedure called cardiac catheter ablation.

Today Jim's heart is still in rhythm. The rest of his life picked up the beat. "The ablation totally changed the quality of my life," Jim says. "Before it, I couldn't be the husband and father I wanted to be. The impact is priceless."

A dentist from New Smyrna Beach, Florida, Jim has always enjoyed being active. For years he was an avid runner, but eventually arthritis in his left knee made that too difficult. It was when he switched to biking that Jim realized there might be more to his fast heartrate than just too much caffeine.

"I was biking four or five times a day, and my heart rate would go way up," Jim says. "I asked one of the other bikers if his heart rate ever got up to 210. He suggested I see a cardiologist."

In spring 2009, during a trip to his wife's native Holland, Jim saw a cardiologist who diagnosed him with sinus tachycardia, a resetting of the normal heartbeat to a higher rate. The doctor wasn't too concerned and told Jim he could try a beta blocker medication. Jim wasn't convinced and wanted another opinion.

"The ablation totally changed the quality of my life. Before it, I couldn't be the husband and father I wanted to be. The impact is priceless." - Jim Davis

"I would wake up, and my heart rate would be around 140 while lying in bed," he says.

He visited two other cardiologists, both of whom agreed with the original diagnosis and medication.

"As I continued taking the medication, my quality of life went way down," Jim recalls. "I couldn't enjoy my baby daughter because I was so tired all the time. I had cut back my work schedule. And if I rode my bike, I'd go to bed afterwards. This condition was affecting my whole life." 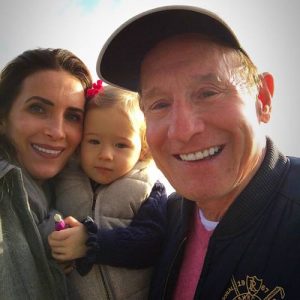 "It was evident the first time we met that Mr. Davis had a very bad quality of life," says Dr. Kusumoto, who performed a series of tests in an attempt to gain an accurate diagnosis.

There are several types of tachycardia. While all cause rapid heartbeat, according to Dr. Kusumoto, there are differences based on the location of and the cause of the abnormal beats.

"The question I was trying to answer was 'Was his normal beat set too high or was it really an arrhythmia?'" Dr. Kusumoto says.

"Over a period of several months, I gave Jim different medication that works on abnormal beats rather than normal beats," he says. "Ultimately, his response to the medication allowed us to discover that sinus tachycardia was not actually the cause of his fast heartbeat."

With additional studies, Dr. Kusumoto identified that Jim had a nest of cells in the right atrium of his heart. Those cells were causing his abnormally rapid heartbeat. This condition is known as cristal atrial tachycardia.

"This was something we could fix," says Dr. Kusumoto, who recommended minimally invasive cardiac catheter ablation to destroy the small area of tissue that was responsible for the arrhythmia.

Jim underwent the procedure in October 2015. The results were immediate.

"He gets to know you. He listens to you. It's a combination of competence and genuine compassion." - Jim Davis

When he recovered from the anesthesia, his heart rate was normal. Two weeks later, Jim competed in a 30-kilometer bike race, coming in second out of 40 competitors.

Jim says he is grateful to Mayo Clinic and recommends Dr. Kusumoto whenever he can. "He gets to know you. He listens to you," Jim says. "It's a combination of competence and genuine compassion."

my heatbeat starts to govfaster only when i go to sleep.it does wake me up at nite.when i wake up and seat or walk slowly starts slowing down.i feel a little disconfort in my left part of the chest.i was just in the hospital for 24 hrs for bp and this didnt happen.i was drinking some tamyflu for a cold and it was when i started to have the problem.i fid stop drinking the medicine but still have the problem.im worry abuot this.im 56 n never had heart probkems.

Thank you for your comment. Unfortunately, we cannot diagnose conditions, provide second opinions or make specific treatment recommendations through this website. If you would like to seek help from Mayo Clinic, please call one of our appointment offices (Arizona: 480-301-1735 Florida: 904-953-0853 Minnesota: 507-284-2511).

What do you do if an ablation for ventricular tachycardia doesn't identify the source?