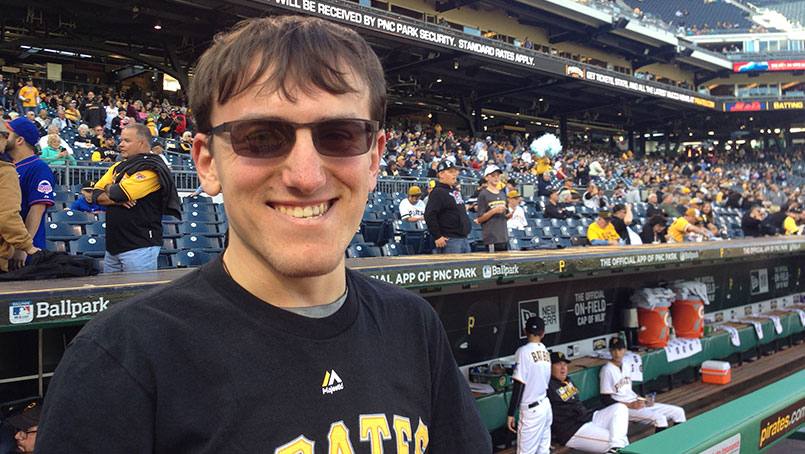 For 14 years, Brad Lewis never knew quite what to expect when he woke up in the morning. A rare genetic disorder, tuberous sclerosis, caused a variety of health problems. But the one that disrupted his life the most was epilepsy. At one point, Brad was having as many as 80 seizures a day.

“Seizures are so unpredictable. If Brad wasn’t having a seizure, he was worried about having a seizure,” says his mother, Bernadette Lewis. “It affected every minute of his life, whether he was at school, with friends or at home.”

Brad was also dealing with other complications from his medical condition. After trying many medications and going through multiple surgeries, Brad’s parents decided they needed another expert to weigh in on the situation. That brought the family to Nicholas Wetjen, M.D., a neurosurgeon , and Lily Wong-Kisiel, M.D., a neurologist, at Mayo Clinic in Rochester, Minnesota, campus.

“As Dr. Wetjen reviewed Brad’s medical history, he asked us if anyone had mentioned the possibility of epilepsy surgery,” recalls Bernadette. “We said no. It wasn’t on our radar screen at all at that time.”

Surgery turned out to be exactly what Brad needed. The day before he went in for the procedure in February 2011, he had 20 seizures. Since then, he hasn’t had any. And that's brought a peace of mind that's hard to quantify.

From the time Brad was born until his early teens, seizures were part of his everyday life. The type of seizures he had, simple partial seizures, typically don’t cause a loss of consciousness, but they can lead to involuntary jerking of arms, legs or other parts of the body. They may cause tingling and dizziness. These seizures also can lead to emotional changes or alter the way things look, smell, feel, taste or sound.

Brad tried a dozen different seizure-control medications. Although some were effective for a while, nothing worked long-term. Over time, dealing with seizures made it increasingly difficult for Brad to do the activities he enjoyed. He liked to play baseball, practice karate and participate in theater productions. But as he grew older, the seizures became more intense and harder to control. As that happened, his confidence began to wane.

“Frankly, the reason Brad had the surgery was because Dr. Wetjen was honest with us ... He felt safe there, and we felt we could trust them.” — Bernadette Lewis

“He was afraid to sign up for things because he knew he would have a seizure while he was there,” Bernadette says. “Sometimes the seizures were obvious to the people around him. Sometimes they were not. But he would have them all the time. It made life very difficult.”

At the same time, medication for Brad’s seizures was becoming less reliable, other medical concerns related to the tuberous sclerosis continued. Bernadette began to look for someone who might be able to offer them new options.

“I had heard of Mayo Clinic, of course, but we’d never been there,” she says. “As I looked for a neurosurgeon, it seemed like going to Mayo Clinic would be a good choice.”

When Brad and his parents met Dr. Wetjen, the physician’s suggestion to consider surgery initially surprised them. Epilepsy surgery involves removing the area of the brain where the seizures originate. The family assumed that because Brad’s seizures weren’t life-threatening, the risks of this invasive surgery outweighed the potential benefits. But as Dr. Wetjen talked with them about the likelihood of medication being able to effectively control Brad’s seizures, the trio began to see things differently.

“Frankly, the reason Brad had the surgery was because Dr. Wetjen was honest with us,” Bernadette says. “He told us clearly what the statistics were for our son to become seizure-free on medication, and it was only about 1 percent. We didn’t know that. Others had given us what we now feel was false hope, where Dr. Wetjen was straight with us. Because of that, our son wanted to go through with the surgery at Mayo Clinic. He felt safe there, and we felt we could trust them.”

“We felt like we were part of the team. The doctors and nurses listened to us. They took our opinions and thoughts seriously.” — Bernadette Lewis

The specific kind of surgery Brad needed is called a cortical resection, where surgeons remove a portion of the cerebral cortex — the thick gray tissue that makes up the outer layer of the brain. Although it was a complex procedure, all went smoothly for Brad. After surgery, he remained in the hospital for five days. While he was there, his parents were impressed with the care he received.

“My husband and I are very involved parents. We are always at the hospital with Brad, always staying on top of things,” Bernadette says. “At other places, we felt like we had to be that way in order to make sure Brad got what he needed. But when we were at Mayo Clinic, whenever my husband and I would think of something, it was already taken care of, or they had already thought of it and it was under control. Everything was timely, consistent and professional.”

The couple also appreciated being included in discussions about their son’s care. “We felt like we were part of the team,” Bernadette says. “The doctors and nurses listened to us. They took our opinions and thoughts seriously. They treated us with respect.”

Since the surgery, Brad no longer worries about having seizures and is pursuing a much more active life. Now 19, he’s graduated from high school and is taking college courses while working for his local YMCA. He and his family can enjoy outings that used to cause them anxiety. Going out to dinner and taking vacations are no longer a source of stress and concern.

“It’s surreal to us that he hasn’t had seizures in five years. I didn’t realize how much the seizures affected his life, our lives, until he stopped having them,” Bernadette says. “When your child gets sick, you don’t have time to stop and contemplate what ‘normal’ life was like before, you just do what you need to do. When the seizures stopped, the difference was huge.”

“Everything at Mayo Clinic went great ... Without seizures, I feel free.” — Brad Lewis

The surgery didn’t come without complications, though. As a result of the procedure, Brad doesn’t have full control of his left leg, and he walks with a limp. He told his family, though, that even knowing he would have such a physical limitation afterward, he would still go through with the surgery.

“He says he may walk with a limp now, but when he wakes up in the morning, he knows what he’s dealing with, and he’d rather have that than the unpredictability of the seizures,” Bernadette says.

From Brad’s perspective, going through surgery and working with his care team at Mayo Clinic was a success.

“Everything at Mayo Clinic went great. Everyone did a good job,” he says. “Without seizures, I feel free.”

Marvelous post you share actually I am regular fan of your site and i read this full post till end and I like it very much. I recently came across your blog and have been reading along. I thought I would leave my first comment. I don’t know what to say except that I have.

I raised four children. I have Tuberous Sclerosis. Three of my children were diagnosed with it also. One of my children was born in 1971 and died in 1989. In 1989 the doctors found a tumor at the base of her brain, they said about the size of a large lemon. They said it was a 50–50 chance between life and death. They got the tumor out, but they did not allow enough space in their openings for the shunts to drain, whatever was supposed to drain. On the third day, she went into a severe seizer and the opens where the shunts were shut them off, she died. Now the doctors tell us that at least three of my grandchildren have Tuberous Sclerosis also.