After Sinus Surgery at Age 82, Charles Metzler Is Breathing Easy 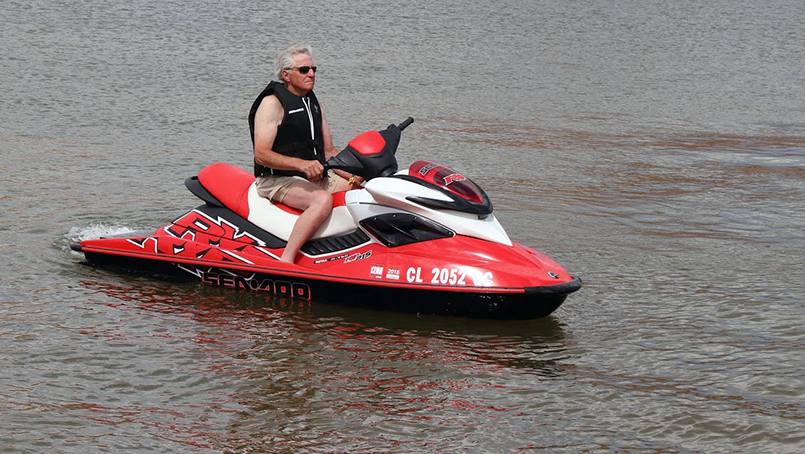 If you go looking for Charles Metzler, you’ll often find him out on the acreage he owns in the Rocky Mountain foothills near Casper, Wyoming. The 82-year-old spends his days tending his well-manicured lawn, caring for his troop of animals — ducks, rabbits, a pot-bellied pig named Mimi, and a miniature donkey named Haley — and working on projects to spruce up the property. He even acquired timbers from an old railway station that was being torn down and built a covered bridge over a stream on his land.

For years, though, Charles’ activities were hampered by breathing problems. Chronic sinus trouble made breathing through his nose very difficult. He knew surgery might correct the problem, but he hesitated to go through with it.

“I’ve had problems with my nose ever since my high school days. I saw quite a few doctors, and they all informed me that I probably should have my nose operated on, so I would feel better,” Charles says. “My problem was that I was always scared of having the operation. Then I met Dr. [Erin] O’Brien. It was just the manner in which she explained the surgery to me — what would occur and the benefits I’d derive from it. Her manner relaxed me. After that, I wanted to have that operation.”

Looking back, Charles can hardly remember a time when he didn’t have trouble breathing through his nose. Over the years, he simply learned to cope with it the best he could. That got harder as he got older, though, and the problem seemed to get worse. Eating became tricky because he couldn’t breathe and swallow at the same time. Nights were long, as difficulty breathing made it hard for Charles to sleep.

Then in January 2016, when he came down with a severe cold, Charles’ breathing became very labored. His daughter, Yalonda Kaufman, urged her father to make an appointment to have his condition evaluated at Mayo Clinic. Both Yalonda and Charles had been to Mayo Clinic's Rochester campus before, and they liked what they found there.

“For years, I avoided that surgery. But with Dr. O’Brien, I felt like I could go through with it. I trusted her.” — Charles Metzler

“We knew we could rely on the staff at Mayo. They were always impressive,” says Yalonda. “So when this episode happened where he couldn’t breathe at all because of the cold, we called Mayo and were able to get an appointment. That was a relief because the situation seemed bad. Nasal sprays didn’t work. Steroids didn’t work. Dad had a lot of anxiety about what was happening. At that point, he was desperate.”

When Dr. O’Brien assessed Charles’ situation, she found that he had a deviated septum obstructing one of his nasal passages. In addition, severe nasal polyps completely filled his nose, making it impossible for Charles to breathe through his nose and eliminating his sense of smell. 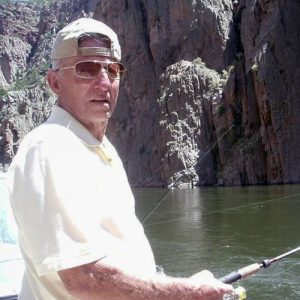 Dr. O’Brien walked Charles through her evaluation and explained that, with surgery, she could relieve his discomfort, allowing him to breathe normally again. That conversation made all the difference.

“I wish I could tell you exactly what it was that she said to ease my mind,” says Charles. “Through her briefing, and the way she explained everything in such a calm, professional way, she took the fear away. For years, I avoided that surgery. But with Dr. O’Brien, I felt like I could go through with it. I trusted her.”

Once he made the decision to move forward, Charles was eager to have the surgery done right away. To avoid sending him home to Wyoming and requiring another trip back to Minnesota later, Dr. O’Brien added Charles to her surgical schedule for the following day.

“I was surprised Dr. O’Brien changed her schedule around to accommodate mine,” says Charles. “She fit me in even though she already had a full day. That was tremendous.”

A world of difference

During the surgery, Dr. O’Brien and her surgical team corrected Charles’ deviated septum with a procedure known as septoplasty. They removed all the polyps and opened up his sinus passages. The team was able to use a technique called endoscopic sinus surgery that allowed them to open the blocked passages and restore natural drainage without making any incisions. After recovering at Mayo Clinic Hospital, Saint Marys Campus overnight, Charles returned home. Since then, his breathing problems have been a thing of the past.

“After the operation, it’s been completely different for me,” Charles says. “All my issues with my nose are gone. I’m not bothered at all by my breathing. I feel good. It’s a relief not to have to be concerned about that anymore.”

“I wish I would have come to Mayo Clinic for this surgery sooner. It’s made a world of difference to me.” —Charles Metzler

When thinking back on the experience at Mayo Clinic for her father’s surgery, Yalonda is particularly struck by the way Charles’ caregivers worked together to offer him the best possible options. “It’s not just one opinion; it’s a team. We feel like we don’t run into egos at Mayo Clinic. They deal with issues together as a group,” she says. “That was a comfort. It gave us peace of mind.”

As for Charles, his opinion of what he went through at Mayo Clinic to resolve his long-standing sinus problems is clear.

“I would recommend that surgery and Dr. O’Brien and Mayo Clinic to anybody with a condition like mine,” he says. “I have nothing but praise for all the staff. They are all very professional, no matter what they do. I wish I would have come to Mayo Clinic for this surgery sooner. It’s made a world of difference to me.” 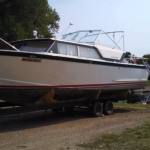 I had the same thing done several years ago by Dr Kern. Im pretty sure he is retired by now, But what a difference the surgery made!!