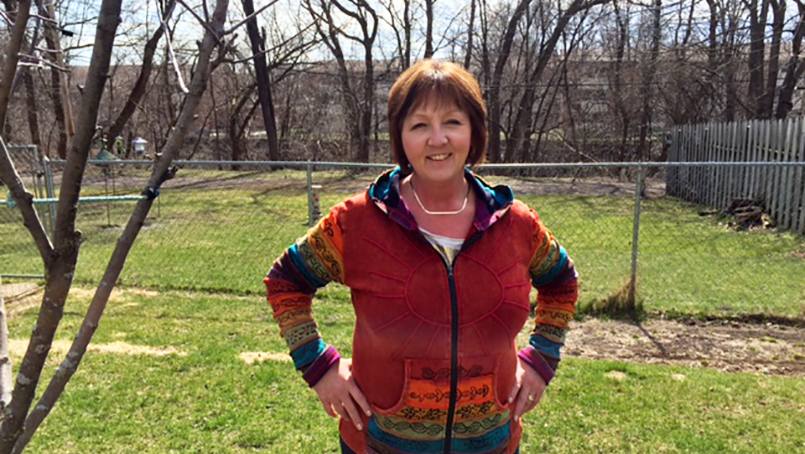 As a first surgical assistant for 23 years with Mayo Clinic Health System, Shari Callaghan was trained to provide the utmost in care to her patients. But the 55-year-old resident of Chippewa Falls, Wisconsin, says she didn’t fully grasp the quality of care Mayo patients receive until she became one herself.

For 31 years, Shari had been an accident-free motorcycle rider. In September 2015, she was involved in a devastating crash. Shari may never fully know what happened that day — the traumatic brain injury she sustained despite wearing a helmet wiped away her memories. But she does recall an ever-present sense of support throughout the time she spent in the hospital at Mayo Clinic Health System in Eau Claire, Wisconsin.

“I have been on the other side and am thankful,” Shari says. “The patient does come first.”

On the receiving end of care

Shari had always been a conservative rider who followed the rules of the road and didn’t drink. Her husband, Cary, taught her how to ride a motorcycle when she was 24, because he believed it safer to be a driver than a passenger. But on Labor Day 2015, while Shari, Cary and a group of friends were out for a ride, something went terribly wrong.

The riders with her that day report that the front wheel of Shari’s bike appeared to wobble when she rounded a curve, which caused her to lose control of her bike and go into a skid. She careened into a truck, slid underneath the pontoon it was towing, and was run over.

“I can’t fathom it, all these years being a safe rider,” says Shari, who cannot remember the accident or the ensuing days in the intensive care unit. “Something distracted me; I don’t know.”

When Shari arrived via helicopter to the Emergency Department at the Luther Building at Mayo Clinic Health System in Eau Claire, the response was fast and furious. A team of specialists was immediately called in, and within hours Shari was in the operating room. It was a response that echoed her experiences as a surgical assistant in the operating room on the other side of the gurney.

“Whenever we had a level-one trauma come in, we had to respond quickly,” Shari says. “I’ve always thought that the people there were very professional and respectful to the family members and the patients. It’s a scary time for a lot of people.”

In the thick of severe injuries

Shari’s care team discovered that as a result of the crash, she had not only sustained a traumatic brain injury, but fractured her pelvis and several cervical vertebrae, as well. All of the ribs on her left side were broken, and her left lung was punctured. Shari’s right rotator cuff was damaged, her right tibial plateau was broken, and her right index finger was dislocated.

Following the initial surgery that centered on repairing her damaged lung, the focus shifted to Shari’s head injuries. The swelling was such that the next day she was intubated and put into a medically induced coma. The brain injury also caused Shari to forget how to swallow, so she required a feeding tube. On Sept. 11, 2015, she woke up and, while she doesn’t remember it, pulled out her breathing tube.

“My husband told me that every day he was checked on. When I was in the ICU, social workers talked to him a lot, and I was impressed that someone was watching over him too.” — Shari Callaghan

“My husband and dad were there, and they said I kept trying to say something,” Shari says, adding that what she was trying to say over and over was: “I’m alive!”

Not only did her nurses and physicians provide Shari unparalleled care and treatment throughout her hospital stay, she says, but the attention her husband received during her acute recovery was equally remarkable.

“My husband told me that every day he was checked on,” Shari says. “When I was in the ICU, social workers talked to him a lot, and I was impressed that someone was watching over him too.”

Shari says she has always been a go-getter, but her recovery forced a shift in her perspective.

“People who know me, know I’m like, ‘How come that’s not done yesterday?’” she says. “I think through this whole process I just had to accept that I can’t do anything right now, but I can keep working through it.”

Shari’s ability to remember began returning in late September, just after a surgery to repair her tibial plateau. One of the most poignant memories she has is of her transfer from Luther to a rehabilitation center on Sept. 23.

More than 30 doctors, nurses and support staff who knew Shari first as a co-worker and then as a patient, filled the hospital entrance to send her off. They were there to give her hugs, handshakes and tissues to wipe away tears of happiness that streamed down her face.

“It was very heartwarming,” she recalls.

When she was discharged back home after her acute rehabilitation, the special treatment Shari received from her Mayo Clinic Health System family didn’t end.

“I am so blessed to work with such a great group of people.”  — Shari Callaghan

“The OR and clinic staff and friends took turns and brought or cooked two meals a week when I was home recovering,” Shari recalls. “I had so many positive thoughts and prayers, and lots of help from all my great co-workers.”

Throughout the 11 months following her accident — the longest time she’d ever been away from work — Shari’s recovery moved steadily forward.

“I believe part of the reason my recovery was so great was because I had all the specialty doctors there right away,” she says. “Dr. (Bradley) Grewe was my general surgeon and trauma doctor when I arrived. I also had consults with neurosurgery and orthopedics. All these doctors saw me right away.”

On Aug. 8, 2016, Shari was cleared to go back to work as a surgical assistant in urology. Beginning at only five hours a day, Shari’s ever grateful to be back at work helping others.

“I'm so happy to be back to work and have some normalcy in my life now,” Shari says. “I am so blessed to work with such a great group of people — I have friends all over the hospital from working there 23 years. Mayo is my family also.”